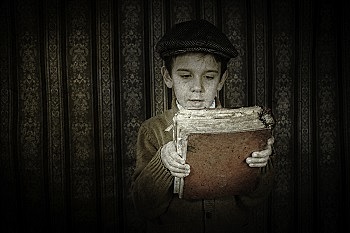 December 18, 2019
My previous essay considered Smith’s discussion of education as a form of socialization and acculturation, but today, many of us think of education as something that happens in schools. Smith’s comments about schooling are dominated by concerns about quality. His most detailed remarks about formal education are paired with market-based recommendations. They are found in two chapters in The Wealth of Nations dedicated to outlining how the sovereign should manage the cost of public education, conveniently titled “Of the Expence of the Institutions for the Education of Youth” (WN V.i.f.) and “Of the Expence of the Institutions for the Instruction of People of all Ages” (WN V.i.g). They even contain the claim that families of students who attend public schools should pay their teachers small sums to supplement their salaries (WN V.i.f.55). Not surprisingly, Smith sees competition as improving teacher quality and complains about the laziness of instructors who are too secure in their jobs. Here he has his own professors at Oxford University in mind, snidely remarking that they had “given up altogether even the pretence of teaching” (WN V.i.f.8).


The main differences between the two chapters are the scope and institutions of education. Children should be educated through accessible and inexpensive parish (district) schools. Adults, in turn, should receive some sort of lifelong education through religious organizations, and civic events. To a certain extent, Smith’s comments are a response to Bernard Mandeville, Smith’s major foil. In The Fable of the Bees, Mandeville polemically remarks that one should never educate the poor because it teaches them to be dissatisfied. As he puts it, “by bringing them up in Ignorance you may inure them to real Hardships without being ever sensible themselves that they are such” (Fable I.317).


As a form of rebuttal, Smith implies that educating the poor is a moral necessity. Their lives in the factories are difficult, inspiring them to be drunk, dissatisfied, and violent on their time off. The repetitious nature of the division of labor “benumbs” their understanding (WN V.i.f.51, V.i.f.61). Education can counter this, Smith argues. It can occupy workers’ minds and encourage their sociality. An educated populace, he observes, is always “more decent and orderly than an ignorant and stupid one” (WN V.i.f.61). It is worth noting here, that in this instance, order comes from a person’s choice and their developed character, not through force or fiat. For Smith, education makes order and liberty compatible.


Even more so, an educated populace is less susceptible to fanaticism. Religious factions are “highly pernicious,” Smith claims, because true-believers perceive their denominational precepts as superseding human laws and the rules of justice. As an antidote, he recommends mandating education in science and philosophy. Scientific knowledge undermines superstition which weakens the factionalist appeal of denominational religion. I do not mean to suggest that Smith is anti-religion. Again, he sees religious organizations as being the central vehicle for adult education. And in Theory of Moral Sentiments, he observes that the general rules of morality are “best regarded as the laws of the deity,” because people will be more likely to abide by human morality if they think it is sanctioned by God (TMS III.5.3). Nevertheless, his goal is to support moderate religious belief. He wants to avoid any form of sectarian extremism.


Lifelong religious learning builds on the childhood education in reading, writing, and household record keeping that Smith recommends. In that vein, Smith also flirts with the idea of replacing customary lessons in Latin with elementary courses in geometry and “mechanicks”—the branch of physics concerned with the behavior of physical bodies (WN I.i.f.54). Here his justification is utilitarian, not political, as he argues “there is scarce a common trade which does not afford some opportunities of applying” these studies (WN V.i.f.55).


One shouldn’t be too swayed by the last citation. It is the only moment in all of Smith’s work where education is justified economically. Smith’s interest is education is not vocational; it is moral and characterological.


I’d like to add one final subject matter to Smith’s curricular comments, although it is a bit more controversial than my previous remarks. As I argue elsewhere, while Smith is not explicit about it, there is reason to interpret Smith as implying that the masses should receive education in the arts and literature, as we understand them now, because they help cultivate the moral imagination (Weinstein, 213-214). If we accept all of his recommendations, Smith would claim that “the literary education of this rank of people would perhaps be as complete as it can be” (WN V.i.f.55). By literary education, Smith probably means education from books, rather than experimental education or training.


Vocational training, or apprenticeship as he calls it, is addressed separately from all of Smith’s other comments on schooling. Apprenticeships are part of the market process. They are not the responsibility of the sovereign; they should be controlled by the guilds. Nevertheless, Smith is insistent that the apprentice structures that existed in his time needed to be reformed. They were more akin to servitude than school. Apprenticeships, for Smith, are “the epitome of the restrictions of the principles of competition and liberty.” It is unjust, he argues, that “during the continuance of the apprenticeship, the whole labour of the apprentice belongs to his master” (WN I.x.b.8). As I write elsewhere:

Smith implicitly makes the distinction between what has been traditionally been called a liberal education and what would now be considered vocational training. Liberal education is concerned with the human experience—the cultivation of a person as a moral agent and social being—and vocational training is concerned with commercial activity—the cultivation of skills required for workers and merchants. It is for this reason that Smith highlights the role of economic incentives that motivate the apprentice. The apprentice’s impetus for pursuing education is different from that of students in general; apprenticeships often promote idle character (WN I.x.c.14, Weinstein, page 200).

There are unanswered questions in Smith remarks on education. For example, he never states outright that education should be mandated universally. His comments are aimed at mitigating the suffering and unhappiness of the poor. Smith has faith that the rich will be motivated to educate themselves and their children. The poor, however, must be encouraged with “small premiums” and “little badges of distinction.” (WN V.i.f.56). Is this elitist? Probably not. Smith was very concerned with upward mobility, writing to encourage the universal motivation that all people have to better their own condition.


Smith also has an eye on the leadership and merchants. Twice he suggests instituting an educational requirement and probationary period before permitting freedom of corporation, trade, or the holding of certain offices (WN V.i.f.57, WN V.i.g.14). Some scholars have found this to be inconsistent with Smith’s perception that liberty involves people choosing their own professions as they see fit, but that would be a different conversation for another time. Smith’s comments on education are definitely not as robust as we might like, but they are a compelling thread to pull for the interested reader.


Finally, Smith never articulates a clear public policy on educational funding. He is obviously in favor of publicly-financed schooling, but is silent as to how the funds are to be raised or distributed. He offers no clue as to what proportion is to be publicly financed, or how much students and their families should contribute privately. Regardless, Smith is clear that education is in the public interest for moral, political, and economic interests. He is committed to the idea that the sovereign must facilitate and cultivate public institutions of learning. His educational content is, in many ways, similar to the general liberal-arts education we are familiar with today.


There is much more to be explored in Smith’s theory of education; a lot of it has not yet been written. What is certain is that both formal and informal education are linchpins in Smith’s system, and scholarly neglect of the subject has done a disservice to generations of readers. Smith was, of course, a teacher himself. He was a professor and a private tutor. TMS was first formulated as lectures presented to his students at Glasgow College and WN was initially drafted as he spent two years chaperoning his tutee and charge, The young Duke of Buccleuch, on a trip through France. It would therefore be more than odd to think Smith had nothing to say on the subject. It would be, to use one of his favorite terms, a perversion.