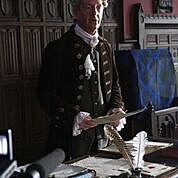 October 16, 2019
Many great moral philosophers included important claims concerning moral education in their theories. This is certainly true of Plato, Aristotle, many of the medievals, Hume, Kant, and others. Their claims about moral education are often a reliable guide to what they think is most important in their anthropologies, in their conceptions of what human beings are like, what sorts of virtues are most significant, and how human beings can acquire virtues. Adam Smith also paid careful, nuanced attention to issues of moral psychology and moral education. He had a novelist’s eye for details of moral life and moral experience, and his reflections on those details present a rich and subtle appreciation of human sensibility. Also, if we keep in mind that The Theory of Moral Sentiments is, in large measure, based on lectures he was delivering to undergraduates—young men perhaps not yet sixteen years old—it helps us to see that it is a combination of observation, analysis, explanation, and prescription, indicating the contours of virtue and how they are to be formed by moral education.
For Smith, much of moral education is focused on the texture and suitability of various sentiments and reflection upon them, rather than, say, the inculcation of rules. Smith did indeed believe there are important moral rules but he also held that

They are ultimately founded upon experience of what, in particular instances, our moral faculties, or natural sense of merit and propriety, approve, or disapprove of. We do not originally approve or condemn particular actions; because, upon examination, they appear to be agreeable or inconsistent with a certain rule. The general rule, on the contrary, is formed, by finding from experience, that all actions of a certain kind, or circumstanced in a certain manner, are approved or disapproved of.  [1]

In Smith’s view moral education is not mainly a matter of learning rules of right action, though there are numerous such rules (do not steal; do not assault unprovoked; tell the truth; and so on). Rather, moral education is chiefly a matter of coming to have the sorts of dispositions and motivations such that the person acts rightly and does so reliably. This involves having certain forms of attention and receptivity, and also engaging in certain reflective exercises of imagination, those of an impartial spectator. Acting rightly is not a thoughtless matter of habit though certain (thoughtful) habits can be critically important to acting rightly.
Alexander Broadie has noted that,

Thus, Smith studied moral life empirically, but not just by reporting facts about it. Smith did not have an a priori conception of morality that he applied to facts about social and moral life. He considered the empirically rich and textured aspects of experience, interaction, and judgment and articulated a conception of them, disclosing their ethical significance. He presents an empirical but not merely descriptive anthropology, and his view of moral education is an important part of it. It is a naturalistic view insofar as it focuses on facts that are ascertainable empirically. But it is not merely descriptive because the facts themselves can be shown to be ethically significant.
It was an important part of Smith’s view—and the views of the British Moralists generally—that human beings exhibit a natural sociability. They did not mean that persons are never selfish or even that they do not generally show a preference for their own interests. It is quite clear that people do generally give priority to their own ends and interests. Smith meant that people do not typically need to be argued into having concern for the wellbeing and interests of others, as though they have no inclination at all to have concern for others. People are not naturally so exclusively self-interested that taking others’ feelings, needs, and interests into account is contrary to their natural disposition.
The ways that we are responsive to others, and the dispositions we develop regarding how we treat others depend on how we are habituated and what sorts of examples others set for us. Part of sociability is that we do not develop moral motives and attitudes entirely on our own, independent of others. We are always in society, even if it is only the domestic society of family. At the same time, one can only experience one’s own feelings directly. We can represent those of others through sympathetic reproduction, and we can consider the extent to which our sentiments are in agreement with those of others. Still, ultimately,

Every faculty in one man is the measure by which he judges of the like faculty in another. I judge of your sight by my sight, of your ear by my ear, of your reason by my reason,  of your resentment by my resentment, of your love by my love. I neither have, nor can have, any other way of judging about them.  [3]

Nature, when she formed man for society, endowed him with an original desire to please, and an original aversion to offend his brethren. She taught him to feel pleasure in their favourable, and pain in their unfavourable regard. She rendered their approbation most flattering and most agreeable to him for its own sake; and their disapprobation most mortifying and most offensive. [12]

It is an important part of his view that generally, one “desires, not only praise, but praiseworthiness; or to be that thing which, though it should be praised by nobody, is, however, the natural and proper object of praise.” [13] And, “Neither can we be satisfied with being merely admired for what other people are admired. We must at least believe ourselves to be admirable for what they are admirable. But, in order to attain this satisfaction, we must become the impartial spectators of our own character and conduct.” [14] Well ordered moral education is a training of sensibility and reflection to become and remain focused on what genuinely merits praise, and to steadily desire to be thought well of on account of one’s genuine virtues. That requires acting in the appropriate ways. It is not just a matter of appearances.
In that respect Smithian moral education has a point very like Aristotelian moral education, and Smith’s notion of propriety has numerous affinities with Aristotle’s view of ethical virtue. Both centrally involve a shaping of the passions and sentiments in ways that avoid excesses and defects. This is very familiar in Aristotle but it is also true of the “kind of affective dialogue that Smith describes in his account of the process by which mutual sympathy is achieved.” [15] Smith himself wrote, “The propriety of every passion excited by objects peculiarly related to ourselves, the pitch which the spectator can go along with, must lie, it is evident, in a certain mediocrity.” [16] (By that Smith meant something like a mean.)
It is in that “affective dialogue” that the greatest part of moral education is achieved (or not). It is in the complex ways that we respond to others, and in the ways persons adjust and revise their feelings so that they are more in harmony with others that moral education occurs. Of course, various explicit forms of guidance and encouragement can be part of this. But a key point is that the very activity of participating in the multiple departments of social life in a society with a wider rather than narrower range of voluntariness is how we develop our moral understanding and awareness. The importance Smith attached to being in harmony with others and the distinctive pleasures that come from agreement in sentiments is evident and can be reinforced in any context of human activity.
When moral education has succeeded persons have thoughtful, informed, prudent concern with their own interests while also valuing sympathetic union—a “correspondence of sentiments”—with others, along with a durable concern to see that justice is served.

The man of real constancy and firmness, the wise and just man who has been thoroughly bred in the great school of self-command...He does not merely affect the sentiments of the impartial spectator. He really adopts them. He almost identifies himself with, he almost becomes himself that impartial spectator, and scarce even feels but as the great arbiter of his conduct directs him to feel. [17]

The aspiration for moral education is within the scope of any person’s moral imagination as long as that person has not been corrupted in quite extraordinary ways. The process of moral education occurs through the ordinary business of leading a life in a social world shaped by human activity, purposes, and an abiding interest in having sentiments in harmony with those of others.