Does Adam Smith contradict himself in his two major works??? 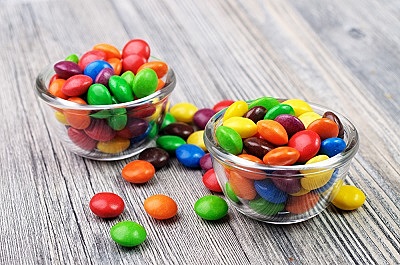 In this lesson, the students test Smith’s ideas on sympathy by playing a famous game in economics and ethics known as the Ultimatum Game.

In the past, some scholars saw a contradiction between the ideas in Wealth of Nations (WN) and The Theory of Moral Sentiments (TMS).  This contradiction was called the “Adam Smith problem.”  Today most scholars do not see a contradiction.  TMS was written first and focuses on moral behavior, which is personal.  WN focuses on markets, which are more impersonal and on decisions that are based more on self-love or self-interest.  Prices and profits are necessary to create the incentives that lead to material progress.  Nevertheless, Smith believed ethical behavior, ethical standards, and sympathy for others were equally necessary for a just and vibrant society.
The opening sentence of Part 1, Section 1, Chapter 1 of TMS makes Smith’s views on sympathy very clear.  “How selfish soever man may be supposed, there are evidently some principles in his nature, which interest him in the fortune of others, and render their happiness necessary to him, though he derives nothing from it except the pleasure of seeing it.”
In this lesson, the students test Smith’s ideas on sympathy by playing a famous game in economics and ethics known as the Ultimatum Game.  Working in pairs, one student suggests how to divide 10 rewards, such as M&Ms or extra-credit points, with a partner.  The responder can accept or reject the proposal.  If the responder rejects the proposal, neither partner gets a reward.  After the game is over, the students discuss the implications of the results on self-interest, greed, and altruism to build an effective, sustainable, and liberal society.  These points are driven home when the students view Part 4 of  “An Animal That Trades” (8.52 minutes).
Intended Audience
High school through Econ 101 students
Time
50-70 minutes or two class periods
Objectives
1.      Play the Ultimatum Game, which explores the concepts of greed, self-interest, and sympathy.
2.      Explain how self-interest, sympathy, and ethical behavior are important in developing and sustaining a vibrant, enlightened, and liberal society.
3.      Explore how our sociality makes us concerned with the well-being of others.
Materials
1.      Complementary Google slides to accompany lesson

2.      Google slide: The Ultimatum Game or a copy for each student


3.      Google slide: Lessons from the Ultimatum Game or a copy for each student


4.      “An Animal That Trades: Sympathy” video (8.52 minutes)
Procedure
1.      Tell the students that they are going to determine to what degree self-interest or altruism is the best way to improve the material and non-material wants of the members of a society, a nation, or the world.
2.      Ask the students why a restaurant would prepare a meal for them.  (They will probably say because we gave the restaurant money.)
3.      Push them on why the chef, the cooks, the waitstaff, the bussers, and the dishwashers were willing to serve them.  (It was because they earned money on doing so.  It was in their self-interest.)
4.      Ask the students if they think these people would serve them just as well because they liked the customers.  Would they serve them just as well because they felt everyone has the right to food?  (No)
5.      Tell them Adam Smith, the father of economics, recognized this in his famous book The Wealth of Nations.  Project Visual 1, and ask the students to explain it.
6.      Ask the students:  “Does self-interest mean the same as greed, or is self-interest good for society?”  (It is good for society because if you want to benefit, you must serve others.  You don’t have to like the others, but you must serve them.)
7.      Ask the students:  “Do people ever serve others out of sympathy or if they receive no benefit from it except the pleasure of seeing another person happier?”  (Take various answers but do not comment on them.)
8.      Tell the students they are going to play a game to help them answer whether self-interest, sympathy, or both help people to serve others and improve their lives.
9.      Explain that in the Ultimatum Game each of two people will decide how to share 10 rewards.  (You can use candy, extra-credit points, or minutes of free study time as rewards.  However, it must be a real reward.)  Using the complementary Google slides, explain how the game will be played.
10.  Play the game.
A.    Divide the class into two groups:  Proposers and Responders.
B.     The Proposers take a piece of paper and write a pseudonym at the top of the page.  Now write the division of up to 10 rewards you will offer to someone else.  Write just one number—whole numbers only.  This is the only round of the game.  If the Responder approves of your offer, you will divide the reward according to the terms of the offer.  For example, if you wrote the number “3” and the Responder accepts, the Responder gets 3 and you get 7.  If the Responder rejects the offer, no one gets anything.
C.     Proposers—Write down your offer now.
D.    Collect the slips of paper in a box and redistribute them to Responders.  Responders write their pseudonym at the bottom of the page and make a check mark “√” if they accept it or an “X” if you they reject it.
E.     Recollect the slips.
11.  Now tell the students your skills as an economist combined with your clairvoyant powers will allow you to predict what happened.
A.     Ask:  If you saw a dollar bill in the parking lot, would you pick it up?  (Most will say yes.)  Since bending over is more difficult than making a check mark, only a $1 offer is necessary for acceptance.  Now I will show you I am right.
B.     Read some offers and acceptances to show you were wrong.
12.  Debrief the simulation by asking the following questions.
A.     Did anyone reject a 1-9 offer?  Why?  Don’t you lose one reward?
B.     Did anyone propose a 5-5 offer?  Why?
C.     If 1-9 is unfair, is 4-6 unfair?  Why?
D.    Why did you use fake names rather than your own name?  (This is to focus solely on compassion and altruism, not on how well you might like your partner.  Adam Smith recognized that we care more about ourselves, our family, and our friends than we do about total strangers.  Smith gave an example of this when he said most people would be upset if an earthquake swallowed up China but would not lose sleep over it.  However, “if he was to lose his little finger to-morrow, he would not sleep to-night, but provided he never saw the people of China, he would snore with the most profound security over the ruin of a hundred million of his brothers.”)
E.     What are the limitations of the game?  (This is a zero-sum game; most market transactions are positive-sum.)
F.      How do ethical considerations alter strict economic logic?  (Answers will vary.)
13.  Project Visual 3 to summarize the game.
14.  Show “An Animal That Trades: Part 4, Sympathy” video (8.52 minutes).
15.  After the students watch the video, have them answer the following questions for thought and discussion.
A.     Did you see a version of the “Ultimatum Game” in the video?
B.     Can you recall an instance in which you shared the reaction of total strangers from afar?  What was it like?  How did you feel?  What prompted it?
C.     What is the difference between “self-interest” and “selfishness”?
D.    Smith says we naturally feel sympathy when we discover news of a disaster in a far-off land, such as a tsunami or an earthquake.  What prompts this reaction in us?  How do you think this has changed since Smith’s day, particularly with the advent of technology?   Explain.
E.     According to Smith, how does trade civilize us?

Inquiry Question
Do markets and morality reinforce each other, or are they opposite to each other?