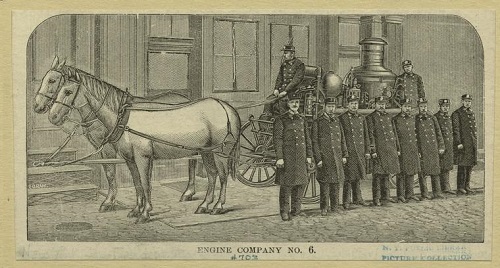 Smith did not intend for us to view the system of natural liberty as an ideal system; he himself advocated some interventions...Some government actions sacrifice the ordinary laws of justice to an idea of public utility, and some of those actions ought to be taken.

February 16, 2022
Among the higher purposes of economics is to delineate actions or roles that the modern state should and should not take on. Over generations, economists have produced a massive discourse toward such purpose. To join and participate in this discourse today, as an economist, is to have learned and bought into ideas or modes of thought that have become fundamental to the discourse. Specifically, economists writing on the role of the state might be said to agree both on a presumption or starting point for the discourse and on the acceptable forms of argumentation that participants in the discourse may bring to bear.
The starting point for the economists’ discourse on the role of the state can be traced at least to Adam Smith. Smith put forward “a strong presumption against government activity beyond its fundamental duties of protection against its foreign foes and maintenance of justice.”2 A presumption in favor of a principle places the burden of proof on those who propose contravention of the principle, as the presumption of innocence places the burden of proof on the prosecution. Smith illustrated the presumption by placing two broad rationales for government action in tension with one another, e.g.,

To hinder, besides, the farmer from sending his goods at all times to the best market is evidently to sacrifice the ordinary laws of justice to an idea of public utility, to a sort of reasons of state; an act of legislative authority which ought to be exercised only, which can be pardoned only in cases of the most urgent necessity.3


Smith’s “system of natural liberty”—being devoid of “extraordinary encouragements” and “extraordinary restraints” to any “particular species of industry”4—is essentially equivalent to contemporary economists’ notion of ‘the market system’ (or ‘free market’). Economists implement Smith’s presumption for liberty by requiring justification of ‘interventions,’ i.e., governmental actions aimed at effecting some broad alteration to the market system. Interventions are those instances when “the ordinary laws of justice” are sacrificed to “an idea of public utility.”
The system of natural liberty is not tantamount to anarchy; Smith explained that, within the system, “three duties of great importance” attach to government. Furthermore, while the first two of these duties were national defense and the administration of justice, the third was that the sovereign is charged with