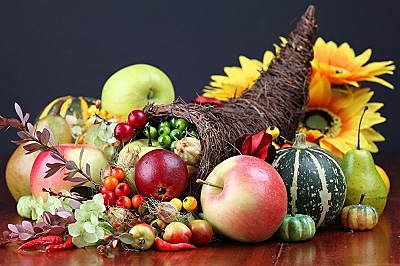 What would Adam Smith think of that particularly American holiday, Thanksgiving?

Though our effectual good offices can very seldom be extended to any wider society than that of our own country; our good will is circumscribed by no boundary, but may embrace the immensity of the universe. We cannot form the idea of any innocent and sensible being, whose happiness we should not desire, or to whose misery, when distinctly brought home to the imagination, we should not have some degree of aversion.
. . . .
The idea of that divine Being, whose benevolence and wisdom have, from all eternity, contrived and conducted the immense machine of the universe, so as at all times to produce the greatest possible quantity of happiness, is certainly of all the objects of human contemplation by far the most sublime. Every other thought necessarily appears mean in the comparison. The man whom we believe to be principally occupied in this sublime contemplation, seldom fails to be the object of our highest veneration; and though his life should be altogether contemplative, we often regard him with a sort of religious respect much superior to that with which we look upon the most active and useful servant of the commonwealth.
. . . .
The administration of the great system of the universe, however, the care of the universal happiness of all rational and sensible beings, is the business of God and not of man. To man is allotted a much humbler department, but one much more suitable to the weakness of his powers, and to the narrowness of his comprehension; the care of his own happiness, of that of his own family, his friends, his country: that he is occupied in contemplating the more sublime, can never be an excuse for his neglecting the more humble department….The most sublime speculation of the contemplative philosopher can scarce compensate the neglect of the smallest active duty. (237)