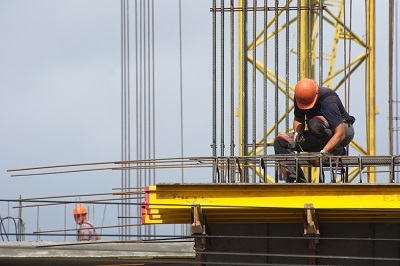 December 15, 2021
Political rhetoric concerning job creation is no longer reassuring. Why exactly are politicians so focused on efforts to increase labor force participation?
The labor force participation rate for those 16 years and old employed or seeking work in the United States peaked at 67.3 in February 2000 and fell to 63.3 in February 2020. In August 2021, it was 62.6 for the U.S. in general. Will the participation rate return to its pre-pandemic level? Or, does this reflect a long-term shift?

Jobless benefits and a mismatch between available jobs and those to which individuals aspire are given as two explanations. However, something more is at stake, and Adam Smith offers insight.
Is it being too cynical to suggest that politicians are less interested in supporting job creation than in maximizing tax revenue? Because taxes on wage income are required in realizing their agenda, politicians are increasingly concerned with labor force participation.
Adam Smith addresses the effects of wage taxes, not so much in terms of labor demand and supply elasticities but rather in terms of post-tax compensation (, Book V, Chapter II, Part II, Article 3). Like many writers at the time, Smith concerns himself with wages required for subsistence, but he also extends his analysis to wage tax effects on the “higher orders.” He sees the labor market tending, at times unsuccessfully, to restore pre-tax compensation in terms of workers’ reservation wages. If the market fails to restore post-tax wage income, the size of the labor force declines.
With U.S. state and federal marginal taxes on wage income approaching 50%, workers at all income levels may be questioning how the wedge between wages earned and take-home pay affects their future. They may be willing to take advantage of any pro-job entitlements, but regret having half of their paycheck pay for services they do not value or for which they are not eligible.
Policies to increase labor force participation, such as paid leave and subsidized daycare, appear to be ineffective and are associated with relatively low rates of economic growth in some European countries. For example, Italy offers 22 weeks of maternity leave at 80 of previous earning; France, 16 weeks at 90% and Spain, 16 weeks at 100%. Yet, labor force participation in these countries (49.7% in Italy, 55% in France, and 57.7% in Spain) is low relative to the United States.
Government policies can nudge behavior in a particular direction, but, in a free country, personal decision-making overrides government incentives. Every working-age person is uniquely motivated to realize personal goals. Politicians entertain a vision of ideal labor force participation and imagine that, given the right policy mix, their vision will be realized. Smith positions these visionaries as men of system compared to ordinary persons:

The man of system, on the contrary, is apt to be very wise in his own conceit; and is often so enamoured with the supposed beauty of his own ideal plan of government, that he cannot suffer the smallest deviation from any part of it. He goes on to establish it completely and in all its parts, without any regard either to the great interests or to the strong prejudices which may oppose it … he seems to imagine that he can arrange the different members of a great society with as much ease as the hand arranges the different pieces upon a chess-board; he does not consider that the pieces upon the chess-board have no other principle of motion besides that which the hand impresses upon them; but that, in the great chess-board of human society, every single piece has a principle of motion of its own, altogether different from that which the legislature might choose to impress upon it (, Part VI, Section II).


Jobs are essential for most people, in addition to offering satisfaction and connection with society. However, Adam Smith warns, there is a certain disutility associated with jobs. A degree of personal discretion remains in determining how much time and effort one is willing to allocate to earning wage income and the types of work willing to accept.
Policies may temporarily incentivize people to accept a job, but they cannot consistently fool rational people into extended rates of labor force participation, particularly when wages adjusted for inflation are expected to decline or be taxed at a higher rate.
Value-added taxes in most European economies are around 20% compared with similar, but significantly lower, sales taxes in the U.S. However, European cradle-to-grave transfer programs depend on high payroll taxes, associated with relatively low labor force participation rates. The combined employer-employee social security tax rate is 36% in Spain, 40% in Italy and 65% in France; this compares with approximately 13% in the U.S.
Prior to his discussion of taxes on wages, rent, and profit, Smith sets out maxims with regard to taxes in general. His first maxim is that residents ought to contribute towards the support of government, in proportion to the revenue they respectively enjoy under the protection of the state. He is concerned for the wealth of a nation about taxes that fall unequally upon a particular sort of private revenue. In his section on “Taxes upon the Wages of Labour,” Smith presents an interesting example of the effect of a direct tax on wages, holding the demand for labor and the cost of living constant. A minor computational error in one of Smith’s numerical examples has been addressed in the economic literature. Nevertheless, the direction and effects of wage taxes are apt and relevant.
Smith considers the imposition of a 10% tax on, for example, annual wages of $100,000. To maintain a pre-tax standard of living, one might incorrectly conclude that the worker’s income would have to rise to $110,000. Smith points out that whatever the rate of the tax, wages must in all cases rise not in that proportion, but in a higher proportion. With a 10% tax, the wages must necessarily rise, not 10 but rather 11.1 if workers are to realize the same pre-tax level of income.
Wages will tend to increase due to the initiation of 10% wage tax, but not precisely by the amount calculated; this is due to an overall decrease in the demand for labor, resulting from the shared burden of the wage tax born by workers, employers and consumers.
Smith argues that higher income workers, unlike low income workers, are more likely to have their wages rise “somewhat higher than in proportion to the tax.” Therefore, low income workers are less likely to regain their pre-tax standard of living.
Consider the implications of a progressive tax rate on wages. Assume, for example, that welders working on high suspension bridges earn $100,000 a year and are taxed at 12%. Welders working inside shops earn $80,000 a year and are taxed at 10%. To maintain their pre-tax standard of living, the higher income workers would have to earn $113,636, and the lower income worker, $88,888. Smith indicates that, if compensation in the higher paid trades did not rise in this manner, such trades “would be so much deserted that they (wages) would soon return to that (the previous) level.”
Even if both high and low income workers were able to maintain their pre-tax standard of living, the nominal percentage difference in their incomes, in the example given, would rise from 25% to 28%. Smith’s method clearly indicates that progressive wage taxes contribute to increasing nominal income inequality. What if the market tendency to restore pre-tax income is repressed due to concerns about increasing nominal wage differences? In this case, government services such as day care must be directed towards middle income workers in order to maintain labor force participation.
It is not clear that Smith’s “men of system” are more likely to be found among ivy tower intellectuals or among government planners, but he notes that the persons who have the administration of government are “generally disposed to reward both themselves and their immediate dependents rather more than enough.” Because the wages of officials are not regulated by the free competition of the market, Smith argues that wage taxes on government officials would not necessarily raise salaries! They would however reduce rents associated with these positions but not always in “a just proportion to what the nature of the employment requires.” In other words, the salaries of police officers in high crime areas would not automatically compensate for higher wage rates; however, those enjoying the emoluments of elected offices would, per Smith, “in most cases very well bear to be taxed.”
“Direct taxes on the wages of labour” affect labor force participation as markets assist individuals in maintaining their standard of living. Overall labor force participation declines as taxes on wage income increases. In their quest to uncover alternatives to wage taxes, let us hope that officials follow Smith’s advice to implement taxes that “fall indifferently upon every different Species of Revenue.”


Related Links
Alex Aragona, Adam Smith on the Interests of Labor and Business