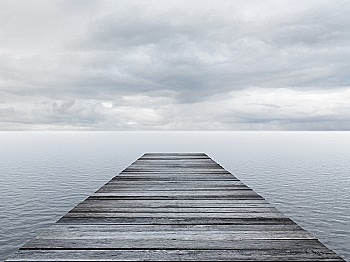 February 19, 2020
In addition to the famous “invisible hand,” there is an invisible bridge in Adam Smith’s work. For a long time, scholars struggled with the so-called “Adam Smith Problem” of rendering consistent the roles of sympathy and benevolence in The Theory of Moral Sentiments (TMS) with the role played by self-interest in The Wealth of Nations (WON). The bridge between the two books was often invisible, even to those who were familiar with both. Recent scholarship has begun to tell a more seamless story about Smith’s thought by recognizing the differing contexts of the more intimate, or face-to-face, world of TMS and the anonymous world of the commercial society that is the setting for WON. Smith scholars have argued that those different contexts mean that similar principles of human behavior play themselves out differently in the two books. Those “similar principles of human behavior” constitute the invisible bridge between TMS and WON.

Smith conceives of individuals as rule-followers who discover which sorts of rules work as a result of their interactions with other people. The key to social coordination and cooperation in both the face-to-face and anonymous worlds for Smith is the idea of “mutual adjustment.” In those interactions with others, we adjust our behavior based on responses from the people around us in order to ensure that those interactions are increasingly agreeable. As we make those adjustments, we observe our successes and failures, and we replicate our own success and imitate the successes of others. That process leads to the emergence of rules that capture those successes. In their recent book Humanomics, Vernon Smith and Bart Wilson (2019: 95-6) describe Smith’s project this way:

Smith’s program is about discovering what it means to be social while simultaneously uncovering the hidden forces that determine the rules that governed human conduct. His project in Sentiments is to address how moral conduct emerged out of human interactive experience to form a system of general rules that wisely orders society. In Wealth he extends that system into markets and national economy to enable a better understanding of the sources and evolution of the economic order evident to the careful observer of eighteenth-century life in Northern Europe.


Smith and Wilson nicely capture the way in which rule-following behavior and mutual adjustment create a consistent analytical framework in Adam Smith.

This long-invisible bridge has become much more clear to those who work closely with Adam Smith’s ideas and recognize the importance of rule following and mutual adjustment as Vernon Smith and Bart Wilson do. However, we can render that bridge even more visible by exploring the work of F. A. Hayek, and the role he saw for social institutions, especially economic ones, in enabling humans to mutually adjust and coordinate by the use of rules. Hayek’s work enables us to extend the perspective of Smith and Wilson and provide a firmer structure for the bridge that unites Adam Smith’s two major works.

In exploring these issues, it is worth recalling why we must depend upon rules as part of any process of social coordination. Rules substitute for our limited knowledge. We might ideally wish to be able to make every decision based on a full accounting of expected costs and benefits, but our ability to access that information is extremely limited, especially in large-scale social situations comprised of anonymous others. In order to properly coordinate our actions with those of others, we have to anticipate their choices. Getting access to the knowledge that is informing those decisions is beyond our human cognitive powers.  We would need to know not just the facts that they might know but also their assessments of the costs and benefits of any choice they might be making, which are in turn based on their expectations of the future.

One way we substitute for detailed knowledge is to adopt rules and institutions. One widely accepted understanding of our minds is that they are systems of rules for interpreting the world. Some of those rules might be part of our biological inheritance, but most of them are learned as we move through the world. We see this in Smith as it is a running theme in TMS. Humans are naturally social animals. We observe others around us, and we react to the choices they make. We care what they think. We want to be seen as praiseworthy and otherwise thought of highly. For Smith, the role of the impartial spectator is to ensure that our actions align with our sense of propriety, which ensures that our responses to the behavior of others and their responses to us increase social cooperation and coordination. The spectator is a “regulator” in the sense that it makes our behavior “regular” and more predictable as we learn what sort of responses to others best smooth out social interaction. The regulating function of the spectator enables us to develop rules of social behavior that moderate our behavior and make it easier for others to predict our responses and make their own choices accordingly. The emergence of rules, thanks to the regulatory and moderating function of the impartial spectator, is how we mutually adjust and coordinate in a world of face-to-face interaction. This process encourages the development of mutual sympathy and human moral progress.

The mutual adjustment that takes place in the nexus of sympathy, propriety, and the spectator is largely based on our face-to-face observation of those around us. Many of the examples Smith uses in TMS are ones where we encounter someone who has had something good or unfortunate take place and we have to decide how to react to it. We learn much from directly observing the other person and, subject to the variation in the intensity of our reaction depending on how well we might know him or her, we interpret their behavior in ways that direct the propriety of our response via the spectator. The world of TMS is largely the world of this sort of direct, face-to-face interaction. Smith’s moral theory is an explanation of how we develop rules to regulate and moderate our behavior toward others through the use of the impartial spectator as a part of a process of mutual adjustment and social coordination.

One way of reading The Wealth of Nations is that it is Smith’s attempt to explain how similar processes of rule-based mutual adjustment leading to social cooperation and coordination can take place in a world of comparative anonymity. That is, how do we cooperate with people we do not know in order to generate material progress alongside the moral progress described by TMS and enhance “the wealth of nations?” Although he did not get the precise economic mechanisms right, Smith’s general discussion of the invisible hand and the role of prices, profits, and losses in guiding the behavior of economic actors in WON parallels the story he tells in TMS. The market as an institution plays a role analogous to the spectator, while prices, profits, and loss provide signals analogous to those provided by gratitude and resentment in our responses in the more intimate order. Just as the spectator gives us a way to try to get beyond ourselves and see our behavior as others would, the market gives us a way of determining the value of our actions in ways that get beyond our own subjective judgment and enable us to see how our economic choices affect others, and how they evaluate ours. The spectator and the market provide an inter-subjective perspective that both enables and forces us to adjust our behavior to that of others. The invisible hand of the market guides us to serve others with whom we do not interact directly, while the spectator guides us to respond with propriety to those with whom we do interact directly. Market processes ensure that we can respond with what is needed materially by larger, more anonymous masses of people, while the regulatory work of the spectator ensures mutual adjustment in our ethical behavior toward specific others.

In both cases, part of the motivation for our choice is some concern about ourselves that translates into doing what’s right for others thanks to the signaling and mutual adjustment processes in play. Our desire to be praiseworthy and act with propriety leads us to invoke the spectator and respond appropriately to those around us. We can do that because we can observe directly the reaction of others to our behavior,  and we moderate and adjust that behavior as needed. In the market, it is our desire to provide materially for ourselves and our families that leads us to pay attention to the signals of the market to adjust our behavior in order to accomplish that goal. In doing so, we also serve others and forward social cooperation. Unlike intimate orders, in the market we are trying to respond to people who we may not know and who might be operating at a distance in a way that prevents us from directly observing and adjusting to their behavior. Market institutions are valuable because they provide us with ways to “see” and react to the choices that strangers at a distance have made. Smithian humans learn to engage in progress-creating mutual adjustment by following the signals provided by rules and institutions. In intimate orders, we make use of direct signals from others and translate those into rules of appropriate ethical behavior. In the realm of the anonymous, we evolve institutions that provide such signals and substitute for direct observation, providing us with a guide to generating material progress.

This is where the work of Hayek is helpful in enhancing this reading of Smith. What Hayek helps us understand is that the rules and institutions of the market are primarily about enabling us to use the knowledge of anonymous others in ways we otherwise could not. In our face-to-face interactions in the world of TMS, we can draw on our natural impulses toward gratitude and resentment, as filtered through the spectator, to sympathize with others and respond with propriety. We can directly observe both the pleasure and pain of those we are reacting to, as well as observing people’s reactions to us. The feedback for mutual adjustment is direct.

In the market, we deal with people at a distance. That anonymity largely deprives us of direct observation. Hayek argues that instead we rely on the signals of the marketplace to provide us with the knowledge that we require. The set of rules and institutions (e.g., private property, the rule of law, respecting contracts, etc.) that comprise the market make possible the emergence of prices, profits, and losses as surrogates for the underlying knowledge of human choosers. When we act in the market, we make our knowledge available to others through movements in prices and profits. We mutually adjust to each other in the market not by observing each other directly and acquiring knowledge that way, but by making use of those prices and profits and other market institutions to learn what others want through surrogates for direct observation. The process of gain and loss and mutual adjustment parallels the face-to-face world Smith describes in TMS, but enables us to extend such processes to a larger, less intimate world. TMS provides an explanation for how humans regulate and mutually adjust their behavior to produce a world of ethical and moral progress, while WON, as extended by later thinkers like Hayek, offers an explanation for how humans regulate and mutually adjust their behavior among anonymous others to produce a world of material progress. It is these feedback, mutual adjustment, and spontaneous ordering processes that constitute the often invisible bridge that unites Smith’s two great works, and thereby describe his coherent vision for both the intimate and anonymous orders.