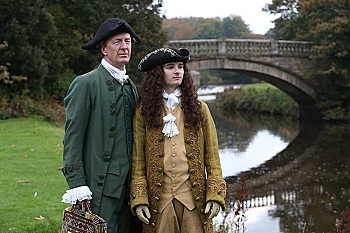 March 20, 2019
In this series of essays, I want to illustrate the power of Adam Smith’s social system, developed in The Theory of Moral Sentiments and An Inquiry into the Nature and Causes of the Wealth of Nations, to bring order to contemporary experiments where traditional game-theoretic models failed to predict human action even under the conditions of anonymity and elaborate on lessons that behavioural scientists should draw from Smith’s works. In Part 1, I outline Smith’s social, evolutionary system of Sentiments and its relevance to both human decision making and the broader rules of human conduct. In Part 2, I apply these rules to game theory to show how they improve upon traditional models and explain why the orthodox response to the failure of those models falls short of Smith’s system. Finally, in Part 3, I explore the implications of Smith’s social-moral system to trade, wealth, and human liberty.


In the late 18th century, Adam Smith (1723–1790) established a theory of human behavior and society to parallel Isaac Newton’s (1643–1727) theories of inertia and gravity. Based on a series of axioms and tested by experience, Smith developed a theory of evolving social maturation that revealed the forces governing both human society and our economies. In this concluding essay, I will elaborate on how Smith’s social theory extends into his economic theory and the implications of both for human behavior, justice, and Smith’s system of liberty.

In Part 2 of this series, I compared a classic game theoretic model of human behavior in a trust game to Adam Smith’s theory of Sentiments to explain why economists should improve upon the neo-classical assumptions about human behavior by returning to the thought of one of the founders of our discipline. Smith provided an alternative, precise model of human sociality that incorporates intentions and the descriptive circumstances in which choices are embedded—the elements missing from models based on utility functions.

Smith’s model of Sentiments implicitly assumed common knowledge of self-interested agents, an axiom sufficient to allow the process of social maturation  through which we learn to follow rules that favor actions that benefit (or actions that avoid hurting) others. The learning-to-be-social process involves rewarding beneficent actions and punishing hurtful actions based on inferred intentions from the context in which a decision was taken (though those inferences are subject to error).

The key features of the model proposed in The Theory of Moral Sentiments (Smith, 1759; hereafter Sentiments) make social preferences not just parameters in the model, but inherent to the behavior of experimental subjects. Intentions, sensitivity to context, kindness and its reward, hurtfulness and its punishment are all inherent throughout the process.

Smith’s system constitutes a never-found alternative for modelling human behavior that modelled the socialization process rather than just the endpoint outcome and derived features of the emergent rules that account for human conduct. This model has broad implications for the structure of rules that govern human societies.

Smith’s system offers several advantages over social preference “patches” to orthodox theory that use post-hoc rationalization of behavior in two-person games like the trust game in Part 2 to try to resolve the predictions of neo-classical models with the results of experiments in the lab. Among these advantages:

1. Sentiments provides a model of human conduct that seamlessly connects action in social groupings with that in markets and rejects the concept of two-selves—selfish here in a market, unselfish there with a friend.


2. Sentiments offers propositions that predict action in trust and ultimatum[1] games that failed the standard self-interested maximization models in the 1990s.


I wish to address item four by discussing the societal themes defining the modern world that are developed in Smith’s work.


Beneficence is the ornament; Justice is the foundation

Recall the four propositions on beneficence and justice:


Beneficence Proposition 1: Actions tending to be beneficent toward others, and which are properly (intentionally) motivated, alone merit a reward response because these actions alone excite the gratitude felt in others. (Smith, 1759, p 78)


Beneficence Proposition 2: Because beneficence is always free and cannot be extorted, a lack of beneficence does no positive evil, invokes no resentment, and merits no punishment. (Smith, 1759, p 78)


Justice Proposition 1: Actions tending to be hurtful toward others and that are improperly (intentionally) motivated, alone merit punishment in response, because these actions alone excite the resentment felt in others. (Smith, 1759, p 78)


Justice Proposition 2: Mere adherence to the rules of justice (want of injustice) does no positive good, excites no gratitude, and merits no reward. (Smith, 1759, p 81-2)


One consequence of these four propositions is that they have an order of importance for a stable society—that is, justice is more important than beneficence. This is something on which Smith leaves us with no doubt:

“Beneficence…is less essential to the existence of society than justice. Society may subsist, though not in the most comfortable state, without beneficence; but the prevalence of injustice must utterly destroy it. Though Nature, therefore, exhorts mankind to acts of beneficence, by the pleasing consciousness of deserved reward, she has not thought it necessary to guard and enforce the practice of it…(Beneficence) is the ornament which embellishes, not the foundation which supports the building…Justice, on the contrary, is the main pillar that upholds the whole edifice.” (Smith, 1759, p 86)

The primary importance of justice is not merely abstract in its implication. Sentiments describes the origin of property rights in human resentments and the impulse to punish actions of a hurtful tendency.  Justice is about not what is prohibited, but all of the possibilities left over after limiting, discouraging, and constraining harmful actions. Justice is the infinite residue of imaginable actions not prohibited as unjust.

This has implications beyond Smith’s social psychology, extending into his theories of economics and jurisprudence.

In An Inquiry into the Nature and Causes of the Wealth of Nations (Smith, 1776; hereafter Wealth) Smith begins with the key observation that “the division of labor”, or specialization, is the immediate cause of the “improvement in the productive powers of labor.” (Smith, 1776, p 13) Specialization is a consequence of “the propensity to truck, barter and exchange”, the origin of which he chooses not to enquire further into. (Smith, 1776, p 25) Although Smith leaves exchange unexplained, he says it is “common to all men”, in effect adopting it as an economic axiom.[3] There follows Smith’s powerful proposition: “The division of labour is limited by the extent of the market.” (Smith, 1776, p 31) And so the substance of Smith’s theory of economics takes the form of his investigation of the full consequences and implications of this proposition, which drives “the nature and causes of the wealth of nations.”


The above is well-known to most who possess a passing familiarity with Smith’s economics. Wealth should not be examined in isolation, however, but in the context of Smith’s overall project. Against the backdrop of Sentiments, exchange is seen not as a uniquely economic activity, but as a natural extension of human sociality. Smith notes that, in contrast, at maturity most animals are entirely independent.

“But man has almost constant occasion for the help of his brethren, and it is in vain for him to expect it from their benevolence only. He will be more likely to prevail if he can interest their self-love in his favour, and shew them that it is for their own advantage to do for him what he requires of them. Whoever offers to another a bargain of any kind, proposes to do this. Give me that which I want, and you shall have this which you want, is the meaning of every such offer; and it is in this manner that we obtain from one another the far greater part of those good offices which we stand in need of. It is not from the benevolence of the butcher, the brewer, or the baker, that we expect our dinner, but from their regard to their own interest.” (Smith, 1776, p 26-27)

Think of an exchange as a simultaneous bilateral (rather than sequential) application of Beneficence Proposition 1 (actions that are properly motivated and produce good results excite gratitude and deserve reward). The benefit, which alone merits reward, is supplied by what is offered, while the reward is supplied by what is simultaneously given in return. The two actors reciprocally discharge their obligations to one another while displaying both the proper intentions and self-love in the process.

The immediate consequence of exchange is that both parties gain privately. But they also produce an indirect, external benefit: others learn from prices. Prices are what help people make comparisons, allowing them to learn that they can gain by producing wool instead of milk, corn instead of hogs, doing old things in a different way, and creating new things that better satisfy wants. As exchange is an extension of sociality, specialization is therefore another learning process—one facilitated by prices that expands as new markets develop. Markets are not about aggregating existing dispersed information, but about discovering alternatives, choosing, becoming, and innovating.

The Simple System of Natural Liberty

Think of social knowledge of that which is hurtful as backward looking, evolving out of experience, and requiring wide assent so that it can be truly social. To the contrary, knowledge of what we think will be good is forward looking, untested, still-to-be explored, and subject to unintended consequences.

In a Smithian conception, society seeks the good by limiting the bad and then exploring new possibilities—whether in our behavior, rules, and norms, or in exchange, specialization, and markets. We can view society as a playing field with boundaries defined by consent that cannot be violated without penalty. Justice, embodied in property rights, define the rules of morality that are not to be breached. But otherwise, you are free to take action and move as you like in that field of action.

This is how I see Smith’s conception of liberty in both Sentiments and Wealth. It is summed up most clearly, and explains the importance and limiting implications of justice the verb, when Smith says, in Wealth:[4]

“Every man, as long as he does not violate the laws of justice, is left perfectly free to pursue his own interest his own way, and to bring both his industry and capital into competition with those of any other man, or order of men.” (Smith, 1776, p 687)


[1] In the Ultimatum game, people are randomized into Proposers who are offered a split of say $10 ($100) and Responders who accept or reject the offer, giving zero to each. Many Responders refuse offers of $3 ($30) or less. Yet $1 ($10) is better than nothing and is predicted not be rejected in one’s self-interest. In the standard ultimatum game, play is not optional, is thereby coercive (extortionist), and by Proposition 2 the outcomes cannot be analyzed in terms of utilitarian benefits. Smith and Wilson (2017b) report new “voluntary” versions of the ultimatum game recording the highest frequency of support for equilibrium that have been recorded in the literature.

[2] Further tests of the four propositions in Sentiments in the context of trust and ultimatum games have been offered elsewhere and will not be reexamined here. (Smith and Wilson, 2014, 2017a)e

[3] The quotation from page 25 has far deeper meaning and implications than I can explore here. For one example of a more thorough examination see Schliesser (2011).

[4] Smith used language with precision. Every word counts. For example he says “free to pursue his own interest his own way.” Most today would read, even misquote this as, “pursue his self-interest”.

Fehr, Ernst and Urs Fischbacher (2002) “Why Social Preferences Matter - The Impact of Non-Selfish Motives on Competition, Cooperation and Incentives.” The Economic Journal, 112: C1-C33.

Schliesser, Eric (2011) “Reading Adam Smith after Darwin: On the evolution of propensities, institutions, and sentiments.” Journal of Economic Behavior & Organization, 77: 14-22.