Clarissa Explains It All: Adam Smith and the Eighteenth-Century Novel in Letters 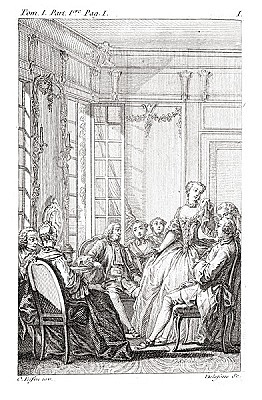 December 4, 2019
About halfway through his discussion in The Theory of Moral Sentiments about the obligations that parents and children owe each other, Adam Smith makes an astonishing claim:

The poets and romance writers, who best paint the refinements and delicacies of love and friendship, and of all other private and domestic affections, Racine and Voltaire; Richardson, Marivaux, and Riccoboni are…much better instructors than Zeno, Chryssipus, or Epictetus. [TMS III.3.15]

no action, however affecting in itself, can be represented in such a manner as to be very interesting to those who had not been present at it, by a bare narration where it is described directly without taking notice of any of the effects it had on those who were either actors or spectators of the whole affair. [LRBL ii.5]

Story or amusement should be considered as little more than the vehicle to the more necessary instruction: that any of the scenes would be rendered languid were they to be made less busy: and that the whole would be thereby deprived of that variety which is deemed the soul of a feast, whether mensal or mental.

But it was not just Richardson’s apologia for his own work that contained a response to the argument that rhetoric could not be moral, even where it advocated for some private end. He embeds it in the story itself. Clarissa Harlowe finds her life upended when she inherits a fortune from her grandfather, he having intuited that she was the only member of her family that cared for him despite his wealth and not because of it. Her first letters, to her friend Anna Howe, describe nothing but the misery of this unexpected windfall:. Her family is now urging her in the strongest possible terms to marry the odious Roger Solmes, a weak-minded man whom they think they can control, and who would allow them to control Clarissa’s newfound fortune through him. Solmes is characterized by his poor command of both written English and rhetoric, which Clarissa and Anna correctly take as evidence of his poor moral character; Clarissa, on the other hand, is feared by the family members to whom she writes pleading her case specifically for what one of them disparagingly calls her “rhetorical Knack.” Eventually, afraid of her powers and knowing on some level that she understands them too well, they forbid her from writing to them at all. Anna suspects on the other hand that Clarissa’s ability to address herself to disinterested spectators who know little about the situation will prove crucial in the end, admonishing Clarissa to write to her in great detail: “Your account of all things previous to it will be your justification,”  when Anna presumably circulates the letters publicly. Eighteenth-century letters were often assumed to be public property, meant to be read out loud at family gatherings, and correspondents were advised to write to the interests of this broader group. In this case, however, it is not Clarissa’s family who prove the sympathetic interlocutors who form her moral character, but people who are completely unconnected to Clarissa. Time and time again in the novel, it is people who have no particular reason to sympathize with Clarissa who are most deeply moved by her rhetoric, from the busy Londoners among whom she hides later in the novel to, most surprisingly of all, the rakish Robert Lovelace, who persuades Clarissa to throw herself into his power to avoid marrying Solmes. He imprisons her in a brothel and rapes her, but when he reads her letters after her death, he feels such profound sympathy for her that he feels his only recourse is to commit suicide by duel. “Let this expiate!” he cries with his dying breath.
And this is why I believe Richardson particularly comes to mind for Smith in his passage on the proper relationship between parents and children. The perpetual outrage of Clarissa is that the very people who should feel the most for Clarissa fail in their duties as profoundly as any stoic philosopher, at least in the eyes of the impartial spectator:

The sense of propriety, so far from requiring us to eradicate altogether that extraordinary sensibility, which we naturally feel for the misfortunes of our nearest connections, is always much more offended by the defect, than it ever is by the excess of that sensibility. [TMS III.3.15]

One expects parents in particular to be a little bit partial to their children, Smith says. They should try to rein this in, but if they don’t, we spectators understand. On the other hand, a parent who is cold and cruel to a child, as if that child belonged to someone else, horrifies our sensibilities. It is harder to think of a family who more perfectly embodies this particular description than the Harlowes. At the end of the novel (and the end of Clarissa’s life), people she meets in shops and Lovelace and his entire circle of libertine friends are more inclined to sympathize with Clarissa than her own family members. Richardson lays the offensiveness of this lack of sympathy out for the reader at a length of 1494 pages (in my Penguin edition), while advancing the argument that the young woman at the center of this kerfuffle has thought more deeply about ethics than her Eton-educated brother because she effectively advocates on her own behalf to people who have no particular reason to sympathize with her. Smith’s recommendation of Richardson’s epistolary novels specifically helps us understand how important this connection between rhetoric and morality was in his work. It may also be where he got the idea in the first place.