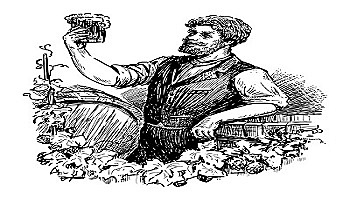 August 14, 2019
Adam Smith published his first book, Theory of Moral Sentiments (hereafter, TMS), in 1759. In some ways, Smith seems to have thought of this book as his life’s major project, and he extended and refined its argument for much of the rest of his life. The sixth and last edition of TMS was published in 1790, the year of Smith’s death. Though he did not have access to the analytical concept, and there is no direct evidence to support my claim, I will nonetheless try to make the claim that Smith was trying to elaborate a process we would now call an emergent complex system.


“Emergent” entities or processes are those that are composed of constituent parts but which are not reducible to those parts. A property of a system is emergent, according to the Internet Encyclopedia of Philosophy, if two things are true:
Consider an example: Life is an emergent property of chemistry. I could give you all the chemicals that make up a human being, or for that matter a paramecium, but you couldn’t make life from those parts. Life can’t exist without those chemicals, but the property “life” is something new, something not contained in the parts.

That’s pretty complicated even with today’s tools and analytic concepts. For Smith to have hinted at such an idea is remarkable. Smith conceived of a system that was decentralized and largely devoid of direction, and at the same time self-correcting, objectively good, and extremely useful. One could read Smith’s view as having religious underpinnings—Dan Klein has called Smith a “skeptical deist”—but the system once set in motion operates on its own principles. The motor of the system combines the way that society updates what Smith called “propriety” and the way the commercial system develops “division of labor.” In an earlier essay I tried to outline how Smith developed and justified division of labor. In the current essay I will try to explain how it fit into his larger system.

Smith’s Enterprise
Adam Smith was trying to work out a theory that matched the human sense of propriety with the moral and practical worthiness of the actions and opinions being observed and judged. Smith was extending David Hume’s more primitive notion of sympathy as the means by which a sentiment of one person is transported into the mind and feelings of an observer. Unlike Hume, Smith distinguishes two observers: the “man in the breast” and the “the impartial spectator.”

These are not literally other people, but Smith is not just being metaphorical. Each of us has our own impersonal impartial spectator. At the same time, however,  there are shared notions of propriety and adjustments to the reactions of others that mean that the differences in our individual impartial spectators are reduced over time, converging on a consensus. Ultimately, we all appeal to the same impartial observer if we live in the same culture. We “agree” on what is right and proper, though we never sit down and plan it, or consent to it. Propriety is emergent.

There are four aspects or vantage points of the view of the impartial spectator, as Smith claims in Chapter 4 of Section I of TMS:

When we approve of any character or action, the sentiments which we feel, are, according to the foregoing system, derived from four sources, which are in some respects different from one another. First, we sympathize with the motives of the agent; secondly, we enter into the gratitude of those who receive the benefit of his actions; thirdly, we observe that his conduct has been agreeable to the general rules by which those two sympathies generally act; and, last of all, when we consider such actions as making a part of a system of behaviour which tends to promote the happiness either of the individual or of the society, they appear to derive a beauty from this utility, not unlike that which we ascribe to any well-contrived machine.

The fascinating thing about the way Smith formulated this system is that there is no necessary role for division of labor or decentralized commercial processes, until we come to the “system of behaviour which tends to promote the happiness” of the entire society. The first three aspects of sympathy can be accomplished largely through emergent conventions--our intuitive moral sense of what is right and wrong. But the “beauty from this utility, not unlike that which we ascribe to any well-contrived machine,” derives from emergent processes in commerce. Left to their own devices, participants in a commercial system will pursue the constant expansion of division of labor, limited only by the extent of the market.

Commerce is far from perfect—Smith had a clear-eyed critique of the behavior of groups of business people, or for that matter college professors—but the system will, if unfettered, always tend in the direction of expanding the division of labor and increasing the opulence of society. Smith concluded that the fourth “source” of moral sentiments needed some help, some explanation. Being able to comprehend the circumstances where individuals acting primarily to benefit themselves might actually benefit others, or benefit the larger society by producing more opulence and revenue, is not something human beings can do very well.

The paradox--the hardest part to explain--is this: if each of us pursues our own self-interest in becoming more specialized and further elaborating the division of labor in production, we become actually become more dependent on others doing the same thing for all the other products we need, without being explicitly told to do so. And the result of this complex and unplanned mutual dependence is that the entire system becomes wealthier and wealthier, because productive processes realize increasing returns to scale.

Smith was sympathetic to the intuition, something most of us share, that it was better—for the first three sources of observation, at least—to have close personal relationships and trade based on private knowledge and trust. But these cannot function well at scale. And, scale is what division of labor wants, and needs. Division of labor is what causes opulence.  The fourth cause, the utility of the unfettered scope of commercial activity, ultimately suggests the necessity of rethinking systems of propriety based only on the first three sources of moral sentiments, without suggesting that those sources are ultimately inferior.

So, Smith suspended his work on his main project, TMS and wrote An Inquiry into the Nature and Causes of the Wealth of Nations. Having explained why we should expand our sense of propriety to encompass the pursuit of self-interest in elaborating the division of labor, Smith returned to revising and extending TMS for the rest of his life.

That’s why Adam Smith can say, on one hand, “How selfish soever man may be supposed, there are evidently some principles in his nature, which interest him in the fortune of others, and render their happiness necessary to him, though he derives nothing from it except the pleasure of seeing it” in TMS. Propriety dictates that we care about each other, and we value people who are cooperative.

But that’s not enough. George Mason economist Walter Williams sometimes gives an illustration (quoted in an episode of Liberty Fund’s Econtalk) where he notes that there are more than 8.5 million people in New York City. Can they survive on the love and fellow feeling of the farmers and food producers of the rest of the country to supply their needs?

The answer is almost certainly no. Yet New York exists, and in fact is quite prosperous. Because of division of labor, there is a lot of meat on the hoof in Texas; there are lots of potatoes in Idaho. The folks in Texas and Idaho are good people; they would likely give some food to you if your car broke down on the road in front of their farm. But it’s not likely they would donate, just out of love and the sense of propriety, enough food for the residents of New York to avoid starvation. There would be no large city, or even a small city, on Manhattan Island if we depended on the basic mutual care and sympathy of Smith’s first three causes.

In a commercial system, by contrast, there is another reason to expect the beef to be sent from Texas and the potatoes from Idaho: profit. More simply, it is in the interest of beef suppliers and potato suppliers to send their valuable food to a faraway city, thereby ensuring that the people in the city survive, even though sympathy alone would never guarantee that outcome. As Smith puts it in Wealth of Nations:

It is not from the benevolence of the butcher, the brewer, or the baker, that we expect our dinner, but from their regard to their own interest . . . This division of labor ... is not originally the effect of any human wisdom, which foresees and intends that general opulence to which it gives occasion. It is the necessary, though very slow and gradual, consequence of a certain propensity in human nature which has in view no such extensive utility; the propensity to truck, barter, and exchange one thing for another.

On its face, the pursuit of profit and the elaboration of division of labor does not automatically satisfy the sense of propriety developed in the context of personal relationships. Smith’s great achievement, in combining the system in TMS and the explanation of division of labor in WN, was to explain why our notions of propriety should be expanded to encompass commerce and the pursuit of honest profit.

There are often questions in the study of intellectual history about whether individual works really matter. As Dan Klein notes, in the 2009 Econtalk episode on Adam Smith, it does appear that Wealth of Nations mattered, that that one book made a difference in giving the “moral authorization” for the pursuit of honest profits. As Klein put it, “Smith's moral authorization was significant in the extent to which the industrial revolution arose so rapidly and successfully, [in an] explosion that follows his death. [Offering a coherent] moral authorization matters, and culture matters.” (For a more developed version of this argument, see Matson, et al., 2019).

Smith was trying to influence the culture, which he saw as being insufficiently appreciative of the contributions of the growth of commercial society. Most people think WN was an important book, but they don’t understand why. The function and impact of division of labor had to be explained, so that our “impartial spectator” would accept the propriety of commerce.

It’s an amazing story, because Smith understood that, set out to explain exactly what division of labor achieved for us, and then succeeded in connecting division of labor to our larger notions of propriety based on entirely different foundations. The point is that division of labor does not function by itself in Smith’s system; the other three sources of moral sentiments are still important, and in fact indispensable. But for the larger system to work, and provide all the members of society with the increasing opulence upon which we have come to depend, Smith had to enlarge our view.