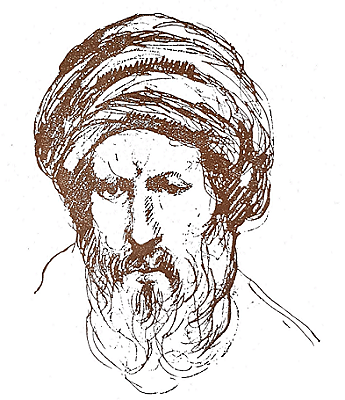 Two Heros of the Modern Age

Ibn Khaldûn and Adam Smith cannot be further apart from each other. Ibn Khaldûn, who died in 1406 in Cairo, Egypt, lived at the edge of the decline of the Arabic-Islamic civilization. Adam Smith, who died in 1790 in Edinburgh, Scotland, lived at the edge of the rise of contemporary Western civilization.
Ibn Khaldûn was an Arabic-Islamic philosopher of history and considered the father of modern sociology. Adam Smith was a Scottish philosopher of moral philosophy and considered the father of modern economics. Ibn Khaldûn was a man of the world. Aside from his scholarly pursuits, he was a notable political operator. He acted as an ambassador to warring lords in Spain, as a negotiator of treaties among diverse kingdoms in North Africa, a conversant at the gates of Damascus with Tamerlane, the Turco-Mongol conqueror and the founder of the Timurid Empire in Persia and Central Asia. In contrast, Adam Smith was reserved, keeping himself removed from the political turmoil of his times.
Yet, both shared a common mission. Both naturalized the study of man, laying down the foundation of modern social sciences. Consequently, we can study human affairs as a scientific subject, similar to how we study primates, bees, plants, and the stars. Although Smith and Khaldûn naturalized the study of man in different ways, each way complements the other.


Ibn Khaldûn (1332-1406)
Ibn Khaldûn wrote his massive introduction, called in Arabic Al-Muqaddimah (“The Introduction”) in 1377, while taking refuge with one of the Berber tribes, in the west of modern Algeria. It was supposed to be an introduction to his six-volume book of history, Book of Lessons, Record of Beginnings and Events in the History of the Arabs and Foreigners and Berbers and their Powerful Contemporaries. However, Al-Muqaddimah became a self-standing volume, even in his life-time.
In Al-Muqaddimah, Ibn Khaldûn (1967) argues that the development and existence of any political community obeys laws that are independent of the intervention of God. Ibn Khaldûn criticized fellow historians on many counts; most important for us is their failure to uncover the laws governing the transformation of human society. One of these laws covers the rise and falls of dynasties. In a single stroke, Ibn Khaldûn defied a long intellectual tradition. Most historians viewed the affairs of men and their polities as interwoven with the lives of the gods. Or at least, in their writings, these historians failed to provide deterministic laws of the development of dynasties and kingdoms.
Ibn Khaldûn was the first social scientist—over two hundred years prior to Vico—to posit that the fate of polities is the outcome of human action. He reasoned that a new dynasty arises out of the ashes of a corrupt one. A dedicated chieftain who comes from the periphery and who has led an austere life-style usually leads the new dynasty. The new leader, with his ascetic way of living, makes a strong impression on his new subjects. As a result, the leader and the new ruling elite acquire allegiance, which he calls “’assabiya.” ‘Assabiya is a group bond that constitutes tribalism, clanism, or, in the modern context, nationalism. The second and third generations of the dynasty strengthen its institutions, given the strong ’assabiya that the founding generation has mustered. However, with the fourth generation, the ascetic life of the elite gives in to the lure of luxury and lavish life-styles. The people start to feel less loyalty to the ruling elite, initiating a decline that usually ends the dynasty by the fifth or sixth generation. Such decline sets up the stage for the replacement of the current elite with a new, ascetic elite. And the cycle repeats itself.
In 1378, Ibn Khaldûn returned to his native Tunis after a long absence. The conservative religious establishment did not treat him kindly, opposing his effort to reform the educational system. This forced him to flee to Cairo, where he spent the last two decades of his life as a religious judge.


Adam Smith (1723-1790)
Adam Smith takes up the challenge posed by Bernard Mandeville: If we remove the church, is there anything to regulate the passions and guarantee a moral order? Smith answers Mandeville in his book, The Theory of Moral Sentiments, written in 1759.
Smith (1976) argues that humans, by their very nature, possess the ability to sympathise with their fellow human beings (see Khalil 2011, 2013). Neither the church nor commands from any authority instructs humans to have sympathy. To wit, when person A sympathises with person B, such as a neighbour, it is no different from when person A sympathises with his own self. That is, the pursuit of self-interest arises from the dominance or priority of self-sympathy in this action—as the case of the pursuit of other-interest (altruism) arises from the dominance or priority of other-sympathy in this respective action (see Khalil, 1990). Insofar as the pursuit of self-interest is not commanded by God or any metaphysical system, the pursuit of benevolence, charity, and public spirited activities are also not commanded by God or any metaphysical system. One pursues self-interest for the same reason one acts with benevolence—to enhance wellbeing. Both motives (what economists call “preferences”) are hence virtuous.
The main point is not that Smith legitimised the pursuit of self-interest, the core operative in nascent market-centred economies. The main point is rather that, in a single stroke, viz., seeing sympathy as the basis of self-interest and the moral order, Smith manages to cut the cake differently from a long intellectual tradition starting with Plato, canonized by St. Augustine’s philosophy as the basis of the Catholic Church dogma, and affirmed by the scientific-sounding Descartes. Contrary to this long Western tradition, Smith argues we should not place self-interest as part of the passions, to be seen essentially as “selfishness,” and then oppose the passions to reason. Rather, we should think of the passions as the basic elements, the primitives, from which reason arises. One has a passion to help the self. One also has the passion to help others. One has to evaluate which action, given the circumstances as defined by comparative costs and degree of sympathy, takes precedence over other alternatives. So, the passions (to put it in economic terms) are the primitives that make up the preference set. On the other hand, the comparative costs and sympathy are constraints that define for us the optimal action.
So, rationality is about the procedure of selecting the proper passion among all possible sympathies (Khalil, 1990). In addition, sympathy plays another important role. Once reason decides what the optimal action is, it is a matter of having a strong will to carry it out. More often, under the heat of the moment, the actor may execute an action that is suboptimal. Therefore, it is beneficial for the actor to restrain the self, to pull the self out of the situation, and reflect from a distance on the optimal way to act.
But how does the “cooling off” period take place? Do we need, after all, the intervention of commands from the heavens? For Smith, again, the answer is no. The person, under the heat of the moment, usually wants sympathy from what Smith calls the “impartial spectator.” The impartial spectator, who stands at a distance, is usually free from the heat of the moment. So, the sympathy of the impartial spectator is neither automatic nor guaranteed. The impartial spectator can assess the situation in its proper dimensions. And if the impartial spectator sees that the principal is over-agitated, it naturally cannot carry the self and place it in the station of the principal, i.e., express sympathy. Given that the principal wants such sympathy, the principal starts to examine his or her situation from a distance - from the station of the impartial spectator. Such examination leads the principal to lower the pitch of the emotion, mitigate the temper, and refrain from actions that invite self-blame. Such lowering of the pitch enables the impartial spectator to travel the distance and place the self in the station of the principal. This means that sympathy entails the approval of the action of the principal, i.e., the principal has acted rationally.
Smith calls the cooling off mechanism, and what I regard as the execution of the optimal action (Khalil, 2010), “the virtue of self-command.” In this fashion, the action of the principal exhibits the unity of passion and reason. Further, such unity, once coupled with sincerity, amounts to a moral action, where the agent’s intention is transparent, such as in the case when the principal does not pretend, seek public applause, or try to make virtue out of necessity. The desire to be authentic or sincere (what Smith calls the desire to be praiseworthy, and not just to seek praise) stems also from one’s desire for true sympathy, to exhibit and act according to the recommendation of the impartial spectator, who is ultimately the voice that resides deep in one’s breast.
For Smith, in short, the moral order arises on the basis of the biology of the emotions. The emotions are not the opposite of reason, as David Hume thought, but rather the bedrock of reason (Khalil, 2015). Hence, one does not need to appeal to metaphysical rules of reason or morality to explain how or why human behaviour is not dictated by unruly emotions. This is similar to the thesis of Ibn Khaldûn: there is no need to appeal to the anger or approbation of God to explain the fall and rise of dynasties. These two heroes opened the single gate needed for the flourishing of human sciences. This gate permits us to explain micro behavior and the behavior of polities as we are able to explain the motion of planets and behavior of plants and bees.