What Would Adam Smith Say?

About greed? About morality? 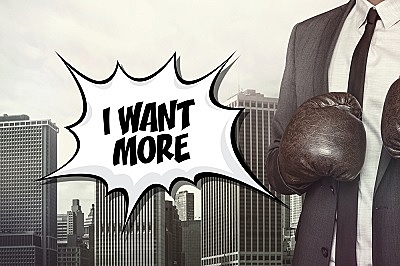 Many people associate Adam Smith with the idea that greed is good.  A short video clip from Wall Street (Gordon Gekko’s “greed is good” speech) will initially reinforce this fallacy.  The rest of the lesson will disprove the initial impression and show that Smith’s ideas are based on a moral order.  Adam Smith was an advocate for self-interest, not greed.
The video is followed by a handout containing quotations from The Wealth of Nations   (1776) and The Theory of Moral Sentiments (1759).  The students answer questions based on the quotations.
The lesson ends with a handout that requires the students to apply Smith’s insights to contemporary situations.

1. Tell the students that in the 1987 movie Wall Street, Michael Douglas as Gordon Gekko gave an insightful speech where he said, “Greed, for lack of a better word, is good.”  He went on to make the point that greed is a clean drive that “captures the essence of the evolutionary spirit.  Greed, in all of its forms: greed for life, for money, for love, knowledge has marked the upward surge of mankind.”  He claimed greed is good for business and good for the United States.  An alternative to this procedure is to go to YouTube, search for “Gordon Gekko greed speech,” and show the shortest option available.
2. Tell the students that today they will learn about the ideas of Adam Smith, who argued that self-interest motivates economic activity. His argument is summarized in a remark that has become famous: “It is not from the benevolence of the butcher, the brewer, or the baker that we expect our dinner, but from their regard to their own interest.”
3. Ask: “Is self-interest the same thing as greed? Was Gordon Gekko right?” Accept and discuss a variety of answers without criticizing them.
4. Tell the students that Smith would be horrified by Gekko’s comments. Smith wrote of many values, including love and altruism. He felt that strong ethics were necessary for a market to function. Greed is an excessive desire for more money and is not a virtue.  Prudence and rational self-interest are virtues.  In fact, markets promote prudence and not greed. In a market economy, people earn money by helping others. Because market transactions are voluntary, people can earn higher incomes by figuring out how to please others. Although there are fraud artists, very few, compared to entrepreneurs, get rich.
5. Distribute a copy of Handout 1 to each student. Have the students read the handout, which consists mainly of quotations from Smith, and then answer the questions at the end. The quotations are from The Wealth of Nations and The Theory of Moral Sentiments. There are many editions of both books available.  The source of the quotations is The Wisdom of Adam Smith (Liberty Fund, 1976).
6. Discuss the answers to the questions. There are no exact answers, but the following answers suggest some of the key points the students may make.
7. Distribute a copy of Handout 2 to each student.  Ask the students to read the handout up to Scenario 1.  Then have them form groups of 3-5 students.  Have the students discuss the scenarios and decide what Adam Smith would recommend.
8. When the groups are finished, discuss the scenarios with the class. Here are some talking points.

Scenario 1
Smith would be on the side of relying on the market to improve the economy. He definitely would prefer the invisible hand of the market to the visible boot of government. He would be suspicious that government would favor some interests over others. The wealth of a nation depends on the rational decisions of consumers and businesses.
Scenario 2
Smith would certainly favor freer trade. He said that the freer and more general the competition, the better off the public will be. Trade restrictions help certain groups at the expense of the general good. The policies of restricting trade were called mercantilism, and Smith always opposed them, just as the American colonies did. Smith supported the American position in his writings. Ironically, late in life he received an income as a customs agent.
Scenario 3
Smith was pro-market, not pro-business. He would favor market entrepreneurs over political entrepreneurs. He would be against any program that would limit competition or favor one business at the expense of another. He believed that regulating commerce might divert capital in a different direction and that “it is by no means certain that this artificial direction [would be] more advantageous to the society….”
Scenario 4
Smith believed government should provide more than police and fire protection. He supported public works and education. Most importantly, government should provide justice, without which there would be chaos. However, he would be shocked by the size of government today. Perhaps he would tell the politicians how to balance the budget.

Have the students find an article on an economic policy in a newspaper, on the Internet, or on TV.  Examples might deal with proposed increases or decreases in tariffs, changes in government regulations on business, tax cuts or tax increases, changes in education policies, increases or decreases in defense spending, or new programs to help the poor or unemployed.  In an essay or as a class presentation and discussion, have the students reply to these questions:  What do you think Adam Smith’s position would be on the issue?  What is your position and why?