Adam Smith on the Labor Theory of Value 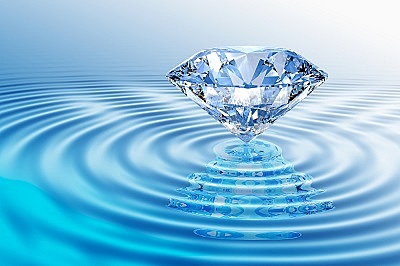 September 18, 2019
There are many things Adam Smith got right about economics, including the discipline’s fundamental insight about the unplanned nature of market-driven economic and social order. He is rightly called the founder of economics for that reason. However, he did not get everything right. One of his most important errors, and one he shared with many 18th and 19th century economists, including Karl Marx, was his erroneous theory of value and explanation of price.
Smith was an adherent of what is known as the “labor theory of value” (LTV). At its most general, the LTV explains that the value (and price) of goods is determined by the amount of labor that went into their production. Sometimes the LTV is generalized a bit more to include other inputs, turning it into a “cost of production theory of value.” What is important here is that in all forms, the LTV and its broader interpretations see the value of outputs as being determined by the value of the inputs that went into producing them. On this fundamental point, Smith and the others got it exactly backward. Modern economics has rejected labor and other cost of production theories of value. Instead, value is understood as the subjective assessments by individuals of the usefulness of specific goods and services for satisfying their wants. This subjectivist and marginalist theory of value was developed in the 1870s and reversed the understanding of value in a way analogous to the way Copernicus reversed our understanding of the relationship between the Earth and Sun. By valuing outputs this way, we made valuable the inputs that created them . Goods don’t have value because labor has value; labor has value because the goods labor creates are valued by consumers. After exploring Smith’s views, I will outline the modern theory of value and show the ways it is superior to the labor theory of value.
Smith is very clear in The Wealth of Nations that he sees labor as the source of value. For example, in the opening paragraph of Chapter 5 on real and nominal price (I.v.1., p. 47), he writes:

The value of any commodity, therefore, to the person who possesses it, and who means not to use or consume it himself, but to exchange it for other commodities, is equal to the quantity of labor which it enables him to purchase or command. Labor, therefore, is the real measure of the exchangeable value of all commodities.

Labor alone, therefore, never varying in its own value, is alone the ultimate and real standard by which the value of all commodities can at all times and places be estimated and compared. It is their real price;  money is their nominal price.

Value is thus nothing inherent in goods, no property of them, nor an independent thing existing by itself. It is a judgment economizing men make about the importance of the goods at their disposal for the maintenance of their lives and well-being. Hence value does not exist outside the consciousness of men.

This summary of his argument contains both his subjectivism (value is about our “judgment” and “consciousness”) and his marginalism (value depends upon the “goods at [our] disposal” and not the total stock of the good). Once value is understood as thoroughly dependent on human perceptions about the usefulness of goods for satisfying wants of varying importance, subjectivism cannot be separated from marginalism because want-satisfaction will always depend upon specific “concrete quantities” of the good, and not the good’s “total utility.” What gives goods value is the belief in the ability of specific quantities of that good to satisfy specific human wants.
Suppose we have several uses for a one-gallon bucket of water. We can use it for drinking, we can water plants, we can wash clothes, or we can wash our car. Suppose we rank the importance of those uses in the order listed. And suppose we find ourselves with two such gallon buckets. Clearly, we will use one for drinking and the second for watering plants. The value of water to us can be looked at two ways. First, what’s the value of an additional gallon bucket? That is the importance we attach to the end of washing our clothes. The value of a bucket we already possess can be understood as the importance of the least pressing want we satisfied with a bucket – in this case, watering plants. Notice how the value of those gallon buckets is about the ability of “concrete quantities” to satisfy “specific ends,” and that the importance of those ends is determined by the subjective evaluation of the chooser.
Finally, we can see the idea of diminishing marginal utility here. The marginal utility of each additional bucket we obtain declines because the importance we place on the ends satisfied by  each subsequent bucket declines. This also explains why we are willing to pay less per unit to purchase larger quantities of goods. We would not be willing to pay as much for the third bucket as the second given that the importance to us of washing our clothes is less than that of watering plants. This is the proper theory of value that lies behind the modern downward sloping demand curve.
By now, the way in which modern subjectivism and marginalism offer an alternative to the labor theory of value should be clear. Labor and other cost of production theories of value look backward to how a good was produced to find its value. Even a more sophisticated version that focuses on the value of the labor a good can procure still misses the key point that value is dependent on our beliefs about how goods can be used to satisfy our wants going forward. It is as consumers, not as producers, that we give goods value. The labor theory of value sees value being infused into goods through the process by which they are produced. But as Menger (146) points out, it does not matter to the value of a diamond whether we have stumbled across it on the ground or spent 1000 days digging it up. Value is forward looking, driven by our subjective perceptions of the way in which specific goods and satisfy specific wants.

This is where the marginalist revolution was the economics equivalent of Copernicus shifting our understanding of the solar system from a geo-centric to a helio-centric one. For Smith and others who accepted the labor theory of value, the value of the inputs determined the value of the output. After the 1870s, however, that understanding of causality was reversed. What we ultimately value are final goods that are able to satisfy wants. Because those final goods are believed to do have value, the inputs that went into making them also have value. Labor does not give goods value; the fact that goods are valued means that the labor that went into making them is valuable. The same is true with every other input. Value does not flow from input to output, or from production to consumption. Rather, it flows the opposite way. The value of inputs is derived from the value we attribute to the outputs. It is not the chef’s valuable labor that makes a gourmet meal valuable. It is the value we attach to the meal that makes the chef’s labor valuable.