To Protect or Not to Protect?

This lesson builds on the lesson Trade for the Win! 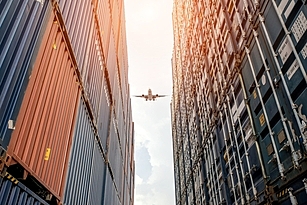 Dig deeper into the benefits of free trade in contrast to protected trade using two videos to contrast 18th-century trade with modern times. The extension to this lesson shows graphically how tariffs decrease the overall wealth/well-being of society.
This lesson is an extension of the lesson, “Trade for the Win!”, which demonstrated how wealth is increased as trade becomes more free.
Graphical analysis of the contrast of free trade versus trade with tariffs (or even no trade) will take this lesson to a higher level that is applicable to Honors, IB, or AP Economics.
This lesson can be taught using a slide deck and/or class handouts.
Time Required: One class period (50 minutes) 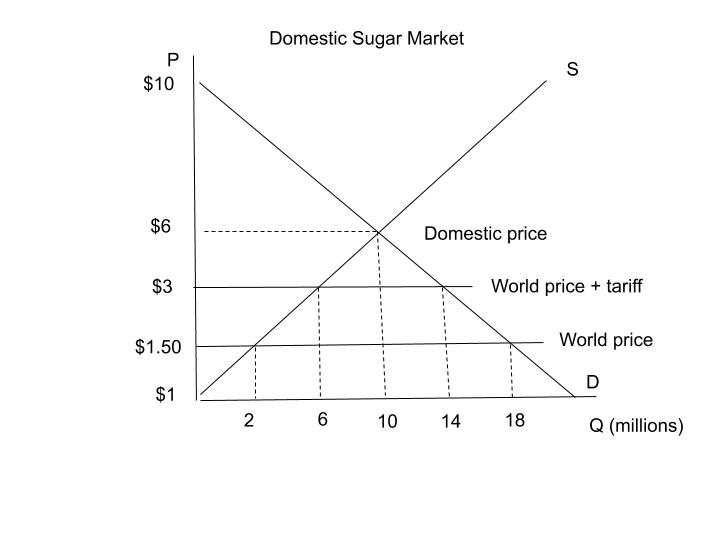 Hint:  Consumer and producer surplus can be calculated by finding the area of each respective triangle as it relates to the demand (consumer) or supply (producer) curves.

Calculate the consumer, producer and total surplus if the government allows trade but enacts a tariff of $1.50 on each pound of sugar.
CS=$49 million, PS=$6 million, TS=$55 million

Under which condition are producers better off?
No trade when producer surplus is greatest.

Under which condition is society as a whole better off?
Free trade when the total surplus is greatest.