Would Adam Smith Protest in a Pandemic? 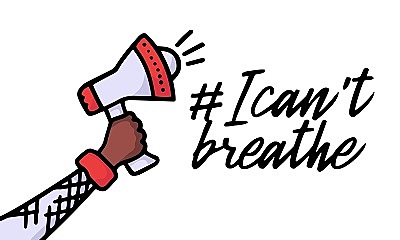 This strong resentment and thirst for vengeance, which are approvable according to Smith because they are a reaction to the disapproved of action of police brutality, can also be viewed as nourished by the mutual sympathy that is shared within a large community.

June 24, 2020
The murder of George Floyd is the most recent in a long list of murders of black people due to police brutality. It has brought thousands of people onto the streets daily. The (mostly peaceful) protests have also brought criticism, as they have been taking place in the midst of a pandemic and are contrary to the measures needed to contain the spread of the virus.

For our present purposes, we do not wish to endorse or criticize protesters or their critics. We offer them no blame and no praise. Instead, we wish to understand why we have such massive protests during a pandemic.

Utilitarian models fail to explain the protests. If in the short-term the protests only result in the sparing of a handful of lives from reducing police brutality, but provoke a significantly greater number of deaths from enhancing the spread of the virus, the protests would have a net disutility to society. The potential costs of the protests could then be said to exceed their potential benefits.

On these assumptions, a utilitarian account would recommend refraining from participating in protests because refraining ultimately saves more lives.

In their assessments of the costs of the pandemic utilitarian models treat black lives, haircuts, the closure of places of worship, and climate change as equivalent. The present value of the thousands or even millions of lives potentially lost or injured by the virus is difficult to counterbalance with the potential benefits of protests, however worthy they are.

Protesters and their supporters are thus seen, explicitly or implicitly, as either selfish or irrational.

There is a different model, however, that explains why we see these protests during a pandemic, and it does not conclude that the protesters are selfish or irrational. This different model is the Smithian model of gratitude and resentment, which is not based on the calculus of utility maximization.

Smith also tells us that sharing the joys and the resentments of others is what humanity is about.

Humanity consists merely in the exquisite fellow-feeling which the spectator entertains with the sentiments of the persons principally concerned, so as to grieve for their sufferings, to resent their injuries, and to rejoice at their good fortune. (TMS IV.2.10)

A common characteristic of victims of violence such as George Floyd, Eric Garner, or Breonna Taylor, aside from their skin color, is that they are unarmed but presumed by the police to be guilty of (unproven) crimes. Smith tells us that false imputations of a crime levelled at an innocent person are, in themselves, enough to generate just indignation and resentment, and that when such resentment cannot be gratified, it causes torments:

But an innocent man, though of more than ordinary constancy, is often, not only shocked, but most severely mortified by the serious, though false, imputation of a crime; especially when that imputation happens unfortunately to be supported by some circumstances which give it an air of probability. He is humbled to find that any body should think so meanly of his character as to suppose him capable of being guilty of it. Though perfectly conscious of his own innocence, the very imputation seems often, even in his own imagination, to throw a shadow of disgrace and dishonour upon his character. His just indignation, too, at so very gross an injury, which, however, it may frequently be improper, and sometimes even impossible to revenge, is itself a very painful sensation. There is no greater tormentor of the human breast than violent resentment which cannot be gratified. An innocent man, brought to the scaffold by the false imputation of an infamous or odious crime, suffers the most cruel misfortune which it is possible for innocence to suffer. (TMS III.2.11)

The presumption of guilt and the violence towards those presumed guilty can, in the case of George Floyd and others, be seen as grounded only on skin color and thereby unjustified. Smith tells us that if a person attacks another person without good reason, we naturally resent the attacker. If the victim of the violence dies, our resentment escalates, as the taking of one’s life is the highest possible injury. Their violent death calls aloud for vengeance:

When we see one man oppressed or injured by another, the sympathy which we feel with the distress of the sufferer seems to serve only to animate our fellow-feeling with his resentment against the offender. […] If the injured should perish in the quarrel, we not only sympathize with the real resentment of his friends and relations, but with the imaginary resentment which in fancy we lend to the dead, who is no longer capable of feeling that or any other human sentiment. [...] We feel that resentment which we imagine he ought to feel, and which he would feel, if in his cold and lifeless body there remained any consciousness of what passes upon earth. His blood, we think, calls aloud for vengeance. [...] The horrors which are supposed to haunt the bed of the murderer, the ghosts which, superstition imagines, rise from their graves to demand vengeance upon those who brought them to an untimely end, all take their origin from this natural sympathy with the imaginary resentment of the slain. And with regard, at least, to this most dreadful of all crimes, Nature, antecedent to all reflections upon the utility of punishment, has in this manner stamped upon the human heart, in the strongest and most indelible characters, an immediate and instinctive approbation of the sacred and necessary law of retaliation. (TMS II.I.2.5)

This strong resentment and thirst for vengeance, which are approvable according to Smith because they are a reaction to the disapproved of action of police brutality, can also be viewed as nourished by the mutual sympathy that is shared within a large community. More than sharing the resentment of George Floyd’s friends and family and the imagined resentment that he himself would have felt, the protesters mutually share their own resentment and feed into one another, which reinforces mobilization and participation in the protests.
If we add to the alleged presumption that the victims were up to no good, the lack of evidence for that presumption, the disproportionate violence used against defenseless individuals, and the fact that all these deaths are perceived as having too much in common to look like unrelated accidents, then one would question the motivation of the injurer. Is the motivation of the injurer something we can approve of? What if the injuries were not a random string of accidents? What if they were caused just because some people can injure another person and do so with impunity? What if this long string of similar injuries is motivated--or even perceived of as motivated--by systematic racism? Then, Smith would say, assuming we cannot approve of these motivations, resentment is complete, and it calls aloud for punishment.

We cannot at all sympathize with the resentment of one man against another, merely because this other has been the cause of his misfortune, unless he has been the cause of it from motives which we cannot enter into. Before we can adopt the resentment of the sufferer, we must disapprove of the motives of the agent, and feel that our heart renounces all sympathy with the affections which influenced his conduct. If there appears to have been no impropriety in these, how fatal soever the tendency of the action which proceeds from them to those against whom it is directed, it does not seem to deserve any punishment, or to be the proper object of any resentment. But when to the hurtfulness of the action is joined the impropriety of the affection from whence it proceeds, when our heart rejects with abhorrence all fellow-feeling with the motives of the agent, we then heartily and entirely sympathize with the resentment of the sufferer. Such actions seem then to deserve, and, if I may say so, to call aloud for, a proportionable punishment; and we entirely enter into, and thereby approve of, that resentment which prompts to inflict it. (TMS II.i.4.3-4)

A final layer that the Smithian model helps us understand is the indignation felt when deaths caused by police brutality are left unpunished:

When we think of the anguish of the sufferers, we take part with them more earnestly against their oppressors; we enter with more eagerness into all their schemes of vengeance, and feel ourselves every moment wreaking, in imagination, upon such violators of the laws of society, that punishment which our sympathetic indignation tells us is due to their crimes. Our sense of the horror and dreadful atrocity of such conduct, the delight which we take in hearing that it was properly punished, the indignation which we feel when it escapes this due retaliation, our whole sense and feeling, in short, of its ill desert, of the propriety and fitness of inflicting evil upon the person who is guilty of it, and of making him grieve in his turn, arises from the sympathetic indignation which naturally boils up in the breast of the spectator, whenever he thoroughly brings home to himself the case of the sufferer. (TMS II.i.5.6)

Add up all these sources of resentment accumulated over decades, and you may have an explanation for the huge mobilization of people in streets, protesting against what they perceive as a systematic violation of justice, even during a pandemic:

The violation of justice is injury: it does real and positive hurt to some particular persons, from motives which are naturally disapproved of. It is, therefore, the proper object of resentment, and of punishment, which is the natural consequence of resentment. As mankind go along with, and approve of the violence employed to avenge the hurt which is done by injustice, so they much more go along with, and approve of, that which is employed to prevent and beat off the injury, and to restrain the offender from hurting his neighbours. (TMS II.ii.1.5)

The Smithian model can thus explain why large street gatherings are happening in protest against police brutality but not in favor of reopening hair salons and places of worship during a pandemic. It can explain why climate change protests are held online rather than in person. Not being able to get a haircut does not generate approvable resentment. All places of worship are closed, not just some, so there is no resentment because some are deemed less worthy than others to be open. Climate change, as worthy a cause as it is, is not the result of an intentional act meant to purposefully destroy the planet, but an unintentional consequence of a multitude of actions that started centuries ago. According to Smith, blame, resentment and indignation come from a disapproval of a person’s intentions, not of the bad consequences of their actions. True and just resentment comes from a judgement of other people’s sentiments and capacity to feel. Police brutality is perceived as intentionally and systematically targeting some people, implicitly deemed “lesser” just because of their skin color. So far, such brutality seems to be mostly left unpunished. This does call aloud for indignant resentment that brings thousands into the streets, even during a pandemic, as individuals seem to have joined together to say that “enough is enough.”
Once again, we do not mean to endorse or condemn either the protesters or their critics. We simply wish to bring to light the explanatory power of the Smithian model. In the Smithian model, considerations of general social utility are an afterthought, not foundational. But by giving a large role to resentment, the Smithian model offers a possible alternative to irrationality to explain why people protest, even in a pandemic.