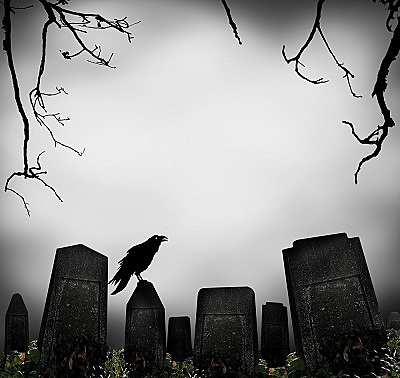 October 26, 2020
At the start of Adam Smith’s discussion of justice in The Theory of Moral Sentiments he makes a distinction between, on the one hand, love and gratitude, and on the other, hatred and resentment (II.i.1.2-7). The distinction helps set up Smith’s position that justice is keyed to “the sacred and necessary law of retaliation.” It also tells us something interesting about national holidays, and not least about Halloween.
Love is a sentiment of general delight. Gratitude is rather more specific. When we love someone, we welcome all good that comes to them, even if we are not the source of that good. Gratitude is different. The sentiment of gratitude seeks to reward someone for a particular benefit received. National holidays pick up on this difference in our sentiments.
New Year’s Eve is a celebration of the love of life, the 4th of July a love of America, and Christmas is the season of goodwill to all. These holidays track the sentiment of love. Irish American readers will likely be quick to add St. Patrick’s, love of being Irish. By contrast, Thanksgiving is a holiday of gratitude for the bounty of the New World. A typical ritual of the day: people around the table taking turns to express gratitude for something good in their lives. Mother’s Day and Father’s Day express gratitude for those who are our greatest benefactors (setting psychoanalytical complications to one side!).
Hate and resentment display a like difference. Smith observes that we might relish hearing that someone we hate has been injured or made to look foolish, but resentment requires more. Resentment is not satisfied with hearing about someone’s misfortune. The sentiment requires a person be punished and suffer specifically for what the person did to us. “Resentment would prompt us to desire, not only that he should be punished, but that he should be punished by our means, and upon account of that particular injury which he had done to us.” A family awaiting the execution of a prisoner who murdered their child would feel cheated if the night before the execution the criminal passed away peacefully in his sleep. Retaliation demands specifics.
It is noteworthy that there are no national holidays expressing hatred and resentment. To my knowledge, no nation has such festivals, even those which might in fact have just cause. This is not a curiosity, however, but follows on Smith’s observation that despite our capacity for sympathy with grief our sentiments incline more towards joy than sorrow (I.iii.1.5). This axiom explains the economy. In Smith’s telling, the economy is a game of role play. We admire the rich and imitate them by spending money on luxury because their lives seem to almost match “the abstract idea of a perfect and happy state. It is the very state which, in all our waking dreams and idle reveries, we had sketched out to ourselves as the final object of all our desires” (I.iii.2.2). This is what Smith calls illusive sympathy for it is a sympathy generated by fantasy (II.i.2.5). We all know the rich are not free of pain, self-doubt, regrets, and burdens. Smith never tires of making this point (IV.I.10).  Critically, illusive sympathy is not so-called because it is false. We are not confused. Like Smith, we know riches cannot buy happiness. Rather, the emphasis in Smith’s choice of illusive is on the ludic embedded in the origin of the word, play. We role-play the fantasy of being rich. Oddly, we can also play the part of the dead.
Halloween might be an exception to the fact that there are no national holidays dedicated to resentment. Ghosts, argues Smith, take their origin from our illusive sympathy for those who are killed unjustly:

The very ashes of the dead seem to be disturbed at the thought that his injuries are to pass unrevenged. The horrors which are supposed to haunt the bed of the murderer, the ghosts which, superstition imagines, rise from their graves to demand vengeance upon those who brought them to their untimely end, all take their origin from this natural sympathy with the imaginary resentment of the slain (II.i.2.4).

Originally, Halloween is a festival to commemorate martyrs. It is a holiday of gratitude.
Smith would give Halloween a twist. In theology, martyrs represent those murdered for the sake of God’s justice: for Smith, justice is not celestial, but keyed to “animal resentment” (II.iii.3.4). He would appreciate the playful quality of contemporary Halloween, but perhaps resist thinking it thoroughly playful. After all, children (and adults!) in dress-ups, role-playing ghouls and monsters, threaten retaliation if someone answers wrongly when questioned, “Trick or Treat?” In Smith’s telling, Halloween has a subterranean illusive sympathy percolating, the conjuring up of the martyrs who have some unfinished business to settle.

Many thanks to Prof. McAleer for this interesting Smithian reading of various holidays and their accompanying sentiments. I had never seen Smith's insights about ghosts presented in this way, and while I wonder about the limits of Smith's argument there, it is still a wonderfully imaginative take on the origins of the phenomenon.