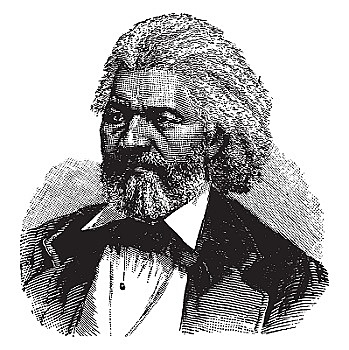 ...is he right on the economics? That is, are there instances when slave labor could, at least conceptually, more effectively mobilize and accumulate capital than free labor?
Adam Smith’s thoughts on slavery are an extension of his analysis of the mercantilist system. For Smith, mercantilism was a system of coercion that enriched a small group of capital-owners at the expense of labor and general prosperity. Mercantilism functioned by artificially raising profits in certain sectors—notably the “colony trade”—which in turn starved the rest of the economy of capital. Slavery was an even more brutal system of coercion, one that worked by violent  coercion of labor. Smith’s thoughts on slavery are scattered throughout his work, and thus lack an explicit organizing thesis. Nevertheless, two clear patterns emerge. First, Smith found the institution of slavery morally abhorrent as it robbed enslaved persons of their liberty and slavers of their humanity. Second, he believed that slavery was economically inefficient and detrimental to the prosperity of a society that employed it. Ultimately, Smith viewed slavery as existing on the extreme end of a continuum of political coercion, as a kind of apotheosis of the mercantilist state that constitutes the principle target of his oevre.
Examples of Adam Smith’s moral critique of slavery abound. In The Theory of Moral Sentiments, he writes:

all the different republics of Greece were at home almost always distracted by the most furious factions, and abroad involved in the most sanguinary wars, in which each sought, not merely superiority or dominion, but either completely to extirpate all its enemies, or, what was not less cruel, to reduce them into the vilest of all states, that of domestic slavery, and to sell them, man, woman, and child, like so many herds of cattle, to the highest bidder in the market.

Note that for Smith, not only is slavery the “vilest of all states,” but there is nothing redeeming about it. He does not seek to justify slavery on Platonic or theological grounds but sees clearly that it is based entirely on violent domination.
Moreover, though most of his writing on slavery references the classical world, Smith reserved special contempt for the European slave trade in Africa:

There is not a negro from the coast of Africa who does not…possess a degree of magnanimity which the soul of his sordid master is too often scarce capable of conceiving. Fortune never exerted more cruelly her empire over mankind than when she subjected those nations of heroes to the refuse of the gaols of Europe, to wretches who possess the virtues neither of the countries which they come from, nor of those which they go to, and whose levity, brutality, and baseness, so justly expose them to the contempt of the vanquished.

This is an impressive passage from a writer in the eighteenth century, boiling with moral outrage at both European imperialism and slavery. It is also noteworthy that Smith insisted the basis of slavery—and that of European colonialism in general—was “fortune” (luck), rather than any innate superiority of European civilization. In this he was ahead of his time, anticipating the recent California school historians who emphasize the brevity of the window during which western Europe enjoyed unchallenged supremacy in military technology.
Second, Smith believed slavery was economically less efficient than free labor. He believed that free labor, even in agriculture, would be motivated to maximize output since it shared in that output. In Smith’s words:

Land occupied by such tenants is properly cultivated at the expence of the proprietor, as much as that occupied by slaves. There is, however, one very essential difference between them. Such tenants, being freemen, are capable of acquiring property, and having a certain proportion of the produce of the land, they have a plain interest that the whole produce should be as great as possible, in order that their own proportion may be so. A slave, on the contrary, who can acquire nothing but his maintenance, consults his own ease by making the land produce as little as possible over and above that maintenance.

In short, since slave “compensation” was limited to subsistence no matter how much surplus the land produced, a slave had no incentive to maximize output. This makes sense even in a modern context. A worker in a free labor market has incentives to acquire skills that may not benefit them directly, as it will raise their bargaining power vis-à-vis potential employers. But a worker who is tied to their employer, either by state coercion or exploitative working conditions, has little to gain by doing so.
Smith’s moral and economic objections to slavery parallel his opposition to the primary target of his writings: the eighteenth century mercantilist system. Writing of the monopoly over the colony trade granted to British merchants, Smith believed:

The monopoly hinders the capital of that country, whatever may at any particular time be the extent of that capital, from maintaining so great a quantity of productive labour as it would otherwise maintain, and from affording so great a revenue to the industrious inhabitants as it would otherwise afford...One great original source of revenue, therefore, the wages of labour, the monopoly must necessarily have rendered at all times less abundant than it otherwise would have been.

In Smith’s analysis, monopoly artificially raised the rate of profit in a given industry, thereby draining capital away from more productive industries. This had the effect of depressing wages, since by definition wages would be higher in more productive industries. Smith’s analysis anticipated the idea of “marginal returns.” Indeed, he makes clear that the colony trade would be extremely profitable and consume considerable capital even in the absence of a monopoly, but that with a monopoly over-consumed British capital. (In modern economic parlance, its ex-subsidy marginal return on capital fell below opportunity cost even as its average return on capital remained well above).

Note the parallel to Smith’s critique of slavery. In the case of mercantilism, workers were prevented from earning higher incomes because industries that could have offered those incomes were denied access to capital. Under slavery, workers were directly denied the right to sell their labor on the market. In both instances, the effect was to limit productive capital accumulation, and to enrich a small group of owners of capital at the expense of laborers and overall prosperity. According to Smith,

By raising the rate of mercantile profit, the monopoly discourages the improvement of land. The profit of improvement depends upon the difference between what the land actually produces, and what, by the application of a certain capital, it can be made to produce. If this difference affords a greater profit than what can be drawn from an equal capital in any mercantile employment, the improvement of land will draw capital from all mercantile employments. If the profit is less, mercantile employments will draw capital from the improvement of land. Whatever therefore raises the rate of mercantile profit, either lessens the superiority or increases the inferiority of the profit of improvement; and in the one case hinders capital from going to improvement, and in the other draws capital from it. But by discouraging improvement, the monopoly necessarily retards the natural increase of another great original source of revenue, the rent of land. By raising the rate of profit too, the monopoly necessarily keeps up the market rate of interest higher than it otherwise would be. But the price of land in proportion to the rent which it affords, the number of years purchase which is commonly paid for it, necessarily falls as the rate of interest rises, and rises as the rate of interest falls. The monopoly, therefore, hurts the interest of the landlord two different ways, by retarding the natural increase, first, of his rent, and secondly, of the price which he would get for his land in proportion to the rent which it affords.

Note that this is almost identical to his analysis of the economic costs to slavery. Both would discourage productive “improvements” in agriculture—and other industries—either by artificially limiting returns on capital or returns on labor.
Given the anti-slavery potency of Smith’s thought, it is no surprise that it resonated with at least one prominent abolitionist. Frederick Douglass wrote, “The old doctrine that the slavery of the black, is essential to the freedom of the white race…belongs with the commercial fallacies long ago exposed by Adam Smith.”  I second Douglass’s conclusion.
Finally, I would like to pose a number of questions relevant to Adam Smith’s writings on slavery. First, is he right on the economics? That is, are there instances when slave labor could, at least conceptually, more effectively mobilize and accumulate capital than free labor? This would seem to be the argument in Fogel and Engerman’s thesis, as well as that of  Sven Beckert. It is also, perhaps, the underlying assumption for much of the New York Times’s 1619 Project. Second, was he right on the moral psychology? That is, while no one would disagree with his excoriation of slavery, Smith blames slavery’s evils on the moral degeneracy of individual slavers. But might it not be the case that a system of global free trade such as Smith promoted could reasonably be expected to result in such abhorrent practices regardless of the virtuousness of individuals involved? Was Smith aware of this danger? Finally, Smith believed that more opulent societies would tend toward having more slaves, as wealthy interest groups corrupted the political process and were able to indulge their all-too-human desire for “domination.” This prediction would appear, at first blush, to be wildly inaccurate. As societies grow in productivity taboos against slavery tend to become ever-more robust. What did Smith get wrong? How might we steelman his model of slavery to observe what, if any, kernel of truth it might contain?