Adam Smith Wants you to ENJOY the Holidays 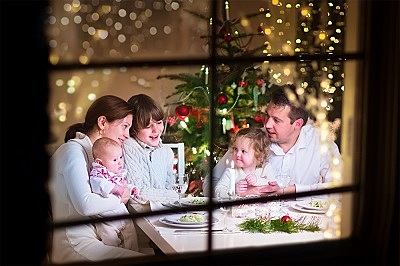 When a load of sorrow comes down upon the heart that is expanded and elated with gaiety and joy, it seems not only to damp and oppress it, but almost to crush and bruise it, as a real weight would crush and bruise the body. On the contrary, when from an unexpected change of fortune, a tide of gladness seems, if I may say so, to spring up all at once within it, when depressed and contracted with grief and sorrow, it feels as if suddenly extended and heaved up with violent and irresistible force, and is torn with pangs of all others most exquisite, and which almost always occasion faintings, deliriums, and sometimes instant death. (History of Astronomy I.6)

Smith is quite serious in being concerned that Surprise can cause death. As he argues, it is easier to habituate ourselves to grief; our minds have a natural resistance to grief, which slows the effect upon us. A sudden joy, however, hits all at once, with the potential of fatal consequences. As proof, Smith notes, “Most men who can take the trouble to recollect, will find that they have heard of more people who died or became distracted with sudden joy, than with sudden grief.” (That is a testable proposition, and mirabile dictu, it has actually been tested. Alas, Smith is wrong. Sudden grief is vastly more deadly than sudden joy; but, it is worth noting that Smith was not wrong in thinking that sudden joy can cause death.)
People who assert that they enjoy surprises are not using the word “surprise” in the same sense that Smith has defined the term. Nobody who says they like surprises enjoys the surprise of hearing about calamity.
People who say they like surprises, like nice surprises which are not really all that extreme. This is probably better described as enjoying variety; they like the idea that their lives are not ruled by schedule.
What does all of this have to do with holiday traditions? If Smith is right that Surprise is undesirable, then we craft our lives to avoid it. Navigating life to minimize surprise has an effect on the manner in which we find happiness.

Upon this are founded, in a great measure, some of the effects of habit and custom. It is well known that custom deadens the vivacity of both pain and pleasure, abates the grief we should feel for the one, and weakens the joy we should derive from the other. The pain is supported without agony, and the pleasure enjoyed without rapture: because custom and the frequent repetition of any object comes at last to form and bend the mind or organ to that habitual mood and disposition which fits them to receive its impression, without undergoing any very violent change. (History of Astronomy I.10)

We enjoy our traditional celebrations because the custom and frequent repetition have bent our minds to the habitual mood and disposition of joy. If Smith is right, our traditions are immensely valuable to our happiness. Traditions minimize surprise. We do not get rapturous joy from those traditions; instead we get that pleasant joy which we have come to expect. If you always have goose for Christmas Dinner, then you do not want to be surprised by a ham on the table; you want that familiar happiness of having once again that meal which has bought you the same happiness year after year.
The headlines proclaiming that we should be thinking about the season to come in a spirit of adventure full of surprise have it backwards. Instead, start by asking how many traditions you can keep and cling to those traditions with an iron-clad grip. If the traditions must be modified, modify them as little as possible. Especially in a time of upheaval, tradition is our friend.