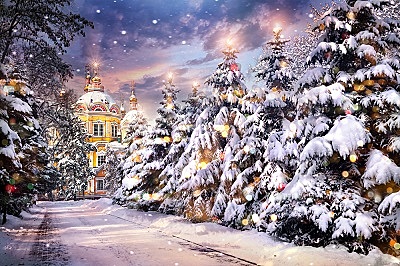 Aristotle’s proposition that individuals belong more to the republic than to themselves folds the part (individual) into the whole (polity). This mereology collapsed, argues Strauss, when people adopted the Christian belief in a personal transcendent destiny and a loyalty to a kingdom beyond this world.
There is a cottage industry devoted to teasing out whether Smith was a Christian, and, if so, of what variety. Some contend that Smith was a  Christian Stoic. I think this is wrong because Stocism relies on a mereology – the study of the relationship of parts and wholes -- which Smith does not endorse. In his own summary of Stoicism in The Theory of Moral Sentiments, Smith says of the Stoic:

He does not look upon himself, according to what self-love would suggest, as a whole, separated and detached from every other part of nature, to be taken care of by itself, and for itself. He regards himself in the light in which he imagines the great Genius of human nature, and of the world regards him. He enters, if I may say so, into the sentiments of that Divine Being, and considers himself as an atom, a particle, of an immense and infinite system, which must, and ought to be disposed of, according to the conveniency of the whole. (I.iii.2.9)

In Christian Stoicism, the individual, family, nation, and God are like so many Russian nesting dolls, the smaller fitting inside the bigger, arranged in order to complete the overall effect. In a sermon, Adam Smith’s friend, the Scottish divine Hugh Blair argues that the passions gain serenity only under the “pavilion of the Almighty.” In Christian Stoicism, biblical sentiment is bolted on to ancient metaphysics.
The moral prestige of benevolence recommends the Stoic ideal, but its organicism runs counter to the autonomy inside Smith’s account of justice. Relying on Roman law, Smith argues that justice demands an individual’s person, property, and reputation be free of trespass. As a moral agent, my primary duty is to not damage those around me. Smith compresses justice into the memorable line: “We may often fulfil all the rules of justice by sitting still and doing nothing” (II.ii.1.10). Certainly, benevolence helps us to perfect our moral life but being just is, and in a critical way, moral enough.
Stoicism was in the air during the period and seems to resonate in Leibniz’s theory of justice as the “charity of the wise.” The emphasis on wisdom is Stoic. About the Stoic ideal, says Smith: “The wise and virtuous man is at all times willing that his own private interest should be sacrificed… to the interest of that great society of all sensible and intelligent beings” (VI.iii.1).
However, not wisdom, but humility – the chief Christian symbol of which is the God-baby in a manger put into the care of humans and animals – is at the core of Smith’s ethics:

The administration of the great system of the universe, however, the care of the universal happiness of all rational and sensible beings, is the business of God and not of man. To man is allotted a much humbler department, but one much more suitable to the weakness of his powers, and to the narrowness of his comprehension; the care of his own happiness, of that of his family, his friends, his country: that he is occupied in contemplating the more sublime, can never be an excuse for his neglecting the more humble department… The most sublime speculation of the contemplative philosopher can scarce compensate the neglect of the smallest active duty. (VI.ii.3.6)

We know Smith was a dutiful son, and we know his mother was pious, so he would certainly have gone along with her to Christmas services. Leo Strauss argues that Christianity broke the grip of the republic over the individual. Aristotle’s proposition that individuals belong more to the republic than to themselves folds the part (individual) into the whole (polity). This mereology collapsed, argues Strauss, when people adopted the Christian belief in a personal transcendent destiny and a loyalty to a kingdom beyond this world. So far as the world was concerned (whole), the Christian revolution proposed that the individual person was in the ascendent (part). Christianity reversed ancient priorities. Stepping away from the question of Smith’s own piety, his mereology reflects this radical reversal.
The individual precedes the state: “Among equals each individual is naturally, and antecedent to the institution of civil government, regarded as having a right both to defend himself from injuries, and to exact a certain degree of punishment for those which have been done to him” (II.ii.1.7). This passage reads like many found in medieval treatises on natural law wherein ideas of personal rights were first developed. Continuing the anti-organicism of natural law, Smith makes the point that each individual is a whole and not a part of a whole, thusly: “so, by the wisdom of Nature, the happiness of every innocent man is, in the same manner, rendered holy, consecrated, and hedged round against the approach of every other man; not to be wantonly trod upon, not even to be, in any respect, ignorantly and involuntarily violated, without requiring some expiation…” (II.iii.3.4).
These myriad discrete wholes – persons – are coordinated by the division of labour, which also coordinates the independent operations of nations. “We do not love our country merely as a part of the great society of mankind: we love it for its own sake, and independently of any such consideration” (VI.ii.2.4). Persons and nations are not nesting dolls; they are not like “an atom, a particle, of an immense and infinite system.”
In another blow to organicism, it is also untrue for Smith that persons within nations think of themselves principally as parts of a national whole:

Every independent state is divided into many different orders and societies, each of which has its own particular powers, privileges, and immunities. Every individual is naturally more attached to his own particular order or society, than to any other. His own interest, his own vanity, the interest and vanity of many of his friends and companions, are commonly a good deal connected with it. He is ambitious to extend its privileges and immunities. He is zealous to defend them against the encroachments of every other order of society. (VI.ii.2.6)

It is arguably Smith’s greatest achievement to theorize how the division of labour coordinates a plenitude of contending – personal and collective – interests, vanities, and privileges. This astonishing intellectual effort was required because he subscribed to a radical Christian mereology rather than a pacified Christianity bolted on to ancient organicism. I propose that probing thoughts were going on inside Smith’s head when he sat in the pews at Christmas.