Cromwell and the Chiseling of the Court 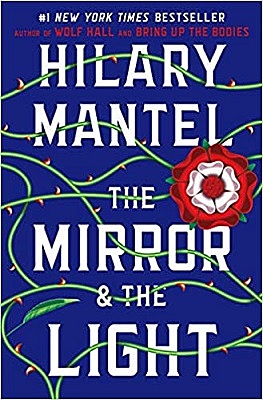 “It is hard to determine what a monarch may or may not do.”
I happened to read the much anticipated final entry in Hilary Mantel’s fictional trilogy about Henry VIII’s advisor Thomas Cromwell shortly after re-reading Adam Smith’s Lectures on Jursiprudence. It’s no surprise, then, that I found myself thinking, throughout my reading of the novel, of Smith’s observation that  “It is hard to determine what a monarch may or may not do.”
As The Mirror and the Light opens, Henry VIII is aging and in increasingly ill health. He has divorced his first wife and executed his second on charges of adultery. Cromwell has been instrumental in achieving both these outcomes. He is equally instrumental in arranging Henry’s third marriage, to Jane Seymour. And when Jane dies of puerperal fever after the birth of their son, Cromwell is central, yet again to the arranging of Henry’s fourth marriage, with Anne of Cleves.
Throughout the novel, Cromwell and the rest of the court must find ways to maneuver around Henry’s unpredictable character and to survive his volatile changes of mood and opinion. The breath-taking speed at which the King changes his mind is made visible for the reader by Mantel’s repetition of scenes where laborers busily chip away the monograms of Henry and Anne Boleyn in order to replace them with monograms of Henry and Jane Seymour.
Mary Tudor, Henry’s daughter with his first wife, Katherine of Aragon, teeters on this unstable tower as well. The legitimacy of her birth, her status at court, and her safety as a Catholic whose father is head of the Church of England, change and alter depending on the King’s mood, his pleasure with his current wife, and his increasingly unpredictable attitude towards religion. Cromwell spends much of The Mirror and the Light helping Mary learn to negotiate and survive her father’s changeability.
It is Cromwell’s skill at navigating Henry’s unpredictable course that has allowed his meteoric rise over the course of the trilogy. A butcher’s son, he has risen so high that, by the middle of the novel he is frustratedly hoping for Henry to declare him regent if Henry dies before his son’s majority.
But as each of Henry’s wives has learned, you can only sidestep the King’s moods for so long. Cromwell’s rise and his closeness to the King have inspired years worth of jealous envy in the nobles who are better born than he, but are now outranked by him. Cromwell’s engineering of Henry’s disastrous marriage to Anne of Cleves (who seems not to have been sexy enough to tempt the ill and aging King) opens the door for others to accuse him of not having the King’s best interests at heart. The assistance he has given Mary Tudor is presented as a treasonous plot to marry the King’s daughter. And his rise in rank is presented not as success, but as ambition to unseat the King himself.
And just as quickly and neatly as the workmen have chiselled away the monograms of each of Henry’s former wives, Cromwell is chiselled out of court life, taken to the Tower, and executed.


It is, indeed, hard to determine what a monarch may or may not do. Smith’s observation makes a tidy epigraph for Mantel’s entire trilogy. It seems particularly apt for this final entry where Henry’s capricious choices finally turn on the one person who thought he could understand and manage the monarch.