by Mike Young for AdamSmith

Smith’s unique belief in the individual results in a surprisingly modern assessment of Islamic contributions to astronomy. 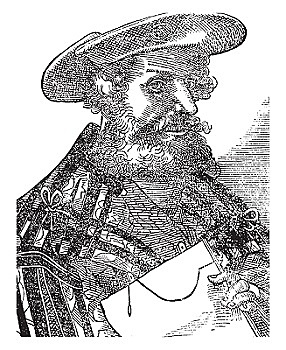 Any reader familiar with colonial-era authors might anticipate a certain amount of snobby ethnocentrism in their works. Sweeping generalizations, ignorance, and explicit racism about the colonies and their occupants can be found in all kinds of 18th century books and articles. Fortunately, Adam Smith generally avoids the sins of his contemporaries in his History of Astronomy, giving a fair and accurate recap of Eastern contributions to the West’s astronomical knowledge. His refreshingly balanced assessment of Islamic scientists, derived from a unique theory of individualism, makes HoA a stand-out history that stands up to scrutiny today.
A History of Astronomy is exactly that - Smith’s attempt to tell a global history of the science of the stars and planets. But HoA is not merely a chronicle of events. Instead, it boldly situates the entire tale of scientific progress on the foundations of human wonder and personal curiosity. Smith claims that individuals, and not societies, respond to these universal sentiments, which push them to unravel the mysteries of astronomy. His belief in the importance of individuals and the universal nature of their emotions enhanced his ability to conceptualize and describe the contributions of scientists outside his Western world.
Specifically, HoA gives a positive view of the Middle East's scientific scene as Smith’s narrative of the history of science reaches the seventh century. Smith portrays the next 500 years of Islamic sultans as benevolent overlords with a profound appreciation for philosophy. He describes their empires as “tranquil” kingdoms, managed by “mild, just, and religious” rulers who are equal parts “magnificent and generous.” Such a laudatory portrait paints over bloody and sinister tragedies inflicted by these empires on both subjects and foes. The middle ages were violent, and the Middle East wasn’t spared feudal squabbling or the titanic clashes of empires. But the main goal of HoA is an assessment of scientific progress, not political violence.  Within this scope, it agrees with modern histories of astronomy, which correctly credit Islamic scholars for innovations in the field.
Smith perceptively explains that the political and cultural forces at play in the Eastern Caliphates made astronomy a valued science. Practical religious objectives like determining the precise time for prayers and the exact direction to Mecca granted astronomers a boost in status that led to government patronage.
In this context, he acknowledges achievements that modern scholars also hail as revolutionary - referring to, for example, the medieval Abbasid astronomers in the Baghdad House of Wisdom, who performed complex feats of mathematics to try to square the Ptolemaic model with their improved observations.  He also mentions that Al-Farghani’s “On the Science of Stars,”  which improved our knowledge of the ecliptic’s obliquity and the sun’s apogee to such a degree that a crater on the moon now bears his name. And indirectly he references the Fatimid astronomer Ibn Yunis, who, working in a new city that is today called Cairo, meticulously compiled data to demonstrate that Ptolemy’s system was wrong about the degree of wobble (“precession”) of the earth. Yunis’s work was so thorough that Copernicus relied on his tables to construct his heliocentric model hundreds of years later.
These and others were major achievements. Coupled with new tools for measurement, including some of the first observatories, quadrants, equatoriums, and mechanical calculators, Eastern scientists began to chip away at several false models inherited from western predecessors.  By the middle of the 11th century, at least three significant texts doubting Ptolemy were circulating in the Islamic world - doubts which would prove well-founded, and which, if taken more seriously in the West, might have accelerated the discovery of the true heliocentric model of the solar system.
Eastern scholars and inventors added powerful observational weapons to the arsenal of astronomy while bringing fresh eyes to false dogma. Their studies played at least as significant a role in astronomical history as those of their Western contemporaries. Smith does well to record their contributions, and the accuracy of his insights is a testament to the strength of his individualist approach to the history of astronomy.