In Praise of Sauntering 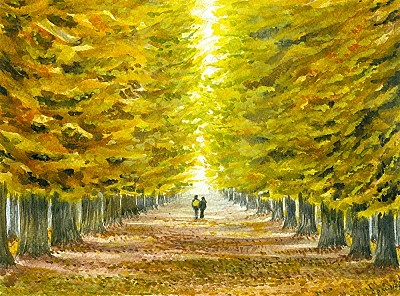 September 28, 2020
One of the reasons that Adam Smith praises the division of labor is that it cuts down on “the time commonly lost in passing from one sort of work to another.” In charmingly vivid prose Smith describes country laborers, who commonly engage in a wide range of tasks throughout the course of their working day, “sauntering” from one bit of work to another. ‘A man commonly saunters a little in turning his hand from one sort of employment to another. When he first begins the new work he is seldom very keen and hearty; his mind, as they say, does not go to it, and for some time he rather trifles than applies to good purpose.” (WoN 1.1.7)
We all know it’s true. And it’s no less true of office workers and academics than it was of the country workmen Smith observed so closely. Those of us who are endlessly distracted by email, text, Twitter, and Facebook notifications have certainly noticed that returning to work after checking in on the latest social media kerfuffles, department news, or office chat means that we lose not just the time we spend checking in, but also the time (15 minutes? Half an hour? More?) that it takes us to pick up our place in the work we set aside “just for a sec.”
So strong is this human propensity for distraction and sauntering that there is a near endless supply of planners, apps, and life coaches to help us stay focused, keep on task, and meet every goal. So intense is the social condemnation against not being driven to complete yet another 21 day challenge while meeting and beating every work goal, that the voices in our heads often sound like Smith at his most critical.

The habit of sauntering and of indolent careless application, which is naturally, or rather necessarily acquired by every country workman who is obliged to change his work and his tools every half hour, and to apply his hand in twenty different ways almost every day of his life, renders him almost always slothful and lazy, and incapable of any vigorous application even on the most pressing occasions. Independent, therefore, of his deficiency in point of dexterity, this cause alone must always reduce considerably the quantity of work which he is capable of performing. (WoN 1.1.7)

We are slothful. We are lazy. We cannot work hard even when we really really need to. Adam Smith is ashamed of us, and we should be too.
And certainly, this praise of efficiency and critique of lost time is just what we should expect from Smith, with his strong interest in increasing wealth and prosperity and getting more and more work done more and more efficiently.
But, as is usual with Smith, it’s dangerous to assume you know where he’s heading just because you understand his starting point. Immediately after his discussion of the laziness of laborers who saunter their way from task to task, he notes that one of the major benefits of focusing on a single task is that it allows workers to use their laziness for good.

A great part of the machines made use of in those manufactures in which labour is most subdivided, were originally the inventions of common workmen, who, being each of them employed in some very simple operation, naturally turned their thoughts towards finding out easier and readier methods of performing it. Whoever has been much accustomed to visit such manufactures, must frequently have been shewn very pretty machines, which were the inventions of such workmen, in order to facilitate and quicken their own particular part of the work. In the first fire-engines,a boy was constantly employed to open and shut alternately the communication between the boiler and the cylinder, according as the piston either ascended or descended. One of those boys, who loved to play with his companions, observed that, by tying a string from the handle of the valve which opened this communication, to another part of the machine, the valve would open and shut without his assistance, and leave him at liberty to divert himself with his play-fellows. One of the greatest improvements that has been made upon this machine, since it was first invented, was in this manner the discovery of a boy who wanted to save his own labour. (WoN 1.1.9)

We don’t want to work all the time. Smith didn’t either. (He once wrote to his mother about a “violent fit of laziness” that had kept him in his arm chair for three months straight.) But rather than moving from task to task, doing each of the half-heartedly, Smith’s hope is that our natural propensity to laziness will spur us to find better and easier ways of doing our work, so we have more time to saunter for the sheer pleasure of it. Laziness can trap us in an unending cycle of work left half-done, or it can free us, and everyone who comes after us, to do something more diverting.
This section of Wealth of Nations always reminds me of the novel, Cheaper by the Dozen, written about the motion study pioneers Frank Bunker Gilbreth and Lillian Moller Gilbreth by two of their children. Unlike their contemporaries, the Taylorists who were interested primarily in increased productivity, the Gilbreths were focused on time saving and fatigue elimination in order to improve workers’ quality of life. Why? The end of the novel sums up Gilbreth’s perspective, and Smith’s points about laziness, quite neatly.

Someone once asked Dad: “But what do you want to save time for? What are you going to do with it?” “For work, if you love that best,” said Dad. “For education, for beauty, for art, for pleasure.” He looked over the top of his pince-nez. “For mumblety-peg, if that's where your heart lies.” 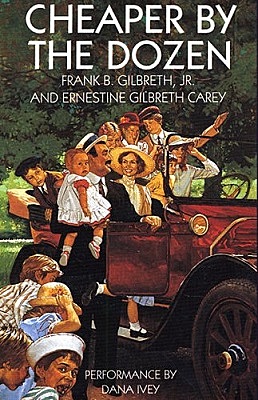 Thank you Sarah for this diversely cited encomium to sauntering! This piece also thoughtfully explores the through-lines in human nature that connect us and our work habits, at least to some extent, to the sauntering workman of yesteryear. I didn't anticipate the turn to Cheaper by the Dozen, but then again, there are many surprising connections to make in/to Smith. I appreciate the author's inclusion of yet another one here.