Institutional Competition and the Scottish Enlightenment 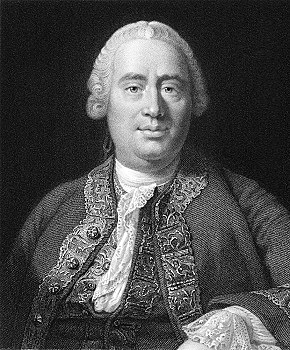 Roland Vaubel has pointed out that, as far as we know, David Hume was the first to realize the benefits of institutional competition. In his essay “Of the Rise and Progress of the Arts and Sciences” (1742), Hume noted that Europe was at his time “a copy at large of what Greece was formerly a pattern in miniature” (121). He noted that “Europe, of all four parts of the world, is the most broken by seas, rivers and mountains and Greece of all countries of Europe. Hence, these regions were naturally divided into several distinct governments” (122f).
For Hume, the central advantage of this diversity of governments was related to the rise and progress of the arts and sciences. The mechanism highlighted by him as responsible for this effect was the mutual jealousy of the inhabitants of those governments: “When a number of neighboring states have a great intercourse of arts and commerce, their mutual jealousy keeps them from receiving too lightly the law from each other in matters of taste and reasoning and makes them examine every work of art with the greatest care and accuracy” (119).
In analyzing the example of Greek Antiquity, Hume expanded that thought:

Each city produced its several artists and philosophers who refused to yield the preference to those of the neighboring republics. Their contention and debates sharpened the wits of the men. A variety of objects was presented to the judgment, while each challenged the preference to the rest, and the sciences, not being dwarfed by the restraint of authority, were enabled to make such considerable shoots as are even at this time the objects of our admiration. (120f.)

For Hume, it was then this combination of diversity and mutual jealousy that would explain the progress of the arts and science of Ancient Greece in contrast, for example, to their slow progress in the European Middle Ages and in the vast empire of China.
In his Essay on the History of Civil Society (1767), Adam Ferguson extended Hume’s point to political life:

Among the advantages which enable nations to run the career of policy as well as of arts…we should reckon every circumstance which enables them to divide and to maintain themselves in distinct and independent communities. The society and concourse of other men are not more necessary to form the individual than the rival ship and competition of nations are to invigorate the principle of political life in a state. Their wars, and their treatises, their mutual jealousies, and the establishments which they devise with a view to each other, constitute more than half the occupations of mankind, and furnish materials for their greatest and most improving exteriors. For this reason, clusters of islands, a continent divided by many natural barriers, great rivers, ridges of mountains, and arms of the sea, are best fitted for becoming the nursery of independent and respectable nations. (p. 119)

The combination of diversity and mutual jealousy that for both Hume and Ferguson leads to the progress of the arts, sciences, and politics could be taken to constitute one of the mechanisms by which institutional competition takes place. As Vaubel notes, the mechanism highlighted by Hume and Ferguson could be seen as characteristic of “yardstick competition.” Yardstick competition relies on the learning and innovation processes that diversity makes possible, and on the desire to outperform others. Yardstick competition, however, is not the central mechanism that contemporary discussions have most forcefully emphasized. That mechanism is mobility-based competition. Within the Scottish Enlightenment, Adam Smith first captured its importance in his Wealth of Nations (1776).
Smith did this in the context of explaining how the owners of mobile capital responds to international differences in taxation:

The…proprietor of stock is properly a citizen of the world and is not necessarily attached to any particular country. He would be apt to abandon the country in which he is exposed to a vexatious inquisition in order to be assessed a burdensome tax and would remove his stock to some country where he could either carry on his business, or enjoy his fortune at ease. By removing his stock he would put an end to all the industry which it had marinated in the country which he left. A tax that tended to drive away stock from a particular country would so far tend to dry up every source of revenue both to the sovereign and society. (Vol. 2, pp. 848-849.)

But it must be said that this appreciation of the importance of the mobility of capital was already present in one of the central influences of the Scottish Enlightenment: Montesquieu’s Spirit of the Laws (1748). Montesquieu had noted that all moveable assists “belong to the whole world.” In particular, he noted that the bill of exchange had allowed the richest traders to own “invisible goods” that “could be sent everywhere and no leave no trace anywhere”. This meant that “princes have had to govern themselves more wisely than they themselves would have thought…” (389). And it was another Frenchman, Anee-Robert Jacques Turgot, who, just two years after the publication of The Wealth of Nations, would extend Montesquieu’s insights on the importance of the mobility of assets to an insight on the importance of exit more generally: “The asylum which (America) opens to the oppressed of all nations must console the earth. The ease with which it will now be possible to take advantage of this situation, and thus to escape from the consequences of a bad government, will oblige the European governments to be just and Enlightened” (389).


Nicolas Maloberti is a Senior Fellow at Liberty Fund, Inc.

It would be interesting to consider how the discussion on competing governments could extend into the interactions between state government. Especially since the ability to exit is so much easier than in the case of a nation.