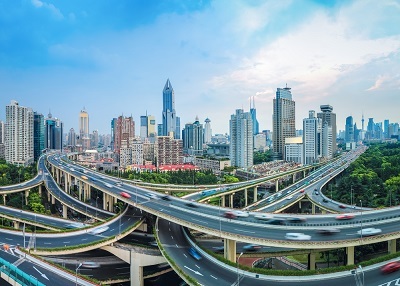 Is keeping up with other advanced economies a sufficient justification for increased national spending on infrastructure?
Adam Smith dared to answer, “No.”
Is keeping up with other advanced economies a sufficient justification for increased national spending on infrastructure?
Adam Smith dared to answer, “No.” The accounts of roads and canals, particularly in Europe and China, Smith wrote in 1776, have “generally been drawn up by weak and wondering travelers.” “If they had been examined by more intelligent eyes, and if the accounts of them had been reported by more faithful witnesses, they would not appear to be so wonderful (The Wealth of Nations, Book V, Chapter 1).” Smith notes that in parts of Europe, roads required for facilitating government were well maintained and the rest neglected. In China, infrastructure spending was directed towards extending certain markets, motivated by the sovereign’s need for revenue.
The true justification for the expense of maintaining public or private fixed capital, Smith emphasized, is not to decrease but rather augment the wealth of the nation as a whole. “The intention of the fixed capital is to increase the productive powers of labour, or to enable the same number of labourers to perform a much greater quantity of work.”
Infrastructure policy requires a framework for defining public as compared to private goods, a critical distinction lacking in proposed bills. Also lacking is a discussion of net benefits spread over time, a fundamental characteristic of infrastructure.
Well-constructed bridges, clean water, maintained highways, modern airports, and secure cyber-networks contribute to increasing a nation’s productivity as a whole; they increase access and decrease costs. This encourages widespread production and introduces rival commodities into old monopolistic markets. Smith argued that improvements in infrastructure are advantageous to every part of the country.
In 1930, the United States allocated 4.2% of GDP to public and private infrastructure-type projects; by 2016, similar investment dwindled to 2.5%. Public spending on roads, bridges, water systems, and other infrastructure items fell by 8 percent between 2003 and 2017. Although Smith is quite clear that “the expense of making and maintaining the public roads of any country must evidently increase with the annual produce of the land and labour of that country,” he indicates that it does not seem necessary that the expense of those public works should be defrayed from public revenue.”
User fees are one of the most efficient, though politically unpopular, means of financing infrastructure. In proposing user fees, as compared with forced labor or taxes on wage earners, Smith addresses income distribution. Smith suggests that tolls upon the carriages of luxury, catering to the indolence and vanity of the rich, “contribute in a very easy manner to the relief of the poor, by rendering cheaper the transportation of heavy goods to all the different parts of the country (683).” Therefore, given the increase in expensive and subsidized electric vehicles, he would undoubtedly support a transition from the per gallon gasoline tax Interstate financing to that of a user charge based on miles traveled.
Lamenting magnificent roads leading to officials’ villas, and bridges designed to embellish vistas from affluent homes, Smith carefully discusses the incentives for ensuring maintenance for different types of infrastructure. In some instances he recommends, in return for tolls collected, a form of public/private partnership for construction and operation. However, for other types he recommends full management by commissioners or trustees (684). He realizes that improper persons are often appointed to these commissions and the necessity, therefore, of monitoring how projects are prioritized and funding allocated.
Given the U.S. federal government’s increased infrastructure involvement, local officials have tended to postpone core infrastructural needs. Even when federal funding is available, local officials are required to access multiple sources of revenue, identify a single responsible entity, and monitor projects to completion. Merely using federal grant money to contract feasibility studies is not sufficient.
Is it possible for revenue derived from a particular type of infrastructure to be used to finance “the general expense of the state”? It is conceivable, per Smith, that some revenue might be gained in this way, but not nearly as much as projected. Consider the assumption that sewage fees should be set to finance overall municipal expenses. Adam Smith indicates, “The plan itself, however, seems liable to several important objections (685). Once considered, fees would constantly be increased and, thus, discourage domestic industry. In addition, it would become increasingly difficult to redirect these funds, for example, towards maintaining the wastewater treatment facility.
Listening to the news one would think that the federal government in the U.S. is the primary spender on infrastructure. Nothing could be further from the truth. State and local governments dominate in ownership as well as in spending for new infrastructure and maintenance. Adam Smith goes further in arguing for “provincial” revenue as well as local administration:

The abuses, which sometimes creep into the local and provincial administration of a local and provincial revenue, how enormous so ever they may appear, are in reality, however, almost always very trifling, in comparison of those which commonly take place in the administration and expenditure of the revenue of a great empire. They are, besides, much more easily corrected (689).


The essential problem is the limited ability of local government to raise needed funds for infrastructure. Yet, private capital is available to solve this dilemma. Private financing takes two forms, direct investment using corporations to manage facilities and indirect investment in which individuals, insurance companies, and pension funds hold bonds used for infrastructure construction and maintenance.
Traditionally, US agencies design internally and bid out construction for public works. Recently, however, state and local authorities have been exploring alternatives due to frustration with time lags between approval, construction, and completion. Officials considering innovation-contracting often experience strong push back from private suppliers unwilling to assume risk for long-term on-time performance and from the public disenchanted with entities such as Fannie Mae and Freddie Mac.
Is it unreasonable to expect local officials to estimate infrastructure risk, approximate costs and benefits, and safeguard the public interest in contracting with private entities? Smith’s Wealth of Nations is used at times to expand government’s role or dismiss it altogether given corporations’ ability in our time to access funds:

The third and last duty of the sovereign or commonwealth is that of erecting and maintaining those public institutions and those public works, which, though they may be in the highest degree advantageous to a great society, are, however, of such a nature, that the profit could never repay the expense to any individual or small number of individuals, and which it therefore cannot be expected than any individual or small number of individuals should erect or maintain.


What is the ideal mix of the federal, state, local government, and private sectors in providing infrastructure? This issue will never be fully resolved.
However, for those comfortable with the tension between public and private, federal and local, Yankee ingenuity in good governance and effective intermediary institutions may reassert itself yet. Smith’s nuanced approach to infrastructure could augment the wealth of the nation as a whole and increase labor productivity.