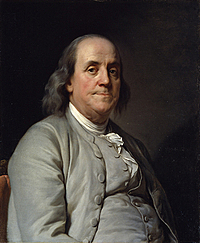 English professors are wont to spend a lot of time telling students that they have to read things all the way to the end before they understand them. Herodotus tells us to “call no man happy until he is dead,” meaning that we need to see the entirety of a life story to decide if a life was a happy one or not. With books, we similarly have to avoid a rush to feeling that we have thoroughly understood the themes or arguments before we have turned the last page.
All of this is to say that I think something very important happens at the end of Adam Smith’s The Theory of Moral Sentiments. Smith has given us more than 300 pages instructing us that learning to regulate our moral sentiments in accordance with the judgments of our impartial spectator will help us to live better lives.
And then he says this. Even when we meet a man of the most refined and perfected moral sentiments “We cannot indeed be always sure that the conduct of such a person would be in any respect correspondent to the precision and accuracy of his judgments concerning the conduct of others. Virtue requires habit and resolution of mind, as well as delicacy of sentiment; and unfortunately the former qualities are sometimes wanting, where the latter is in the greatest perfection.” (VII.iii.3.9)
Smith tells us that perfect moral sentiments, perfectly aligned with a perfectly impartial spectator are not enough to make us behave well. For that we need habit and persistence and, most of all, we need virtue. And in the same way that learning to sympathize appropriately takes time and practice, virtue takes habit and resolution.
Today’s bullet journals and habit trackers that are intended to promote good habits and instill virtue were popular in Smith’s time as well. The most famous is certainly Benjamin Franklin’s daily schedule--which begins every day by asking “What good shall I do today?” and finishes by asking “What good have I done?” and is accompanied by his list of the virtues he would like to attain, and a handy chart that lets him track every time he violates one.
It’s easy to make fun of Franklin--not known for his austerity--for his attempts to learn to be virtuous. But it’s important to respect the fact that Franklin, famed for Poor Richard’s Almanack, which was full of good advice about virtuous living, was not interested in just giving advice without making the effort to follow it. Franklin seeks, with his schedules, lists, and charts, to take his moral sentiments and bring them into practice in his own life. Human perfection is a project that is doomed to failure, but that doesn’t mean it isn’t right and honorable to try to be better...to try to be good.
We cannot judge someone, or assess our own selves, by evaluating the correctness of moral sentiments alone. We have to consider actions as well. A good foundation of nicely nuanced moral sentiments may well be the best ground on which to build virtue. And without such a foundation, “There are many men who mean very well, and seriously purpose to do what they think their duty, who notwithstanding are disagreeable on account of the coarseness of their moral sentiments. (TMS VII.iii.3.10). But it is that desire to work towards virtue that makes it possible, Smith argues, to turn felt moral sentiments into correct actions. It’s much easier (no matter how hard it is)  to learn to know what is the right thing to do than it is to follow through and do that right thing. But unless we make that final step, we’re the moral equivalent of someone who has read a few books about gardening, but never picked up a shovel or pulled a weed.

Great article, Sarah, on an important--if somewhat awkward--topic for those who like to read about/study ideas related to moral sentiments and virtue. Our books alone will not save us. For those interested in reading more about the moral arc of Ben Franklin's own life, and some of his less well known familial influences, I would highly recommend "Book of Ages: The Life and Opinions of Jane Franklin" by Jill Lepore. It definitely helps to illustrate how, as Sarah says, "Franklin seeks, with his schedules, lists, and charts, to take his moral sentiments and bring them into practice in his own life."

Thanks, Shannon! People can also find details on Franklin's daily schedule, and a link to his list of the 13 virtues he wanted to acquire at this link. www.businessinsider.com/benjamin-franklin-daily-routine-experiment-2016-8