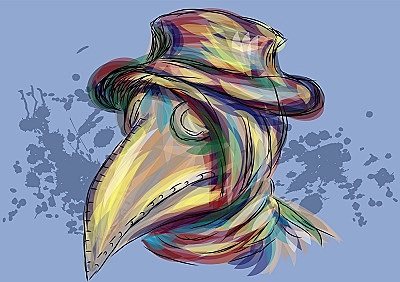 Economically, the period of the last hundred years has been the best in our history. That has been despite expensive calamities: a Great Fire and a Great Plague in London, two Dutch Wars, the disorders of the English Civil War and Glorious Revolution, conflict in Ireland, two Jacobite rebellions and four expensive French wars…The efforts of the ordinary people—protected by law and free to exert themselves to their best advantage—have maintained national economic progress. Let us hope and trust they continue doing so. (WoN, 309)

Why was he so hopeful ordinary people would “continue doing so”? Not because Smith was excited about greater per capita GDP, but because their cumulative individual efforts led to a general increase in the resources available to thrive. The Wealth of Nations is not really about wealth, per se, but about human flourishing. Smith was far more concerned with the sentiments of sympathy and happiness than with the raw metrics of financial gain. He understood, properly, that wealth was merely a means to an end—a way to extend the blessings of longevity, health, and joy to as many as possible. Vibrant, thriving economies were (and are) good for material welfare, and they are the best protection against calamity.
This is why, in the midst of the current pandemic, recovery hinges upon far more than a simple “lives vs. dollars” false dichotomy. Economic vitality is life insurance. Wealth is insulation. Far better to weather the buffeting of contagion in climate-controlled single-family homes than in squalid hovels on muddy medieval streets. Better to bicker over ventilator distribution than to squabble over last rites. Better to complain about toilet paper shortages than to endure shortages of grain. Everything works better in a background of prosperity: our most basic needs are more easily met, global information flows (and is debated) instantly, medical technology and expertise can effectively stave off premature death. The wealth of nations is directly linked to the lives of its citizens.
The rising tide of “national economic progress,” therefore, is no airy abstraction. It is deeply relevant, particularly in a time of pestilence. And it is here that Smith makes another important observation: the economic health of a nation is directly linked to the spirit of its people, to the individual’s faith that his or her labor is not in vain. “Our ancestors,” Smith says, “were idle for want of a sufficient encouragement to industry.” Once conditions ripened for individuals to plausibly believe that their efforts would accrue to their own benefit, a torrent of national wealth creation sprang forth from an “industrious, sober, and thriving” population. The aggregate individual impulse, the true font of the wealth of nations, made everyone better off. So much better off, in fact, that it could plausibly absorb a certain degree of wasteful excess:

The uniform, constant, and uninterrupted effort of every man to better his condition, the principle from which public and national, as well as private opulence is originally derived, is frequently powerful enough to maintain the natural progress of things toward improvement, in spite both of the extravagance of government and of the greatest errors of administration. (WoN, 306)

However, he noted ominously, it cuts both ways:

…unproductive hands, who should be maintained by a part only of the spare revenue of the people, may consume so great a share of their whole revenue, and thereby oblige so great a number to encroach upon their capitals, upon the funds destined for the maintenance of productive labour, that all the frugality and good conduct of individuals may not be able to compensate the waste and degradation of produce occasioned by the violent and forced encroachment.

In other words, if there are too many free-riders and not enough bailers, the lifeboat sinks underneath us all.
Which brings us to today: the enormous global capital wealth “silently and gradually accumulated by the private frugality and good conduct of individuals, by their universal, continual and uninterrupted effort to better their own condition…protected by law and allowed by liberty to exert itself” has insulated us from the most dire consequences of a very real plague. Thank God (and wealth) for such a blessing.
But as we enter the uncharted waters of massive, government-mandated economic shutdowns, we face a serious worry. Will the individual spirit remain alive? What is the effect on personal “frugality and good conduct” when I’m told by my state government that it is better to be unemployed than to manage and operate an essential business? In the current scenario, I am told I can collect $840 a week which is markedly more than the $580 I derive as an owner of a productive business. What happens when this question is asked by millions of equally rational people?
Optimistically, I suspect this crisis will pass as did the 1665 plague: it will be terribly painful and terribly wasteful, but the basic impulse of individual self-improvement will remain. The blow will be absorbed. I, for one, am not filing for unemployment--rationally betting that my long-term prospects as a producer are better than the short-term prospects as a freeloader. But I confess that I am on the fence, as are millions like me.
The speed with which regimes return to the status quo ante, where people feel their effort will be “protected by law and allowed by liberty to exert itself” will heavily influence how quickly we can collectively generate the wealth needed to insulate us from the next calamity. God will remove his “severe hand” soon enough—when the State will remains a vital (and open) question.

I did not know the lovely Adam Smith quote about the progress in prosperity despite the calamities 'of the last hondred years'. Very apt for our fraught times.