In Praise of Luxury: Hume's “Of Refinement in the Arts”

Certainly, we know luxury can be taken to excess, and that it how we most often think of it. But Hume points out that its denial can also be excessive. 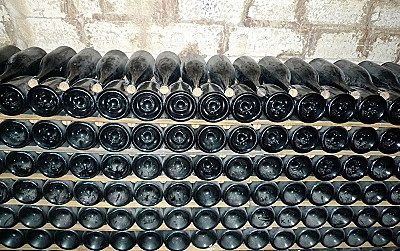 Hume’s essay “Of Refinement in the Arts” is, like many of Hume’s essays, a tricky thing to get a handle on. His essays are delightful to read, but complicated to follow. He often begins by claiming he will discuss one topic, and then spends the essay on three or four tangentially related issues. But Hume always rewards the reader with the complexity and subtlety of his thought, not to mention the beauties of his prose.
Hume begins this particular essay by noting that “luxury” is a word of famous ambiguity. Certainly, we know luxury can be taken to excess, and that it how we most often think of it. But Hume points out that its denial can also be excessive. “To imagine that the gratifying of any sense, or the indulging of any delicacy in meat, drink, or apparel, is of itself a vice, can never enter into a head, that is not disordered by the frenzies of enthusiasm.” We are, in other words, beginning with the insistence that it is necessary to, at a minimum, find a balance in how much value we do or do not place on luxuries.
Hume is interested, throughout, not in the content of the luxury, but in the intensity with which it is pursued:

Such is the crime of drinking Champagne or Burgundy, preferably to small beer or porter. These indulgences are only vices when they are pursued at the expense of some virtue, as liberality or charity; in like manner as they are follies, when for them a man ruins his fortune, and reduces himself to want and beggary. Where they entrench upon no virtue, but leave ample subject whence to provide for friends, family, and every proper object of generosity or compassion, they are entirely innocent, and have in every age been acknowledged such by almost all moralists.


As long as a fondness for champagne or any other luxury does not interfere with our responsibilities to our friends and family, and still allows us to exercise appropriate charity, we should be at liberty to enjoy that luxury argues Hume. It is not the enjoyment that causes the problem, it is the cost of that enjoyment. And the cost matters only when there is a harm to or neglect of others.
Hume goes on to add that we can look to history to support his approach to luxury. “Ages of refinement are both the happiest and the most virtuous … wherever luxury ceases to be innocent, it also ceases to be beneficial.” He points out that industry and the arts keep men busy and happily occupied, but also produce luxuries for them to enjoy. The work we praise produces the luxury that we (tend to) denigrate. We need to reconsider that contradiction and understand that if people are forbidden from producing luxuries, they are left with nothing but indolence.
Hume also argues that “The same age, which produces great philosophers and politicians, renowned generals and poets, usually abounds with skilful weavers and ship carpenters. We cannot reasonably expect that a piece of woolen cloth will be wrought to perfection in a nation which is ignorant of astronomy, or where ethics are neglected.” Unlike Tocqueville, who feels that a commercial culture has a flattening effect, Hume sees the culture as intimately related across all levels. Excellence in one area suggests and assists excellence in others. This extends even to politics.

Laws, order, police, discipline; these can never be carried to any degree of perfection, before human reason has refined itself by exercise, and by an application to the more vulgar arts, at least, of commerce and manufacture. Can we expect that a government will be well modeled by a people who know not how to make a spinning wheel, or to employ a loom to advantage?


Aside from these subtleties, I think one of Hume’s most interesting points is that luxury––good or ill––is active. (And there may be, here, something of an echo of Mandeville’s busy vice-filled hive.) He specifies that even excessive luxury, for all its ills, is “in general preferable to sloth and idleness, which would commonly succeed in its place, and are more hurtful both to private persons and to the public.” This is why we must be extremely cautious about our desire to banish vicious luxury. We must be constantly aware of the “unseen” things that might replace it. And, as Hume notes, “By banishing vicious luxury, without curing sloth and an indifference to others, you only diminish industry in the state, and add nothing to men’s charity or their generosity.”
It is the full picture of the human life––with the luxuries, vices, and virtues included––that interests Hume. And it is his sense that one cannot produce desired results by tinkering with just one part of the equation, without attending to the other variables, that makes his argument so appealing, and well worth taking seriously.