Smith, Hume, and the Factionalist Fray 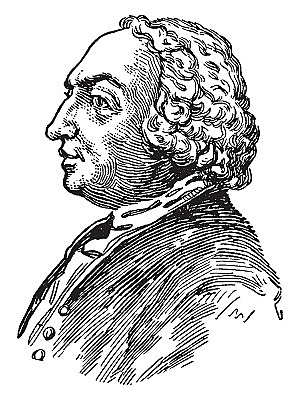 Both Adam Smith and David Hume lived in a society where religious fanaticism was a serious problem. Hume, branded the “Great Infidel”, was completely shut out of a career in academia as a result of his unorthodox religious views.[1] Similarly, a hotly contested belief about Smith’s life is that he may have remained ambiguous on the subject of religion in his writings for fear of reprisal rather than simply because he didn’t attach much importance to it. Perhaps in part due to their personal experience with factionalism, and due to seeing factionalism pervade their society, both scholars were deeply worried about the effects of both religious and civil factionalism and fanaticism. This view is not unique to Smith and Hume or to their Enlightenment contemporaries. Many continue to worry about similar issues today as they see factionalism and fanaticism overtake modern public discourse and harm their neighbours and communities.
Smith delivers a harsh verdict on factionalism in his Theory of Moral Sentiments: “of all the corrupters of moral sentiments…faction and fanaticism have always been by far the greatest” (TMS III.iii.43). Importantly, Smith makes it clear he does not disapprove of factionalism only in the religious context, but also in civil life. He notes, “the animosity of hostile factions, whether civil or ecclesiastical, is often still more furious than that of hostile nations; and their conduct towards one another is often still more atrocious” (TMS III.iii.43).
Smith explains that factionalism is the greatest corrupter of the moral sentiments, but he also goes on to say that the conduct of factionalists is the sort that keeps the impartial spectator (the imagined perspective we use to judge both our own and others’ conduct) out of reach. In order to be accepted into a faction, people must leave integrity at the door, and feel so vindicated in their views that they believe God himself must also hold them:

A true party-man hates and despises candour; and, in reality, there is no vice which could so effectually disqualify him for the trade of a party-man as that single virtue. The real, revered, and impartial spectator, therefore, is upon no occasion at a greater distance than amidst the violence and rage of contending parties. To them it may be said, that such a spectator scarce exists anywhere in the universe. Even to the great Judge of the universe they impute all their own prejudices, and often view that divine Being as animated by all their own vindictive and implacable passions. (TMS III.iii.43)

Hume also strongly condemned the effects of fanaticism. In his essay, Of Parties in General, he observes that “factions subvert government, render laws impotent, and beget the fiercest animosities among men of the same nation” (Essays I.viii). The focus on factionalism is so strong that countrymen turn on each other with little regard to laws and decency, and do whatever it takes to destroy the enemy. Furthermore, living in a democracy does not make you immune to the effects of factionalism. Hume made it clear that “(factions) rise more easily, and propagate themselves faster in free governments, where they always infect the legislature itself…” (Essays I.viii).
Hume was particularly worried about irrational factions, which included those arising from “affection” for political personalities:

By parties from affection, I understand those which are founded on the different attachments of men towards particular families and persons, whom they desire to rule over them. These factions are often very violent; though, I must own, it may seem unaccountable, that men should attach themselves so strongly to persons, with whom they are no wise acquainted, whom perhaps they never saw, and from whom they never received, nor can ever hope for any favour. Yet this we often find to be the case, and even with men, who, on other occasions, discover no great generosity of spirit, nor are found to be easily transported by friendship beyond their own interest. We are apt to think the relation between us and our sovereign very close and intimate. The splendour of majesty and power bestows an importance on the fortunes even of a single person. And when a man’s good-nature does not give him this imaginary interest, his ill-nature will, from spite and opposition to persons whose sentiments are different from his own. (Essays I.viii)

Although both thinkers agreed that factionalism was a worrying problem, they were not in agreement about how to fix the issue. Smith argued for a competitive strategy: the government would allow for many factions so that one group couldn’t possibly become too tyrannical. Hume, on the other hand, believed the government should select a preferred faction and fund it so they could quell faction leaders’ thirst for control and power. It is clear that they both thought that even an imperfect solution was better than allowing any room for factionalism and fanaticism to grow.
As with many of their other ideas, Smith and Hume’s reflections on the dangers of factionalism remain relevant today. Current political events reveal a constantly growing tribalism and addiction to factionalism that has citizens convinced that “the other guys” are plotting the very downfall of civilization, and unquestionably worshipping political leaders as though they were gods. If Smith and Hume were to analyze the political situation of the modern Western world, they would likely say that it is further evidence that factionalism makes one “apt to think the relation between us and our sovereign very close and intimate”, as they’d watch people stick by their respective presidential candidate or political party not matter what that faction does.
In the American context, factionalism has led Democrats to summarily dismiss anything said or done by Republicans, and Republicans would prefer to lock up any Democrat with a policy proposal even if it might be compatible with Republican values. This deep division has led to outright violence and even death due to factionalism-fueled shootings and attacks on protestors, and to the outright denial of the experiences and demands of equality from minority communities.
This is not only an American problem. Partisanship in Western democratic countries around the world allows party wonks to easily digest any talking points sent down to them by the political elite and regurgitate them as if they were scripture in an effort to convert the undecided and “win” against political rivals. Those unwilling to convert are branded traitors, and even families experience fallings out based simply on what political party they support. Smith‘s thoughts on who the real winners and losers are in the battle of fanaticism still ring true:  “It is needless to observe, I presume, that both rebels and heretics are those unlucky persons, who, when things have come to a certain degree of violence, have the misfortune to be of the weaker party.” (TMS III.iii.43)
Smith might argue that one should not feel too bad for those who are branded heretics in this context, because they will surely treat the other side just as poorly once they eventually gain the upper hand. Similarly, the modern political landscape has time and again shown what each faction is willing to do when it has the upper hand, and it usually involves punishing their enemies in some political, legislative, or even physical way.
What about those few people who want to be honest actors in the midst of such volatile public policy disagreements, those who would like to encounter each issue with an open mind and wish not to be tied to one faction or another? Smith hasn’t forgotten about them:

In a nation distracted by faction, there are, no doubt, always a few, though commonly but a very few, who preserve their judgment untainted by the general contagion. They seldom amount to more than here and there a solitary individual, without any influence, excluded by his own candour from the confidence of either party, and who, though he may be one of the wisest, is necessarily upon that very account one of the most insignificant men in the society. (TMS III.iii.43)

Smith is making two very important points in this passage. First, he emphasizes that people who wish to remain above the fray of factionalism are in the minority. He says rather pessimistically that they don’t really amount to more than one or two just here and there, and they’re likely hard to find. Second, he makes it clear that if you value honesty and integrity, it is nearly impossible to be accepted into a faction anyway.  Since there are so many factionalists and so few of those who do not want any part of it, it is the factionalists who wield power and are able to make significant societal change.
This pessimistic outlook may have made Smith and Hume feel as though the factionalists were winning, and it is easy to still feel that way now. It is difficult not to feel in the extreme minority when friends, family, and neighbours get swept up in the wave of factionalism, and it seems as though there’s little that can be done to pull them out of it. It is also very difficult not to feel as though it is a losing battle to try to see things with candour and clarity while protestors are being called traitors to their country and factions seem to be moving ever deeper towards violence and tyranny.
Those who remain in that anti-factionalist minority despite the lure of factionalism must realize that their actions mirror those of Adam Smith and David Hume, two rebellious thinkers who refused to get swept up in the factionalist fray of their own time. Despite what they said about those who opposed factionalism not having much impact on society, it turned out that the legacy of the anti-fanatics has actually survived, often more so than the legacies of their detractors. It was an absentminded academic and a religious infidel who deeply influence our understanding of what it means to live a praiseworthy and liberal-minded life even today, hundreds of years later.
Those who feel disheartened by the factionalism of our own day would do well to continue that legacy of thinking and writing about, and advocating for, anti-factionalist and anti-fanatic ideas. Smith and Hume have shown that to fight against these tendencies is useful, and worth it. In better understanding the ideas of Smith and Hume about how factionalism and fanaticism hurts society, it might be possible for those who worry about its modern-day iteration to gain deeper insight into what they are up against, or simply take solace in the fact that Smith and Hume agree with them and saw factionalism for what it is: a corrupter of the moral sentiments, and something to be avoided at all costs.