Sympathy, Fellow-Feeling, and the Imagination 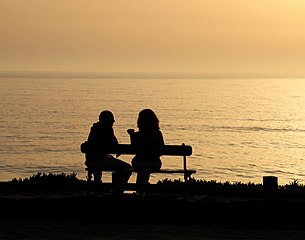 By the imagination we place ourselves in his situation, we conceive ourselves enduring all the same torments, we enter as it were into his body, and become in some measure the same person with him, and thence form some idea of his sensations, and even feel something which, though weaker in degree, is not altogether unlike them. (TMS 9)

A question follows from this general line of argument: Can we legitimately call this fellow-feeling produced by the imagination “fellow-feeling” if it is not the same feeling experienced by the other person? Smith’s response is revealing. Having fellow-feelings is not about sympathizing through the imagination at one point in time, nor is it having the same subjective experience as the other person. For Smith, sympathy is a process in which two parties work towards a common understanding of their respective subjective experiences.

This argument about the meaning of fellow-feeling hinges on a third observation Smith makes about shared human experience: Humans are driven by a desire for the pleasure that arises from mutual sympathy. “(N)othing pleases us more than to observe in other men a fellow-feeling with all the emotions in our own breast; nor are we ever so much shocked as by the appearance of the contrary.” (TMS: 13). Humans are naturally disposed to share their feelings with one another and willing to adjust the outward expressions of their passions such that others might be able to share them through their respective imaginations.

There is a caveat to this. What a spectator feels observing another person’s sorrow will never be the same as the original sorrow. Sympathy does not provide special access into the mind of another. It only provides a route for creating and sharing feelings in a very particular way. Smith explains,

What they feel, will, indeed, always be, in some respects, different from what he feels, and compassion can never be exactly the same with original sorrow; because the secret consciousness that the change of situations, from which the sympathetic sentiment arises, is but imaginary, not only lowers it in degree, but, in some measure, varies it in kind, and gives it quite different modification. (TMS: 22)

Our sympathetic imagination as envisioned by Smith does not result in a unison of our fellow-feelings in society, nor does it leave us trapped in our own subjective experiences. It does, however, generate enough shared “fellow-feeling” to create a harmony among individuals living in and experiencing the world together. As Smith explains, “Though they will never be unisons, they may be concords, and this is all that is wanted or required.” (TMS: 22)
Rethinking the meaning of sympathy, fellow-feeling, and the imagination is only the beginning of Smith’s teaching. Ultimately, it provides the foundation to a new theory of the individual living with others in society, someone who possesses an imagination capable of spontaneously generating social solidarity and moral order through the natural sharing of our passions.