The East Asian economic miracle: An iron hand, or an invisible one? 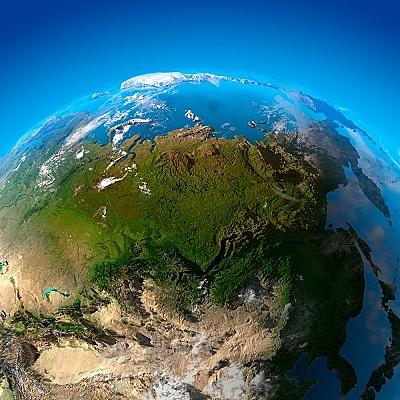 A great leader isn’t necessary for great results, and an invisible hand beats an iron one any day.
In the aftermath of World War II, East Asia changed. Freed from the fetters of colonialism and from monarchies that demanded social and cultural stability over innovation, once small and insignificant economies bloomed at a rate none predicted and few imagined. That Japan, Asia’s economic, cultural, and military power prior to the war, would lead this charge was not surprising. That South Korea, Taiwan, Singapore and Hong Kong – the latter three not even autonomous entities before the war – would follow, shocked many and rewrote the rules for how economies and polities could flourish.
Other economies have since followed, including Vietnam and, most consequentially, China, having learned the lessons of Japan and the four smaller economies.
The problem is what they learned, and what some outside Asia have taken, from these case studies. The idea has taken hold among many that these cases constitute a rejection of the free market, and especially free trade, in exchange for a system in which government planning drives innovation, infant industries must be protected, and collectivization means individuals must sometimes be crushed.
Looking at the cast of characters, this conclusion at first makes sense – Taiwan was exclusively led by the quasi-Leninist Kuomintang from 1947 to the mid-1980s. South Korea’s boom was presaged by a military coup and the militarization of both government offices and workplaces. Singapore is still effectively a one-party state that brooks little dissent (though its methods for suppression these days usually involve libel suits). The dictatorial aspects of China and Vietnam, led by monolithic Communist parties, need little elaboration. In each case, the centrality of the “leadership” in ensuring growth and national unity is something they spare little effort in reinforcing.
But look behind the scenes and the story is less about leadership and more about the people who, once innovation and social mobility were no longer blocked, showed what they were capable of. The military government in South Korea originally wanted to promote import substitution and balanced regional development, only to change tactics once it saw that exports were taking off without planning (their military coup also followed a decade in which education, finally available to the general public, had begun to push literacy rates steadily higher). The Taiwanese, once land reform placed more land ownership in the hands of the peasants, suddenly amplified their production enormously, especially in agriculture, before transitioning to industrialization.
And, more recently, long before the pragmatic Deng Xiaoping embraced capitalism over socialism, the people of China actually turned to self-organization and private enterprise during the chaos of the Cultural Revolution.
So what did state initiative actually accomplish in these cases? In some, it laid a more equitable groundwork that allowed for the free market to function. Land reform from Japan to South Korea to Taiwan placed more wealth in the hands of ordinary people, and the widespread creation of infrastructure – largely through US aid – helped grease the wheels. In other respects, though, the initiative of the state was not so beneficial in the long run. Its determination to see familiar faces rewarded resulted in an entrenched elite with a knack for holding on to power. In South Korea they’re known as the chaebol, family-owned conglomerates at the center of scandals that topple presidents and humiliate airline personnel. In China, they take the form of state-owned enterprises that block reforms and keep those already rich and well-connected rich and well-connected. These new aristocracies are the legacy of protectionism. As Adam Smith wrote in The Wealth of Nations:

By restraining, either by high duties, or by absolute prohibitions, the importation of such goods from foreign countries as can be produced at home, the monopoly of the home market is more or less secured to the domestic industry employed in producing them.… That this monopoly of the home market frequently gives great encouragement to that particular species of industry which enjoys it, and frequently turns towards that employment a greater share of both the labour and stock of the society than would otherwise have gone to it, cannot be doubted.

Yet, before China embraced the market, the economies of Taiwan, South Korea, Singapore and Japan had one contemporary that chose not to embrace protectionism or state planning of economic sectors. Instead, it clung to free trade, low taxes, limited regulation and long-term fiscal responsibility. That economy is Hong Kong, and if the assorted proponents of Asia’s state-led development plans are correct, it should have stagnated long ago, with the majority of the population destitute, a handful of rich people exploiting the rest, and growth rates far behind that of its neighbors who embraced a state-led model.
This is not the case: not only did Hong Kong keep pace with its more thoroughly planned contemporaries, its model outlasted all of theirs save Singapore’s. In fact, Hong Kong was so successful that China, once it assumed sovereignty over Hong Kong in 1997, left its economy largely in place. Its recent disorder and the loss of confidence in its future have nothing to do with its economy, furthermore, and everything to do with Beijing’s increasingly heavy hand inspiring animosity from Hongkongers who do not trust the Communist Party.
Unlike the “strong” leadership of Singapore, South Korea and Taiwan, Hong Kong’s economy bloomed under its far more laissez-faire Financial Secretary John James Cowperthwaite, a civil servant well-read in classical liberalism, including Smith. As Neil Monnery’s Architect of Prosperity: Sir John Cowperthwaite and the Making of Hong Kong notes, the experiments in government planning in Korea, Taiwan, and Singapore were known to Hong Kong’s government, and individuals within the government put pressure on Cowperthwaite to follow their lead. Instead, he clung to the lessons of Smith. As he put it:

I still believe that, in the long run, the aggregate of the decisions of individual businessmen, exercising individual judgment in a free economy, even if often mistaken, is likely to do less harm than the centralized decisions of a Government; and certainly the harm is likely to be counteracted faster.

In the same section as his famous “invisible hand” quote, Adam Smith elaborated on why free trade and laissez-faire government work:

[Every individual] can know better the character and situation of the persons whom he trusts; and if he should happen to be deceived, he knows better the laws of the country from which he must seek redress. … every individual, therefore, endeavours as much as he can, both to employ his capital in the support of domestic industry and so to direct that its produce may be of the greatest value; every individual necessarily labours to render the annual revenue of the society as great as he can. He generally, indeed, neither intends to promote the public interest, nor knows how much he is promoting it.

And we have evidence, thanks to Hong Kong, that such an approach pays off. Why doesn’t this success receive attention from those who promote the models Korea, China and Taiwan tried? Possibly because they would cast doubt on how necessary “strong leadership” actually was.
Many residents of South Korea, Taiwan, China, and elsewhere who praise their leaders’ crucial role in their development stories sell themselves short; the initiative of the average Korean, Taiwanese, and Singaporean could’ve pulled off miracles without the violations of individual rights that have taken place so that leaders could show their “strength.”
A great leader isn’t necessary for great results, and an invisible hand beats an iron one any day.