The Imitative Arts: Some Fun with Adam Smith’s Artistic Opinions 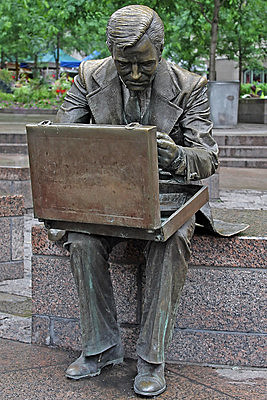 In his essay on the arts, Smith says much that now looks wrong, but his questionable claims might be the most interesting things he has to say.
No one knows exactly when Adam Smith wrote “On the Imitative Arts.”  Although he dropped hints about wanting to write a major work on art, this doesn’t seem to be it. This breaks off without a ringing conclusion. His editors have supplemented it with a scattering of notes that seem intended for something else.

What was Smith aiming at? He was taking off from the concept of mimesis, a staple of aesthetics starting with Plato and Aristotle. We can think of his effort as part of the great eighteenth-century impulse to organize, systematize, and correct knowledge, the same impulse that drove not only critics and scientists but dictionary compilers, grammarians, and pronunciation-and-spelling reformers. By twenty-first century lights—and I speak here as a fan of linguistic history—those systematizing opinions look odd at times, but they give us a lot to think about. In his essay on the arts, Smith says much that now looks wrong, but his questionable claims might be the most interesting things he has to say.

It’s helpful to notice his full title: “Of the Nature of that Imitation which takes place in what are called The Imitative Arts.” What interests him is the observation that works of art are pleasing not because they are perfect imitations, but because they are not. He considers the ways they are not, exploring that notion in a peripatetic way, and as he wanders around the subject, he offers a wide range of critical opinions about painting, sculpture, music, poetry, and dance. Even his editors note in their introduction that “each reader may have some reservations as to the correctness of Smith’s individual judgements . . . .” My reservations were many. I set about listing and classifying them.

Sometimes Smith is wrong because two centuries of research and technology have outrun him. He believes that theatrical effects like thunder and snow are so laughable they should never be used; would he change his opinion if he could hear modern theater sound or see movies with CGI? He asserts that “the nicest instruments cannot express the extreme minuteness” of the intervals, or changes in pitch, in speech; microphones and audio frequency counters might change his mind. He claims that coloring “destroys almost entirely” our pleasure in sculpture; what would he say to current scholarship demonstrating that the Greeks and Romans liked their sculptures brightly painted?

At other times, his generalizations look over-broad because for us the boundaries of art have moved. For example, he claims that statues should be without “drapery.” How would he evaluate our ready acceptance of decidedly non-nude, realistically dressed public statuary? He also insists that a statue, unlike a painting, must represent something noble and should certainly not represent anything ordinary or “mean.” That opinion would rule out statues like New York City’s much-loved “Double Check,” the life-size bronze of a man in a suit, seated and checking the contents of his briefcase.

Is it unjust of me to fault Smith for having the taste of his own time? Perhaps. He had certainly never seen a Rothko or a Jackson Pollock or a Picasso, so could he even entertain the notion that painting might not aim to imitate things? Maybe not, but had he never seen any Islamic art? I wonder. And what about art even more distant, from Africa and America? He may have known little about it; he may also have been unable to consider it objectively. Let us pass over in silence his use of the phrase “savage nations.”

More interesting for me is what Smith says and does not say about poetry and music, the two arts I practice. Poetry first: it’s surprising how little Smith says about it. He assumes that poetry must have measure, or meter; our century has a broader definition, but his view was standard at the time. (I wondered what he thought of Christopher Smart’s “Jubliate Agno (Rejoice in the Lamb)” until I found that it wasn’t published until 1939.) He theorizes about the evolution of metrical verse, although his one piece of specific evidence about gradual progress toward strict meter—the works of Chaucer—depends on a misunderstanding of Middle English pronunciation. What frustrates me most is that apart from meter, Smith says nothing about the beauties of poetry—nothing about sound, or image, or any of the long list of rhetorical tropes that must have been part of his classical education. He speaks generally; he cites few examples; the only contemporary poem he alludes to is Pope’s satire The Dunciad. It’s as though poetry doesn’t especially excite him.

Contrast that with his treatment of music: twenty pages, versus eleven on painting and sculpture together. He spends eight pages on vocal music, twelve on instrumental music. The really fascinating aspect of this discussion is his name-dropping—his allusions to specific composers, works, and performers. Handel, Corelli, Marin Marais, Lully! and composers known chiefly to scholarship, like André Destouches. He loves opera: he enthuses about the value of acting for singers; he is scathing about the famous castrati of his day. His taste is not modern. For example, he writes of an unnamed opera that “[n]othing can be more deeply affecting,” citing “the Poetry of Metastasio and the Music of Pergolese [sic].” That opera has to be Pergolesi’s L’Olimpiade, a work with a plot so convoluted that modern repertory companies pull it out of mothballs only occasionally for early-music enthusiasts. But never mind his taste. About music he is passionate, and I feel his excitement.

When I do agree with Smith, it’s about points that seem elementary (poetry can express ideas more clearly than dancing; vocal music can express them more clearly than instrumental). But one point of agreement makes me smile: that we like some types of art precisely because they’re expensive and exclusive, and they fall out of favor if too many people can have them. The arts have changed since Smith’s time, but the people who pay for them, I have to concede, have not.