The 18th Century and Social Networking 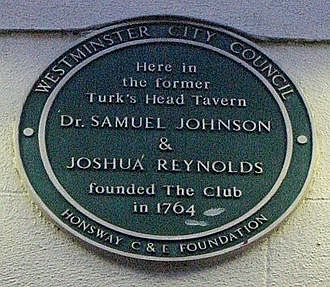 “...The mirth of … company is highly agreeable to him, and he regards this correspondence of their sentiments with his own as the greatest applause.”
What such partial and desultory reading cannot afford, may be supplied by the conversation of learned and ingenious men, which is the best of all substitutes for those who have not the means or opportunities of deep study. There are many such men in this age.”


The leading lights of the Scottish Enlightenment were enmeshed in numerous overlapping social, political and intellectual organizations. Throughout the mid and late 1700s, figures such as Adam Smith, David Hume, Adam Ferguson, Paul Revere, and Robert Burns interacted in a variety of informal clubs, associations, membership libraries, single-issue gatherings committed to political changes, and fraternal organizations.

In discussing these informal ties between enlightenment luminaries, I am specifically not referring to more top-down institutions established earlier in the 17th century, in many cases at the highest level by monarchs or members of their court, in order to further the cause of scientific knowledge. Organizations like the Académie Française (founded in 1635) in France and the Royal Society (1660) in the United Kingdom provide a more official structure for intellectual investigation, while this paper looks at non-governmental institutions. The more formal organizations did indeed drive intellectual inquiry but they were also settings for status seeking and favor-finding corrupting even those with the most anti-establishment bona fides such as Voltaire.

Instead, during the Enlightenment, a “self-appointed elite” arises, who, as Anthony Pagden notes in his The Enlightenment and Why It Still Matters, “were marked … by their intellectual gifts, their open mindedness, their benevolence toward their fellow beings (as they would see it), and their generosity. They were linked by ties of friendship and sometimes by membership in secret and not-so-secret societies, Masonic lodges, academies.” All of these individuals saw themselves as “‘citizens of the world’ embraced by the international ‘Republic of Letters,’” a new idea in this age. This is a brief attempt to describe those ties of friendship and membership.

Clubs
What we might call pop-up clubs were a frequent part of this social infrastructure. The Edinburgh Philosophical Society (established 1737) and the Select Society (established 1754) were two of these clubs with a broad range of Scottish Enlightenment participants. Rasmussen, in The Infidel and the Professor, speculates that David Hume and Adam Smith may have first met actually in or around a meeting of the Philosophical Society. The Select Society members included David Hume, Adam Smith, Adam Ferguson, Allan Ramsay, John Home and others. It’s important to point out that this club included current and future Lords, artists, and even clergy who would soon be tried and suspended by the established Church of Scotland (John Home). These clubs were neither powerless cabals of malcontents, nor were they stiff and conservative salons of the powerful.
Clubs were also, initially anyway, established to advocate for a particular political or social change. The Select Society began to decline and in 1762 Adam Ferguson launched the Poker Club to “stir up” the issue of allowing Scotland its own internal militia. Both Hume and Smith were members and discussion ranged far beyond the launching issue. Evidently the Poker Club was a bit too much for some, with James Boswell noting that the club is “doing all that they can to destroy politeness.”
These clubs reached beyond the Scottish intellectual homes of Glasgow and Edinburgh. Benjamin Franklin, the everywhere man of the mid- and late-18th century, visited Scotland, stayed at Hume’s home, and proclaimed it “Six Weeks of the densest Happiness I have met with in any Part of my Life.” Eventually this affinity between Franklin and Scotland resulted in America’s first medical school at the College of Philadelphia and its training relationship with the University of Edinburgh.

One of the broadest reaching of these clubs was simply “The Club,” established in London in 1764. While decidedly British in its membership, this club reaches throughout the Enlightenment spirit both in its expertise and in its member’s travels. Samuel Johnson (writer and lexicographer), James Boswell (biographer), Edmund Burke (politician and philosopher), Joshua Reynolds (painter), David Garrick (actor), Joseph Banks (explorer and botanist), Edward Gibbon (historian), Charles James Fox (politician and American Revolution supporter), Adam Smith and David Hume were all members. Neither Whig nor Tory, neither Anglican nor Presbyterian, it was a diverse forum for discussion.

Joseph Banks, incidentally, is an excellent example of the global nature of this Republic of Letters. Throughout the war years of the mid and late 18th century, Banks maintained written relationships with his fellow natural philosophers in both America and France, all while being a member of the official Royal Society. Andress notes that, “such higher concerns [were] seen as legitimately surpassing mere political enmity.”
Perhaps the French form of these English and Scottish clubs was the salon. Hume, while he was in Paris, was a regular at the Baron d’Holbach’s twice-weekly dinner for up to twenty men. Hume said the event has “plenty of good simple food, excellent wine and coffee, abundant discussion and never a quarrel.” Attendees included Denis Diderot the encyclopedist, Rousseau, Gibbon, Adam Smith, Benjamin Franklin, and Joseph Priestly.

The French also had their fair share of clubs devoted to specific tasks or intellectual accomplishments. The Society for the Observers of Mankind, for example, was to travel the world and collect empirical data on the full-scope of the human experience. Founded in 1800, it lasted all of 4 years, but its membership included some of the leading lights of the French Enlightenment specific to the natural sciences. These included Louis-Antoine Bougainville, global circumnavigator and scientific explorer; Georges Cuvier, “founding father of paleontology”; Antoine Laurent de Jussieu, who invented much of the botanical classification system still in use; and the Comte de Volney, correspondent of Thomas Jefferson and fellow member of the American Philosophical Society.

America had its own clubs as well. In 1727, Benjamin Franklin established the Junto in Philadelphia, a weekly discussion group which focused on good works, good examples and how those present could improve the community. While not political, over time it trended in that direction and became more of a political philosophy talking shop. Particularly local, the other names involved in the Junto would not be familiar to most, but its example was taken up elsewhere.  Franklin then went on to establish the more broad and scientific American Philosophical Society (APS) in 1743. While the APS struggled early, by the time of American Independence it re-energized itself with names from across American science, especially the plant and animal sciences.
Books and Publishers
Outside of these clubs, there were more formal institutions which also linked the lights of the Enlightenment. Hume’s ongoing inability to secure a regular academic appointment eventually landed him as keeper of Advocates’ Library in Edinburgh in 1752. Not only did this appointment provide him with access to the resources he needed to work on The History of England, it also allowed others to access to the library through Hume, including Smith, and it provided the location for meetings of the Select Society. Benjamin Franklin’s Library Company fulfilled a similar role in the colonies, providing Philadelphia and beyond with a subscription library service of books mostly available only in Europe.
Publishers and printers could also function as connectors and facilitators of information. William Strahan was a Scot in London who published David Hume, Adam Smith, Adam Ferguson, Edward Gibbon, Samuel Johnson, Lord Kames, and others.

The Annual Register, published in London first in 1758, and edited, written for and produced by Edmund Burke, functioned as a kind of annual Who’s Who and What’s What of the Enlightenment, at least in the English-speaking world. “It included scientific reports, reviews, essays, poetry, history, health, and how-to tips, recent discoveries, archaeology and … characters sketches of contemporary and historical figures.” The Annual Register was a key publication of the Enlightenment led by a vital member of it. David Hume’s gift of a copy of Theory of Moral Sentiments by Adam Smith, led in turn to a favorable review in the Annual Register, then leading to their meeting and mutual membership in The Club.
Freemasonry
Another more formal institution, newly formed (or at least revealed) in the 18th century is the fraternal network of Freemasonry. With its actual origins in Scotland, Freemasonry provided the Enlightenment with “a powerful mythology, an international structure and an elaborate ritual calculated to bind initiates together as metaphorical brothers.” This was a moment of shrinking ‘social distance’ in Europe, and Freemasonry partially exemplified this, with lodges having members from across the social classes. Scottish Enlightenment figures who were also Freemasons include the poet Robert Burns, Robert Adam (designer of Hume’s tomb), Hugh Blair, Lord Monboddo (Hume’s supervisor at the Advocates’ Library), and Dugald Stewart. It spread across the British Isles and then to the Continent with the help of a few well placed cross-channel members. Montesquieu had lived in London from 1729 to 1731, right after the rise of public Freemasonry, during which he was elected to the Royal Society and joined a Lodge.
Freemasonry also reached across to America and the Revolution, connecting Britain and the Continent most directly through the person of Benjamin Franklin. In addition to his Scottish and English connections noted above, Franklin was the Master (“head” or “President”) and member of The Lodge of the Nine Sisters in Paris along with Voltaire, John Paul Jones, Camille Desmoulins (executed alongside Danton during the French Revolution), as well as Jacques Montgolfier of hot-air balloon fame. Franklin was originally initiated as a Mason in 1731 in Philadelphia, but its value as a networking and connecting tool began when he arrived in Europe on colonial business. Franklin was the first printer of a Masonic book in the colonies, in 1734.
In America, masonic linkages throughout the colonies and in particular in Massachusetts connected the revolutionaries to the larger Enlightenment and to each other. Revolutionary Boston can be seen as five different interlocking organizations, according to Neil Ferguson: St. Andrew’s Masonic Lodge, the Loyal Nine Club, The North End Caucus, the Long Room Club, and the Boston Committee of Correspondence. These organizations only encompass only 137 men, with the physician Joseph Warren and silversmith Paul Revere being significant modes with multiple memberships, but these 137 are the drivers of revolutionary action in Boston.
However, despite the deep cross-pollination between the Scottish Enlightenment, the Enlightenment on the Continent, and Freemasonry, both Adam Smith and David Hume show no record of lodge membership during their lives. This is perhaps not surprising given that the “charges” of Freemasonry require that no Mason could be “a stupid Athiest nor a irreligious Libertine.” These are requirements that both of them, but especially Hume, struggled with at least according to their detractors.


Networked but not Identical
Scot and historian Niall Ferguson’s book The Square and the Tower: Networks and Power, From the Freemasons to Facebook explores the use and history of networks across modern global history. Ferguson posits that historians have traditionally assumed that “elite networks covertly and easily control formal power structures” but that he has found that “informal networks usually have a highly ambivalent relationship to established institutions.”
While this is something to look at in greater detail, the brief sketch and examples provided here do not necessarily show an obvious connection between Enlightenment informal social networks and attitudes toward formal institutions. The 137 men connected by the various clubs in Revolutionary Boston were obviously antagonistic to Imperial Britain. Paris’ Lodge of the Nine Sisters produced many future Jacobin revolutionaries. But “The Club” in London and the Select Society in Edinburgh seem comparatively staid, at least politically. Informal networking outside the structure of the government or the court is not necessarily an indication of radical or revolutionary action.
Instead, it may be better to examine these informal organizations as merely a manifestation of the Enlightenment idea that knowledge knows no boundaries, be they national, geographical or vocational. That idea seemed to take hold during this time and many organizational flowers bloomed as a result.