What Would Adam Smith Say About Fasting? 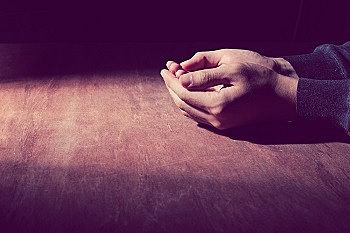 To become willing to share bread with the hungry and to enter into solidarity with the suffering of others requires the activation of what Adam Smith calls sympathy, the ability to enter into another person’s sentiments through imagining one’s self in her place.
Christians around the world entered into Lent, a season of fasting, on February 26th. The month long fast of Ramadan is a few weeks away for Muslims, and Jewish observance of Pesach, 8 days of fasting from leavening, begins in early April. Among the reasons for fasting are to consecrate oneself, to enter into solidarity with others, to become contrite, to commemorate past sufferings and miracles, and to have more to share with others. Isaiah declares:

Is not this the fast that I choose; to loose the bonds of wickedness, to undo the straps of the yoke, to let the oppressed go free, and to break every yoke? Is it not to share your bread with the hungry and bring the homeless poor into your house; when you see the naked, to cover him, and not to hide yourself from your own flesh? (Is 58:6-7)

To become willing to share bread with the hungry and to enter into solidarity with the suffering of others requires the activation of what Adam Smith calls sympathy, the ability to enter into another person’s sentiments through imagining one’s self in her place.
Smith provides some wisdom about why sympathy for the suffering or grieving is usually difficult for us.

But, on the contrary, when we condole with our friends in their afflictions, how little do we feel, in comparison of what they feel? We sit down by them, we look at them, and while they relate to us the circumstances of their misfortune, we listen to them with gravity and attention. But while their narration is every moment interrupted by those natural bursts of passion which often seem almost to choak them in the midst of it; how far are the languid emotions of our hearts from keeping time to the transports of theirs? We may be sensible, at the same time, that their passion is natural, and no greater than what we ourselves might feel upon the like occasion. We may even inwardly reproach ourselves with our own want of sensibility, and perhaps, on that account, work ourselves up into an artificial sympathy, which, however, when it is raised, is always the slightest and most transitory imaginable; and generally, as soon as we have left the room, vanishes, and is gone for ever. Nature, it seems, when she loaded us with our own sorrows, thought that they were enough, and therefore did not command us to take any further share in those of others, than what was necessary to prompt us to relieve them. (TMS I.iii.1.12)

This passage reminded me of Job’s friends, supposedly consoling him, but unable to truly enter into his suffering, even after seven days sitting with him in silence. It is very difficult to enter into the suffering of others. Smith even suggests that the one who suffers will try to conceal or downplay the extent of his suffering to make it easier for others to sympathize with him.

In order to produce this concord, as nature teaches the spectators to assume the circumstances of the person principally concerned, so she teaches this last in some measure to assume those of the spectators. As they are continually placing themselves in his situation, and thence conceiving emotions similar to what he feels; so he is as constantly placing himself in theirs, and thence conceiving some degree of that coolness about his own fortune, with which he is sensible that they will view it. As they are constantly considering what they themselves would feel, if they actually were the sufferers, so he is as constantly led to imagine in what manner he would be affected if he was only one of the spectators of his own situation. As their sympathy makes them look at it, in some measure, with his eyes, so his sympathy makes him look at it, in some measure, with theirs, especially when in their presence and acting under their observation: and as the reflected passion, which he thus conceives, is much weaker than the original one, it necessarily abates the violence of what he felt before he came into their presence, before he began to recollect in what manner they would be affected by it, and to view his situation in this candid and impartial light. (TMS I.i.4.8)

So we might expect that those with whom we desire to sympathize might not reveal to us the full extent of their situations. By fasting, by feeling some common pain, though it can only be a pain of the body, we bring ourselves closer to them, and free them from having to perform so strenuously for our approbation.
In this season of fasting, we can allow our impartial spectators to see more, to see better, and to enter more deeply into the suffering and sentiments of others. We can live the commitments of our religions, and we can also use Adam Smith to see the things we otherwise would turn away from and try to avoid sympathizing with. We can learn to so sympathize that we are motivated towards meaningful action, solidarity, generosity, and a greater fellow-feeling.