Adam Smith and the American Founding: The Theory of Moral Sentiments as a Field Guide to the Pursuit of Happiness

by Sarah Morgan Smith for AdamSmithWorks 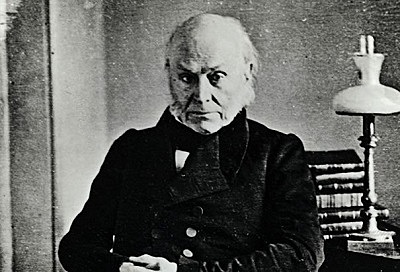 April 1, 2020
Americans (especially those with children of a certain age) may still recall the jaunty rhythms of Pharrell William’s 2014 hit song “Happy”:

Though largely nonsensical (what, after all, is a room without a roof other than a ruin?), the song not only in its lyrics but in its very infectiousness articulates a profound element of Americans’ collective identity. We are happy when we observe the happiness of others—and if we want to better understand how to be happy as a people, then we need look no further than Smith’s Theory of Moral Sentiments to find a veritable field guide to the pursuit of happiness.


Happiness, Then and Now
In early 1790, John Adams, vice-president-elect of the United States wrote to his son John Quincy with advice about the reading he ought to be engaged in as a young lawyer just establishing his own practice. Praising the leaders of the Scottish Enlightenment generally for having gifted humanity with “speculations in morals, politics, and law that are more luminous than any other I have read,” he singled out “Adam Smith in both his Theory of Moral Sentiments and his Wealth of Nations.” In the same letter, Adams advised his son to guard “at every risk” the virtues he had thus far cultivated: “honor, integrity, generosity, and benevolence, enlarged views and liberal philanthropy” as qualities essential to his professional success.
In advising his son to cultivate virtue in conjunction with his scholarly investigations of moral and political philosophy, Adams was unexceptional for a learned man of his generation. Likewise, his invocation of the writings of Smith would seem to be relatively unremarkable; Samuel Fleischacker and others have uncovered evidence of the ubiquity of Smith’s Moral Sentiments in the curriculum and libraries of the educational institutions of colonial and early republican America. Smith’s ideas were undoubtedly known to the leading lights of the founding generation and it appears, familiar enough that they are referenced in the kind of short-hand way that suggests ‘everyone knows’ what is meant by the allusion. [1] And while Adams mentions both Smith’s 1776 Wealth of Nations (probably the Smith title with which contemporary Americans are most familiar), he does so almost as if it were merely a continuation of Smith’s first significant work, The Theory of Moral Sentiments (1759), which, in some measure, it is: the application of Smith’s theory of human nature to the practical problems of nation-building in an era of colonialism and international commerce.
Happiness and Virtue
So what was it that the elder Adams found so luminous in Smith? One suspects that it was his ability to articulate in a comprehensive way the inseparability of the happiness of the individual and the happiness of the greater society, and the connection of both to morality or virtue. Although Thomas Jefferson commonly gets the credit, Adams, we may recall, also served on the five-man committee charged with drafting the Declaration of Independence, a document meant to convey “the common sense” of the matter. And at the heart of Americans’ existence as a unique people, we find, in the words of the Declaration, a commitment to the pursuit of happiness as coeval with our rights to life and liberty. As a “nation of nations,” what ties us together is not so much our shared genealogy as it is our shared political commitment to this trinity. Life and liberty, arguably, are relatively easy to define, binary conditions: one is either alive or dead, free or unfree. Happiness, on the other hand, appears to be both a spectrum and, on some level, a matter of taste: one may be more or less happy, depending upon one’s circumstances and preferences. Our happiness, in this sense, moreover, may well impinge on the happiness of others, as when my neighbors’ raucous party wakes up my sleeping toddler.
Surely neither Adams nor Jefferson nor any of their contemporaries were oblivious to the tensions inherent in this last element of their political trinity. Indeed, here it may be worth noting the hundreds of thousands of enslaved persons in the fledgling United States who were excluded from the complete realization of any these rights in principle. Jefferson’s own initial draft of the Declaration included language recognizing the slave trade as a crime against the humanity of enslaved persons; he could not have failed to perceive that his “pursuit of happiness” as a slave-holding planter veritably depended upon the misery of those human souls he held in bondage. (Smith, it should be noted, wrote against slavery in The Wealth of Nations III.ii, although he does not directly address the subject in the Theory of Moral Sentiments.)
And yet: the line remains in the Declaration, an aspiration towards which the young nation might aim her political sights. As a political commitment (even apart from the tragic injustice of slavery) the pursuit of happiness must have some inherent limitations that elevate it above the sort of zero-sum trading associated with personal measures of preference. It is not logical for a republic to predicate its existence on a commitment so individualistic that its realization sets its citizens at odds with one another. Happiness, as understood in the American founding, then, must be a reference to something more than merely circumstantial, something existential. In that sense only could the right to “the pursuit of happiness” be understood as something with the potential to unite, rather than to divide, the people of this new nation.
In Adams and in others present in the Continental Congress during that fateful summer, there are, indeed, hints that political or civic happiness was understood to be in a certain measure both absolute and transcendent. It is absolute, insofar as genuine happiness was understood to depend upon virtue, and it is transcendent in that it appeared conceivable, in the minds of the founders, for a people to be both in the midst of an armed conflict and happy, as long as their character and principles were just.
A mere six months before the Declaration was written, John Adams wrote to Mercy Otis Warren:

It is the form of government which gives the decisive color to the manners of the people, more than any other thing. Under a well-regulated commonwealth, the people must be virtuous and cannot be otherwise. Under a monarchy, they may be as vicious and foolish as they please, nay they cannot but be vicious and foolish. As politics is the science of human happiness, and human happiness is clearly best promoted by virtue, what thorough politician can hesitate who has a new government to build whether to prefer a commonwealth or a monarchy?


For more on Adam Smith and the American Founding, see Hans Eicholz's "1776 and All That: Thomas Jefferson on Adam Smith."

[2] John Adams, Thoughts on Government: Applicable to the Present State of the American Colonies in Writings, 287-288. It is interesting to note the striking similarity between Adams, Smith and Locke on this point: in An Essay Concerning Human Understanding, Locke stated that “God [had], by an inseparable connexion joined virtue and public happiness together, and made the practice thereof necessary to the preservation of society.” John Locke, The Works of John Locke in Nine Volumes, (London: Rivington, 1824 12th ed.). Vol. 1. Chapter: CHAP. III.: No Innate Practical Principles. Available online at: http://oll.libertyfund.org/title/761/80713/1923143.