Adam Smith Goes to the Movies: The Avengers

by Sarah E. Skwire and Aeon J. Skoble for AdamSmithWorks 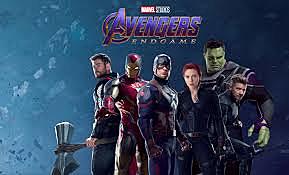 If Adam Smith were alive today, he’d be just as excited as the rest of us about the release of Avengers: Endgame

[1] "The History of Astronomy" appears in Essays on Philosophical Subjects.

[2]  It is perhaps worth noting that Smith’s reputation as a philosopher who has little to say about love may be the result of the fact that his most extended considerations of emotional attachments appear in The History of Astronomy rather than in Theory of Moral Sentiments where they might seem like a more natural fit.

[3] Smith is referring to Alexander Pope’s epic The Dunciad, part ii, line 226, where an aspiring poet is told not to hope that he will be able:

To move, to raise, to ravish ev’ry heart,
With Shakespeare’s nature, or with Jonson’s art,
Let others aim; ’t is yours to shake the soul
With thunder rumbling from the mustard bowl...


[4] "Of the Imitative Arts also appears in Essays on Philosophical Subjects.