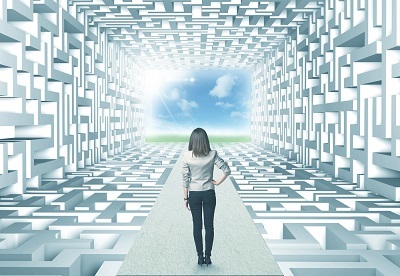 August 11, 2021
Introduction
In this essay I explore Adam Smith’s analysis of the origins of conscience and general moral rules in The Theory of Moral Sentiments. I argue that Adam Smith offers a distinction between moral conscience and general moral rules that sidesteps the traditional distinction between universal and relative moral standards, leading to a fundamental rethinking of the problem of the variability of moral opinion and the demands of moral conscience and duty.

The industrious knave cultivates the soil; the indolent good man leaves it uncultivated. Who ought to reap the harvest? Who starve, and who live in plenty? The natural course of things decides in favour of the knave: the natural sentiments of mankind in favour of the man of virtue (TMS: 168).

From the perspective of duty, the rules governing marketplace activity, that is property rights and the like, generally result in socially beneficial outcomes. The fact that wealth goes to the industrious knave rather than the lazy or indolent good man is acceptable to our sense of justice. But from the perspective of our other sentiments that tell us that goodness should be rewarded, another conclusion is sometimes reached. The efforts made by societies to redirect the natural distribution of wealth often reflect the conflicting demands that our sentiments make up the world. Sometimes these demands are misconceived. As Smith notes,

The natural course of things cannot be entirely controlled by the impotent endeavors of man: the current is too rapid and too strong for him to stop it; and though the rules of which direct it appear to have been established for the wisest and best purpose, they sometimes produce effects which shock all his natural sentiments (TMS: 168).

There are natural limits to what we can do to impose the teaching of our consciences upon the world. But that does not mean that we must deny our consciences out of hand. Indignation in the face of perceived unfairness is a natural response of our conscience to the world at times. We may not always be able to construct the world in the way that we wish, but we do not have to like it at the deepest levels of our being. In the end, humans live their lives trying to balance the conflicting moral demands of duty and virtue as best they can.