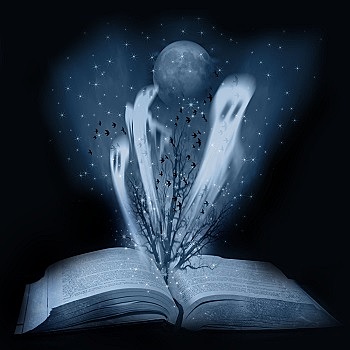 The night before her State of the Union address, she is visited by the ghosts of Smith and John Maynard Keynes.
Lesson Description
In this lesson, students examine the economic ideas of Adam Smith and John Maynard Keynes, two prominent economists.  The students read summaries of the lives and thoughts of Smith and Keynes.  They read a short description the fictional 2024 economic circumstances facing the newly elected President Elisabeth Montgomery. Then four students are invited to read aloud the script of a ghost story in which the spirits of Smith and Keynes visit with the President on the evening before her first State of the Union address.  In the exchange, they compare and contrast differing views regarding economic policies highlighting points of agreement and points of disagreement.
Intended Audience
The lesson is written for high school economics students and college principles of economics students.
Objectives
1.     Students explain the differences between the economic theories of Adam Smith and John Maynard Keynes.
2.     They analyze policy alternatives facing a fictional new President of the United States including stimulus spending, the invisible hand, supply and demand, and free trade.
Time Required:  60 minutes
Materials
Procedure
1.     Explain to the students that the purpose of this lesson is to gain a basic understanding of the ideas of two well-known but very different economists —Adam Smith, the founder of economics and John Maynard Keynes, an economist who, for a time, revolutionized economic theory.  The class will participate in a reader’s theater activity and discuss what they learned.
2.     Distribute a copy of Handout 1 to each student.  Ask the students to read the Directions.  Check to see if they understand the assignment.
3.     Ask for volunteers to play the roles of the narrator, President Montgomery, Adam Smith, and John Maynard Keynes.
4.     Ask the students to read Setting the Stage and the Players.  Discuss their responses to the Questions for Discussion.
What are the economic circumstances facing President Montgomery?
(The economy, after 12 years of expansion, had recently experienced a recession which was followed by a slow recovery.  In 2024, the federal budget was over extended with a large national debt.  Saddled with payments on the interest on the debt, Social Security, and Medicare, basic operations of the federal government like defense spending were being squeezed out.)
What are two of the main economic ideas of Adam Smith?
(Here are four possibilities. First, Smith developed the concept of the invisible hand.  It stated that market prices set by supply and demand would be a keystone of prosperity.  Second, Smith believed that the economy was too complex to be trusted to government officials to make decisions.  Third, Smith showed how division of labor resulted in workers being much more productive. Division of labor set the stage to expand trade. Finally, Smith promoted the idea of free trade over the mercantilist ideas of the time.)
What are two of the main economic ideas of John Maynard Keynes?
(Here are three possibilities. First, Keynes agreed with Smith regarding the basics of how an economy should operate.  They differed on the time frame.  Smith said the economy would self-correct in the long run.  Keynes argued that we all live in the short run.  Second, Keynes believed that recessions are caused by inadequate aggregate demand.  Finally, Keynes called for a more active role of government in the economy to address an economic downturn.  If, during a recession, people are not spending enough, the government should step in to spend more or reduce taxes to return the economy to growth.)
5.     Ask the volunteers to read the Script: Dreaming about the Economy in Handout 1.
6.     Discuss the student’s responses to the Questions for Discussion which follow the Script.
Summarize the advice provided to President Montgomery by Adam Smith?
(Smith advised caution.  He noted that increased government spending, while popular among elected officials in both parties, is often inefficient because it is driven by politics rather than markets.  He advised reducing government interference in the economy and expanding trade with other nations.)
Summarize the advice provided to President Montgomery by John Maynard Keynes?
(Keynes advised increasing government spending.  He has less confidence than Smith that business investors will make good decisions and that the economy will self-correct.  Keynes noted that during economic expansion, the government should reduce its role in the economy.  Keynes and Smith both agreed that reducing trade barriers would help the economy grow.)