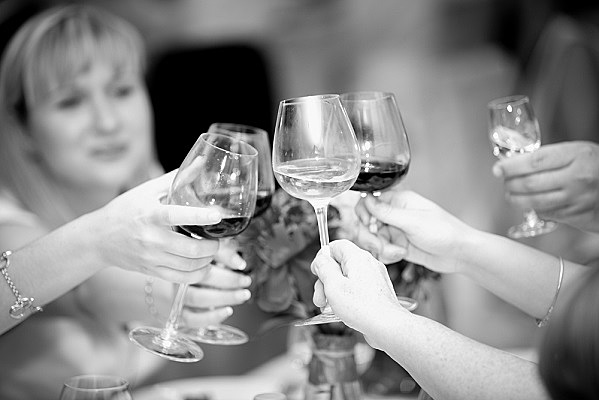 
Propriety in Adam Smith is mysterious and yet approachable. The reader of The Theory of Moral Sentiments (TMS) finds that a sense of propriety is important to every instance of sympathy. Since Smith holds that all moral sentiments relate to a sympathy, all moral sentiments involve a sense of propriety, too. Through many wondrous formulations, the reader finds, again and again, propriety playing a central role. There is much to say on the topic, but in this essay and in a later follow-up, I will offer just a few simple pointers on propriety in Adam Smith.


Propriety as the “OK” region between praiseworthiness and blameworthiness
Suppose we are guests of Jim at a gathering he is hosting at his home. We might judge Jim’s efforts to be hospitable. Early in TMS (25.7) Smith designates propriety as the name for the "fair to middling" region between praiseworthiness and blameworthiness. Behavior that’s better than propriety is deemed praiseworthy, while conduct that falls short of propriety is deemed blameworthy. Propriety itself is just “OK,” neither praiseworthy nor blameworthy. We have some notions about the hospitality Jim should show both in his intentions and in his efforts and actions—what Smith would call his conduct. If he exceeds our notions of how he ought to behave we praise his hospitality and if he falls short we blame him for failing to show the hospitality he should have. As Smith puts it, “Whatever goes beyond this degree…seems to deserve applause; and whatever falls short of it, to deserve blame” (26.9). But “[t]he ordinary degree itself seems neither blamable nor praise-worthy” (80.6).


The ordinary degree is what Smith speaks of as a degree “commonly attained” or “commonly arrived at” by those who share Jim’s station or reference group. Standards vary by reference groups. What is OK for 10-year old’s is not OK for 30-year old’s; what is good for high-school baseball is not good for professional baseball. What is praiseworthy for Jim’s community might be just OK elsewhere—or even totally unacceptable.

In pondering our own conduct, we consider the conduct “which the greater part of our friends and companions, of our rivals and competitors, may have actually arrived at” (247.23, 248.25). What “the greater part of men” (26.8) achieve can be thought of as something like the conduct arrived at by 50 percent of the community or reference group, making a middle band of “mere propriety” (25.7).  Smith’s claim is that it is natural to associate propriety with what is average. The more that Jim’s conduct exceeds propriety, the more praiseworthy it is, and the more that it falls short, the more blameworthy.


Aesthetic rules are blurry and imprecise. As one checks in among members of the reference group, they will return somewhat different ideas of what kind of behavior is OK. As Smith said, these rules are “loose, vague, and indeterminate” (175.11, 327.1). But one can get a sense of the range of propriety from experience with the relevant community or by asking enough of its members.

The “OK” range is not necessarily narrow. In practical affairs, propriety is often fuzzy; there is usually some shared sense of what is regarded as “just OK,” but often there is no sharply defined benchmark. Thinking of propriety as a band rather than as a sharp line reminds us that moral approval is a matter of gradation. Propriety pertains especially to the “loose, vague, and indeterminate” rules of the becoming virtues—all virtues apart from commutative justice.[2]

Aspects of conduct and 3V-framing
Suppose that we agree that Jim’s hospitality falls short of propriety. We still must specify Jim’s vice, because any vice can cause improper behavior. One common and valuable approach to analyzing a virtue and its corresponding vices is to see the virtue as lying between deficiency and excess. Maybe Jim is inattentive to the physical comfort of his guests, or maybe he is obsessively attentive—both behaviors would fall short of propriety. In such framing, proper hospitality lies between indifference and “helicoptering.”


Smith presents such a frame in discussing Aristotle: “Every particular virtue, according to him, lies in a kind of middle between two opposite vices, of which the one offends from being too much, the other from being too little affected by a particular species of objects” (270.12), and Smith gives three examples:


Smith embraces 3V-framing: “It is unnecessary to observe that this account of virtue corresponds … pretty exactly with what has been said above concerning the propriety and impropriety of conduct” (271.12).

Disambiguating (A) propriety as just OK or average and (B) virtue’s association with “mediocrity,” “middle,” and “moderation”
Smith writes about how different passions find an appropriate range of “pitch,” neither too “high” nor too “low.” This range Smith describes as “a certain mediocrity” (27.1). In the treatment of Aristotle (pages 270-271) he likewise uses “mediocrity,” “middle,” and “moderation.” This “mediocrity” is easily confused with propriety, which, as we have seen, corresponds to a “fair to middling,” OK, or average degree. But beware not to equate propriety and the Aristotelian “mediocrity” that is depicted in 3V-framing.


Today the term mediocrity connotes a lack of excellence, but let’s consider the first example above, of cowardice-courage-presumptuous rashness. We may visualize each of the two sides of the range. 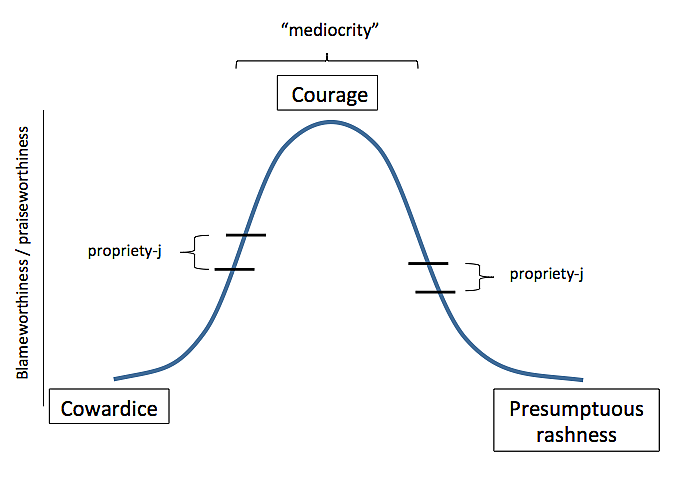 Figure 1: A virture lying between two opposite vices
On the left-hand side, Figure 1 shows a propriety for a reference group, “j,” separating cowardice from courage. On the right-hand slope of the hill we have another propriety band, now separating courage (praiseworthy) from presumptuous rashness (blameworthy). Using two proprieties, then, we have a “mediocrity” within which lies praiseworthy behavior.


Funny as it sounds, using this definition of mediocrity, at its middle lies peak praiseworthiness.

Only a few of the sentences in TMS strike me as regrettable, but here I treat one of them. In the following block quotation, the regrettable sentence is the last one, which I have put in italics:

The propriety of every passion excited by objects peculiarly related to ourselves, the pitch which the spectator can go along with, must lie, it is evident, in a certain mediocrity. If the passion is too high, or if it is too low, he cannot enter into it. Grief and resentment for private misfortunes and injuries may easily, for example, be too high, and in the greater part of mankind they are so. … This mediocrity, however, in which the point of propriety consists, is different in different passions. (27.1-2, italics added)

If I could travel back in time and suggest edits to Smith, I would propose that he replace the italicized sentence with the following: “This mediocrity, however, which is bounded on every side by a point of propriety, is different for different passions.”

Smith also speaks of virtue as a sort of moderation: “Considered as the quality of an action, it [virtue] consists, even according to Aristotle, in the reasonable moderation of the affection from which the action proceeds” (271.13). The idea of moderation should be understood as there being a primary passion that needs to be checked, and that checking is done by another passion. Virtue entails moderation between these two passions.

Understanding that the checking force is also a passion helps us to understand, too, that any 3V-framing is flippable, just as “right” and “left” flip when we turn a map upside-down: We can frame deficiency/excess either in terms of the primary or the checking passion.

Still to Come
In my next essay, we will we see that a sense of propriety operates both in evaluating particular aspects of conduct and in evaluating the conduct in an overall way. Finally, we will discuss “propriety ladders,” or the aspiration of seeing advances in what is viewed as propriety, in what counts as “just OK.”

[2] On the neutral feedback due to the practice of commutative justice, Smith says: “There is, no doubt, a propriety in the practice of justice, and it merits, upon that account, all the approbation which is due to propriety” (82.9). But one is well advised to read Smith as suggesting that propriety pertains only to loose, vague, and indeterminate rules, and hence not to commutative justice; see TMS 294.50, 270.11, and 136.3.

Acknowledgments: I thank Eric Hammer for creating the figure in this article. I thank Jason Briggeman and Erik Matson for helpful feedback.