Teaching Smith in a Modern Law and Economics Course 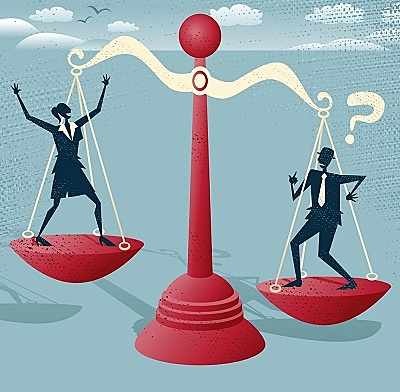 April 29, 2020
In Spring 2019, I was assigned to teach Law and Economics at George Mason University. I quickly found that no major Law and Economics textbook had any discussion on the philosophy of law. They all began with the assumption that “the law is economically efficient” and reasoned from there. Contract law, criminal law, property law, tort law, were all simply assumed to be efficient (or it was assumed that the goal was economic efficiency and that the law should be efficient) but there was never any discussion as to why particular laws happened to exist in the first place. Their existence is simply given, and our job as economists is simply to take the given and work with it.


That approach was unsatisfactory for me. I believe that humans are moral creatures. The rules and laws that develop in humanity are not simply the results of legislatures, benevolent dictators, or single Great Minds. They are the results “of human action but not human design.” Justice plays on the human soul strongly, and in every field except law & economics, discussions of law revolve around whether the law or the punishment from breaking the law is just. This would be the starting point for my class.


The design of the class discussed in this essay was heavily influenced by two individuals. First, Paul Mahoney, professor of law at the University of Virginia, and his 2017 Journal of Legal Studies essay Adam Smith, Prophet of Law and Economics. Second, Daniel Klein from George Mason University. Mahoney’s essay served as a foundation for the technical legal aspects of the course while Klein advised me on Adam Smith’s discussion of justice and the economic aspects of the course.


Ultimately, the assigned textbooks in the class were Law and Economics by Robert Cooter and Thomas Ulen, Issues in Law and Economics by Harold Winter, and The Theory of Moral Sentiments, and Lectures on Jurisprudence, both by Adam Smith. Several other classic readings were also assigned.


Building the Foundation
If justice, or any virtue, is to be the foundation of a discussion, one must begin with a definition to ensure everyone is all on the same page. Justice, depending on its philosophical context, can have varying and sometimes contradictory meanings. To address this, the pre-class readings and first lecture focused entirely on Smith’s conception of justice and the role of the sovereign pertaining to justice. The students were assigned Daniel Klein’s forthcoming essay in the Adam Smith Review Commutative, Distributive, and Estimative Justice in Adam Smith, as well as the “justice paragraphs” in Theory of Moral Sentiments and Smith’s discussion of the two kinds of jural relationships: jural equals and jural superior/inferior.


In those paragraphs, Adam Smith discusses what he sees as the three main uses of the word “justice.” First, there is justice in the negative sense, or what he calls “commutative” or “mere” justice. This form of justice requires very little: do not mess with other people’s stuff. The second usage is called “distributive” justice, or making a becoming use of one’s own stuff. In this sense, justice is positive as it requires certain actions to be taken. An example might be a doctor using his tools to help heal the sick would be considered a just action since he is making a becoming use of his own resources. The third usage is unnamed in Smith, but following Dan Klein, I call it “estimative justice.” Estimative justice involves the estimating of an object. For example, we are said to do justice to a movie if we rightfully estimate its worth and give it due praise (or, likewise, we may do an injustice if we fail to give the proper praise).


Of these three kinds of justice, law is primarily concerned with commutative, or “mere” justice. Smith defines jurisprudence as “the theory of the general principles of law and government” and he lists the objective of law is “Justice, Police, Revenue, and Arms”(LJ, 398). He further defines justice in his opening lecture as “the security from injury.” This is similar to how he later describes commutative justice.

Smith defines the various ways men can be injured: as a man, as a member of the family, as a member of a state. As a man, he may be injured in his body, reputation, or estate. These three elements are the “stuff” that is being interfered with in ways that the law is trying to prevent. These elements gave me the course outline for my class: the first part was about interfering with a person’s property (in Smith’s terms, a person’s real estate, or a quocumque possessore). This was our first topic: property rights (Coase, in particular). Then, we discussed a person whose body is the object being interfered with (tort). The next topic was when what is owed to a person is interfered with (contract law). But a modern distinction that does not appear in Smith is the difference between unintentional interference (as in the types of law above) and intentional interference (criminal law). Thus, I introduced criminal law on justice grounds as a means of addressing property, body, or things-owed that were intentionally interfered with.

So, the first two lectures of the class built this Smithian foundation of jurisprudence. The stage was set. We had a common language of justice and an outline for the course built on Smithian foundations. But how well would 18th Century jurisprudence philosophy map onto 21st Century Law and Economics thinking? The answer: quite well.


Of Coase, Contracts, Tort, and Justice
The first legal topic under analysis in the class was property rights. Property rights are at the heart of economic analysis and made a logical starting point for a class focusing on combining law and economics. In terms of the Smith-Klein justice framework discussed above, we were dealing with the question of unintentional “interference with other people’s property-stuff.” Therefore, the questions we need to ask are: “Whose stuff is being interfered with? How is it determined that someone’s stuff is being interfered with?”

The question of “whose stuff is being interfered with” is different than the typical question asked in a law and economics course on property rights. Usually that is something like, “Are the current bundle of rights allocated in such a way so that the right is owned by the person who values it the most? Further, when a property right is unclear and thus someone interferes with it via some externality, how should the right be clarified?” In his famous 1960 paper, The Problem of Social Cost, Ronald Coase explored the problem of property right allocation and ultimately determined that, in a world of no transaction costs, the initial allocation of property rights does not matter. Through bargaining, the property right will end up at the highest valued use. In a world of transaction costs, however, the initial distribution does matter and a role of a government or a judge can be to establish clear property rights. Thus, the role of a judge should be to allocate the property right to the highest-valued use and allow bargaining to proceed from there.

Coase’s brilliant analysis highlights a special feature of externalities: they are reciprocal. We can only interfere with someone else’s “stuff” because our two different “stuffs” are interacting with one another. In Coase’s example, a confectioner sets up shop next to a doctor’s office. The noise from the confectioner’s machinery prevents the doctor from treating his patients because he cannot hear through the stethoscope. But it is only through the interaction of the machinery and the doctor’s office that there is an externality at all. And so we are faced with the question: “whose stuff is being interfered with?” In a world of transaction costs, the initial allocation of rights (determining “whose stuff” is whose) is important to allowing mutually beneficial exchanges to occur. Economics provides no clear way to answer that question. Nominally, the analysis says stuff should go to the highest-valued use, but the subjectivity of value and the incentive for the two people to exaggerate their claims makes this suggestion problematic. It makes for a nice blackboard model, but not one that is really helpful outside the classroom. And Coase himself argues we should look beyond the blackboard.

The students were asked to consider this question from the framework Smith lays out on property in the Lectures on Jurisprudence: “Property is our possessions of every kind which if anyway lost, or taken from us by stealth or violence, may be remanded a quocumque possessore” (400). From this perspective, the matter seems fairly straight forward. The doctor’s stuff is being messed with: his ability to operate his office is now lower because of the noise, and his possession (the office as a tool for his job) was lost to him because of the action of the confectioner. The same does not apply to the confectioner. The confectioner’s ability to run his factory is not reduced by the presence of the doctor. Taking these factors into account, the judge should grant property rights to the doctor, who then can negotiate with the confectioner to reduce the interference.

The outcome of the two analyses are similar: the property rights are allocated, and the two parties can subsequently bargain. What’s more, the judge did not need to spend time attempting to ferret each individual’s different valuation of the property in question. He only had to apply a fairly precise and accurate rule of justice to the situation. The justice application complimented, rather than substituted, the economic application.

Class conversation focused primarily on property rights emergence. Several students argued that the legal process of repeated application of property right questions to different situations, under an assumption of justice, lead to rules that were not only economically efficient (as the textbook argues) but also ones that were likely widely perceived to be fair and consistent, an important requirement for jurisprudence.

We repeated this process, of looking at the economic analysis and then the justice application, for tort, contract, and crime as well. As in the example of property above, we found that the justice perspective: 1) complements economic analysis in that it helps bring resources to their highest-valued use, and 2) reasonably explains how judges and people actually behave in various legal disputes.

Conclusion
Paul Mahoney’s article reminds us that Smith still has a lot to teach us in the field of Law and Economics. His Lectures on Jurisprudence make an excellent complement to a modern law and economics course by helping to build the case of legal analysis from a just and economic foundation. We do not need to assume judges as ruthless economic calculators, but rather as impartial spectators just trying to do the right thing.