Adam Smith and the Presumption of Liberty 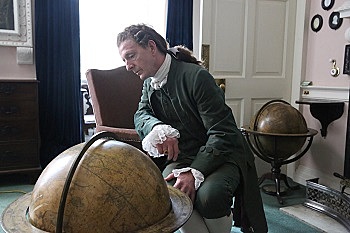 
But Smith’s analysis did not stop there. He also explored the nature of the jural superior. While Smith does have a science of the legislator, he also repeatedly emphasized that jural superiors are also human beings like us.


To give one such example, in the Theory of Moral Sentiments, Smith writes on how it is a natural human reaction to feel resentment and revenge when once does something against us. Indeed, not rendering gratitude where gratitude is due can cause this passion to arise (see Part 2, and especially Section 2). This jealousy can cause us to act in a harmful and unjust manner; beneficence cannot be extracted by force. But, while Smith is examining jural equal relations here, he also applies this same sentiment to national governments and legislators. In The Wealth of Nations, when Smith is discussing a potential use of tariffs to reduce/eliminate tariffs by other governments, he begins by stating that, when one nation raises tariffs on another: “[r]evenge…naturally dictates retaliation, and that we should impose the like duties and prohibitions upon the importation of some or all of their manufactures into ours. Nations, accordingly, seldom fail to retaliate in this manner” (page 467.38).


Revenge, that natural emotion according to Smith, is applied to national governments here and not just individuals. Smith goes on to tell of a trade war between the Dutch and French which became a shooting war.


After this story, Smith lays out his potential exception to the aforementioned presumption of liberty (emphasis added):

There may be good policy in retaliations of this kind, when there is a probability that they will procure the repeal of the high duties or prohibitions complained of. The recovery of a great foreign market will generally more than compensate the transitory inconveniency of paying dearer during a short time for some sorts of goods.  (page 467.39)

To judge whether such retaliations are likely to produce such an effect does not, perhaps, belong so much to the science of a legislator, whose deliberations ought to be governed by general principles which are always the same, as to the skill of that insidious and crafty animal, vulgarly called a statesman or politician, whose councils are directed by the momentary fluctuations of affairs. (page 467.39)

He then brings us back to the presumption of liberty:

When there is no probability that any such repeal can be procured, it seems a bad method of compensating the injury done to certain classes of our people to do another injury ourselves, not only to those classes, but to almost all the other classes of them. This may no doubt give encouragement to some particular class of workmen among ourselves, and by excluding some of their rivals, may enable them to raise their price in the home-market. Those workmen, however, who suffered by our neighbours prohibition will not be benefited by ours. On the contrary, they and almost all the other classes of our citizens will thereby be obliged to pay dearer than before for certain goods. Every such law, therefore, imposes a real tax upon the whole country, not in favour of that particular class of workmen who were injured by our neighbours prohibition, but of some other class. (page 467.39)

By starting with a reminder that revenge is a natural passion within our breast and a story about a war of jealousy between two nations, Smith demonstrates that the probability that higher domestic tariffs will lead to the reduction of foreign tariffs is not particularly high and thus that a policy of retaliatory tariffs is not necessarily desirable even if justified.


Adam Smith had a presumption of liberty, and while that presumption was not absolute, he was under no impression that the mere existence of a justification for violating the presumption was in any way sufficient to violate the presumption; the burden of proof is high. After all: “They whom we call politicians are not the most remarkable men in the world for probity and punctuality” (Lectures on Jurisprudence, page 539).


Some potential questions for discussion:


1)   A presumption of liberty requires the burden of proof that liberty should be violated be on the person requesting violation.  What might be some evidence strong enough to support the violation?


2)   What might be some implications of Smith’s application of human passions to legislators for modern discussions of policy?


3)   Are there aspects of human life where a presumption of liberty would be undesirable?

" Are there aspects of human life where a presumption of liberty would be undesirable?"

Agreed that the threshold for overcoming the presumption of liberty should be high (and Smith would agree as well).

But are there, possibly, some aspects of life where a presumption of liberty would be undesirable? What if there's an actual national emergency (ie, invasion by a foreign power)?

Jon, thanks for pointing out that Adam Smith addressed that issue of fake national emergencies. To think back, I probably got the idea from Smith when I read "The Wealth of Nations" and "The Theory of Moral Sentiments" when I was studying at the university. Good to remember that. It is amazing how much of what I read in college has become such a part of me that I now think those ideas are my own.

How does Adam Smith show that the societal structure of privilege never allowed people to have rights and freedom?