natural price how are wages determined 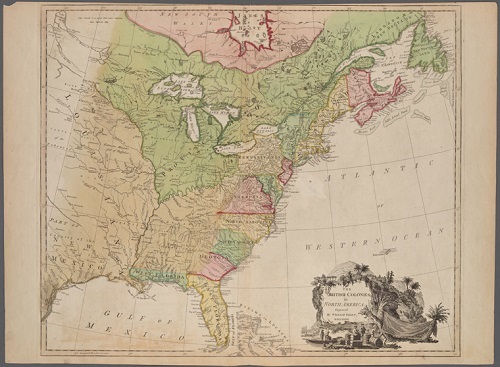 As for he did for the prices of products, Adam Smith also dared to show that in the case of wages, when markets are left to work on their own, the best outcome for all participants similarly occurs.
Adam Smith was a key advocate of free markets, something which economists who followed in his footsteps, like David Ricardo or John Stuart Mill, agreed upon. His believed that when markets are left to work freely, the outcome of market interactions is one in which no one is better off at the expense of someone else. This is true, as 20th century economists like Vilfredo Pareto were able to model much later as perfect competition.  In a free and competitive market, any good brought to market is sold for the price that includes the wages of labor, rent of the landlord, and profits of stock, as the author of Wealth of Nations explained. Any distortion in equality of demand and supply for those goods will cause the goods being sold at a price which is lower or higher than its natural price, the one they would have in a free market. This leads to some people being left without the goods they aimed to purchase (in case of demand greater than supply) and some purchasing it at a price which cannot guarantee its seller enough profit to cover expenses.


As for he did for the prices of products, Adam Smith also dared to show that in the case of wages, when markets are left to work on their own, the best outcome for all participants similarly occurs. Wages are simply the price for labor, and function the same way as product markets. In a labor market, workers are the supply, and producers or employers are the demand(ers) of labor. Smith writes that masters, who are in most cases better protected by law and who are less numerous tend to agree more and cooperate with each other regarding wage prices, and workers are usually in no position to bargain. This means that workers cannot afford to stay unemployed for a long period as employers can, by living off stock rent, where they would lease the stock to other producers. They (producers) usually, like monopolists in the case of commodities, agree to sink wages below their natural level, which leads to supply and demand not being equal and that causes various negative effects to workers, but also to employers in the long-run. There are, of course, certain occasions, as Smith notes, which give this advantage to workers, as well, when they raise prices above their natural level. They, however, don’t have an incentive to do so in certain special occasions which can and often happen, as time passes by in certain economy, where markets are left to operate freely. For instance, when there is a continually increasing demand for workmen from one year to another, they do not necessarily need to ask for higher prices (wages) for their labor after some time. Their employers will compete with one another for workers, and wages will naturally rise.

This conclusion led Adam Smith to the notion that it is not the current wealth of any country which guarantees its future success, but its potential for continuous improvement. He points to the case of England and its colonies in North America. Although England was much richer in terms of wealth at hand at the time, wages were for some time higher in its colonies than at home. If the prices of wages  are constant in a nation during a certain time period, Smith said that the wealth of the country is stationary. The contrary case could be seen in the incredible increase of population size in the North American colonies in those times. In part as a result of the rising prices of labor, population grew in the colonies more rapidly than in England. Numbers, according to the Wealth of Nations, were such that the population of England doubled in about 500 years, while in the colonies, that doubling happened in only 20 to 25 years. Eventually, whenever there is more labor available than demanded during a certain period- for example, after a period of rapid population growth- wages will not continue to rise, and may eventually begin to fall.


Labor markets, like product markets, function best when they are left free. When markets are obstructed, the natural prices of neither commodities nor wages can be reached. In the case of wages, where there is over-supply of workers, wages tend to sink; and where is over-demand, wages tend to grow beyond their natural level. Some workers will accept lower wages in order to gain work and that will decrease the average price below its natural level. The natural price, therefore, is the price to which the prices of all commodities are continually gravitating (Wealth of Nations, Chapter VII, Of the natural and market price of commodities). Artificial maintenance by some external interference will lead to some employers being short of quality workmen, as not all of them, even those willing to accept lower wages would be employed. This interference can come in the form of any government regulation. It can also be affected by laws raising the minimum wage, as an example of how regulations of wage prices could distort the natural price of work.


Want to learn more?
Check out our Reading Guide for Wealth of Nations Book I, Chapter VIII, Of the Wages of Labour
The #WealthofTweets for the same chapter
Maryann Keating, Adam Smith on Wage Taxes and Labor Force Participation