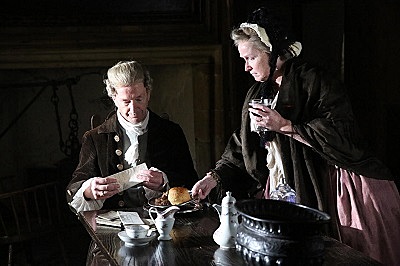 Myth 1: Adam Smith argued that markets are activated exclusively by people’s self-interest.
The Reality Behind the Myth
Adam Smith’s most ardent critics generally start their attacks on Smith’s system of political economy by pointing to his reliance on “self-interest” as the predominant, if not sole, human motivation activating market exchanges. Real human beings, critics insist, are far more complex in their motivations. Adam Smith would agree, to the chagrin of Smith’s critics.
Nevertheless, to dismiss Smith, critics are inextricably drawn to a favored pithy passage in The Wealth of Nations (1776):

“It is not from the benevolence of the butcher, the brewer, or the baker, that we expect our dinner, but from their regard to their own interest. We address ourselves, not to their humanity but to their self-love, and never talk to them of our own necessities but of their advantages. Nobody but a beggar chuses to depend chiefly upon the benevolence of his fellow-citizens.”

When that passage is considered in isolation from all else Smith wrote, his theory of markets does appear to lack a moral foundation. It has been easy for critics to equate the pursuit of self-interest—or, worse, self-love--as the pursuit of the most degenerate of human motivations, avarice and greed—with market participants lacking any concern for the welfare of all others, taken individually or collectively, and without (any yet-to-be-mentioned) market constraints on people’s pursuits.
Indeed, the passage could suggest that Smith’s butcher, brewer, and baker would, by presumption, be primed to sacrifice the interests of all others in hot pursuit of their own interests. People can’t be, critics attest, be simultaneously self-interested and other regarding. The general welfare be damned as win/lose trades dominate market outcomes, but therein lies a source of the revolution in thinking that sprang from Smithian political economy.
Self-Interest in Context
The passage, taken out of its immediate context in Chapter 2 of The Wealth of Nations, and especially when isolated from Smith’s prior work on moral philosophy in The Theory of Moral Sentiments (1759), gives the impression that Smith was a pipe dreamer: all good things could and would spring from people doing nothing more than seeking their own advantage.
Of course, Smith’s critics ignore the text surrounding the passage. In the same paragraph, he acknowledges that people often do their best to engage all others around them to do their bidding, through “fawning attention to obtain their good will.” However, Smith insisted that such efforts have limited effectiveness, especially among people who have no or limited family and friendship ties and whose preferences are, at best, vaguely known.
In addition, Smith emphasized that people’s pursuit of self-interest takes the form, not of deals forced on others, but rather of “bargains” involving expected mutual gains for the trading partners: “Give me that which I want, and you shall have this which you want, is the meaning of every such offer; and it is in this manner that we obtain from one another the far greater part of those good offices which we stand in need of.” Ergo, pursuit of self-interest forces the pursuit of others’ interests.
The Economic Problem for Smith
For  Smith, the crux of people’s economic problem is twofold: First, people don’t have the time to achieve what they want by divining and then appealing to other people’s sympathies, especially when they live and work at some distance, and when everyone “stands at all times in need of the co-operation and assistance of great multitudes, while [a person’s] whole life is scarce sufficient to gain the friendship of a few persons.”
Smith points to the brewer, butcher, and baker as suppliers outside buyers’ close circles of family and friends and beyond the reach of appeals to mutual love and beneficence. Pursuit of self-interest powers people’s “propensity to truck, barter, and exchange,” increases the range of people’s cooperation and their real incomes and, coincidentally, adds to the wealth of nations. All the while, pursuit of self-interests induces people to be other-regarding. All of this runs directly counter to what the critics have in mind when they criticize Smith for his narrow focus on “selfishness.”
Second, Smith admired people’s benevolence but adds that it is “vain” for a person to expect to receive all that is wanted from other people’s “benevolence only.” Every person “will be more likely to prevail” in securing what he or she wants by enlisting self-love and showing others that “it is for their own advantage to do for him what he requires of them.” Pursuit of self-interest for Smith has instrumental value, grounded in economy: It is a means (but not the only means) by which people in markets seek to minimize their transaction costs and thereby spur growth in transactions, income, and, serendipitously, “the wealth of nations.”

Self-Interest as a Wellspring of Laudable “Habits”
Smith never meant to suggest that more virtuous motivations than self-interest are absent in market transactions. He places considerable emphasis on the extent to which self-interest can induce laudable, if not virtuous, behaviors: For example, he writes, “the habits of œconomy, industry, discretion, attention and application of thought, are generally supposed to be cultivated from self-interested motives, and at the same time are apprehended to be very praise-worthy qualities which deserve the esteem and approbation of every body. . . . Carelessness and want of œconomy are universally disapproved of, not, however, as proceeding from a want of benevolence, but from a want of the proper attention to the objects of self-interest.” Of course, Smith presumed in The Wealth of Nations that people would carry with them in all walks of life their individual “impartial spectators” (developed in The Theory of Moral Sentiments) who would be on sentry duty in search of personal violations of cherished virtues and ready to provide corrections in behaviors.
One of Smith’s major contributions to economic thought was his observation that in pursuit of their own narrow self-interests, people’s efforts are “necessarily” guided as if by an “invisible hand toward an unintended end”: “By pursuing his own interest he frequently promotes that of the society more effectually than when he really intends to promote it.”
Smith understood that some who are motivated by self-interest would seek exploitive bargains, those that unduly favor themselves. However, the same self-interest (when not abated by trade regulations favoring commercial, political, and religious classes) would cause others to offer improved bargains, which means he envisioned a system of competition-constrained self-interest. Pursuit of self-interest is self-checking (at least partially).
Smith surely recognized that markets depended on such virtues as trust and trustworthiness. Without trust, trades would be more costly to consummate, constraining people’s incomes. Smith, however, developed a startling deduction often overlooked by his critics: People’s pursuit of their self-interest would press them to be more trustworthy in order to facilitate the development of “bargains” at a distance, which could drive up their incomes and wealth beyond what would otherwise be achieved, given people’s other more laudable drives.


Richard McKenzie is the Walter B. Gerken Professor of Enterprise and Society Emeritus in the Paul Merage School of Business at the University of California, Irvine.