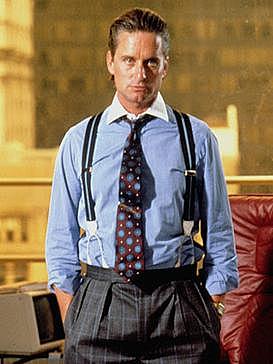 July 10, 2020
Myth 3: Adam Smith Argued that Markets Would Be Driven Exclusively by the Likes of Gordon Gekko
Adam Smith’s critics seem to believe that Gordon Gekko, the lead financial scoundrel in the 1987 movie Wall Street, crystalized Smith’s moral and economic philosophy when he asserted, “Greed . . .is good.” According to Gekko, greed has always been a universal drive and source of social and economic improvement: “Greed is right, greed works. Greed clarifies, cuts through, and captures the essence of the evolutionary spirit. Greed, in all of its forms; greed for life, for money, for love, for knowledge has marked the upward surge of mankind.”
Adam Smith, Greed, and Other-Regarding
Smith never used the word “greed” in either The Theory of Moral Sentiments or The Wealth of Nations. However, Smith’s admirers must grant that he wrote The Wealth of Nations in part to elevate the importance of self-interest (or “self-love”) in people’s market-based commercial affairs and, serendipitously, in the growth of nations’ wealth. Smith’s critics can be excused (at least partially) for inferring that Smith’s main point was that markets are powered predominantly, if not exclusively, by the type of greed Gekko represents.
As noted in my first “Myths and Realities,” Smith understood that the motivations of love, empathy, sympathy, beneficence, honor, and duty, even when cultivated for partially selfish reasons, could enlist the cooperation of family and close friends in achieving common goals, and such motivations were never absent in people’s market dealings. However, Smith confidently insisted that people can’t count on virtuous motivations to achieve the extensive cooperation they need from far-flung strangers—including his representatives of the commercial class, the “butcher, brewer, or baker”—to obtain “the far greater part” of their daily needs and wants.
Smith clearly understood that self-absorbed and ethically-deprived Gordon Gekkos were ever-present in markets and many would, if given a chance, scam their way to success at the public’s expense. Criminals were more commonplace in the 1700s than today. Smith had little regard for them or for those nobles, priests, and academic colleagues who were ethically deprived and too often abused their privileged positions.
However, Smith used his most intense rhetorical fire for merchants, famously warning that people of the same trade rarely meet for even “merriment and diversion” without their seeking a “conspiracy against the public,” mainly to obstruct trade and raise prices. One of his main interests in constraining government powers to regulate trade was, accordingly, to contain the exploitation of those powers by merchants (and others) in pursuit of their own narrow private gains through, say, import restrictions and export subsidies.
Smith’s  market theory was largely peopled by buyers and sellers who were more complete and ethically constrained than Gekko. To see this point, Smith’s critics need read no further in Smith’s The Theory of Moral Sentiments than the very first sentence in the first chapter: “How selfish soever man may be supposed, there are evidently some principles in his nature, which interest him in the fortune of others, and render their happiness necessary to him, though he derives nothing from it except the pleasure of seeing it.” Smith goes on to note how people’s “pity or compassion” enables, if not compels them to “feel for the misery of others,” a fact of life that is “too obvious” to require proof, Smith insists.
Sentiments for the misfortunes of others are hardly confined to the “virtuous and humane”: “The greatest ruffian [perhaps even real-life versions of Gordon Gekko], the most hardened violator of the laws of society, is not altogether without it [concern for others].”
Gekko seems to suggest that “greed” is untempered—and should be untempered. For Smith, people’s pursuit of their self-interests is constrained—and should be expected to be constrained—not only by competition and “Impartial Spectator”-enforced virtuous considerations, such as honor, duty, empathy, and beneficence, but also by the nature of trades. Traders must each figure out what other people want and then offer them deals that both consider mutually beneficial, which is to say that the pursuit of self-interest forces traders to be simultaneously self-interested and other-regarding.

Adam Smith and Selflessness
Moreover, Smith’s critics have failed to notice that not all self-interested people in markets are likely to be greedy in the sense that they care only about their own narrow personal interests. True, Smith makes a strong case that markets can work well with only self-interested (even greedy) people in them (so long as laws and social norms are enforced). As Smith famously wrote, people who only pursue their narrow self-interests through markets are “led by an invisible hand to promote an end which was no part of their intention.” But that doesn’t mean that, in his theory, much the same outcome cannot emerge among traders motivated exclusively, or just partially, by their various selfless interests or interests in promoting the collective good, although he confesses to having rarely observed much collective good emerging from people driven exclusively by their concern for the greater good of all. (Other-regarding people might indeed facilitate market trades, given that trust is important in trades and other-regarding people might be more trusting and trustworthy.)
Having said that, however, Smith surely recognized that markets also encompassed people who have strictly selfless trading interests. Markets are activated by interests of all kinds and do not discriminate among interests, selfish or selfless. Butchers rarely ask their customers if they plan to use the beef they buy to feed their families or to give to the poor.

Self-Interest, Selfless-Interest and the COVID-19 Pandemic
Consider Smith’s perspective on self-interest in light of the current COVID-19 pandemic. Face-mask (or face-shield) buyers include those solely interested in protecting themselves from the virus. But the face-mask market has not excluded other buyers whose only interest has been to give (anonymously) face masks to healthcare workers—or, for that matter, grocery store clerks—to reduce their risks of passing the virus on to their families, friends, and other customers.
Similarly, face-mask suppliers included producers whose only interest is to extend their production runs to take advantage of the sudden increase in demand with greatly increased prices. Other producers, however, have held the line on their prices for less-objectionable selfish reasons, for example, to avoid unsettling their long-established reputations for “low” or “fair” prices. No doubt, however, there have been face-mask producers who have sacrificed higher prices and profits with face-mask giveaways. Why? Maybe they want to save lives in their communities or even the world. Maybe, as Smith suggests, they want to be “praise-worthy” or acquire the “esteem” of others. Maybe, they just want to feel good—or even just to do it with no particular purpose (and no cost-benefit calculation) driving them.
Smith’s critics highlight the devious criminal shenanigans of the Bernie Madoffs and Gordon Gekkos of the world as representatives of Smithian market participants. They overlook the extent to which Madoffs of the world inhabit all other institutions, religious, political, and academic, and they overlook the fact that Smith would applaud Madoffs’ life sentence. They also fail to realize that individuals and institutions like Fred Rogers[1] , Doctors without Borders, and the Red Cross have relied heavily on markets in pursuit of their good works.
The Covid-19 pandemic has exposed in raw form a reality about markets that Smith’s critics overlook in their insistence that buyers and sellers are only out for themselves. The nurses and doctors who have been on the frontlines in the pandemic may well have taken their jobs, at least in part, for pay and benefits in exchange for their labor. This other side of market exchange transparently evident in nightly pandemic news reports is rarely mentioned by Smith’s critics.

Self-Interest As Methodology
Many of Smith’s critics, as well as many admirers, have absorbed a central theme of his world view: Self-interest is an underappreciated positive force in markets, enabling individuals and nations to achieve greater wealth than would otherwise be the case. What his critics and many of his admirers have failed to appreciate is that Smith’s focus on the drive of self-interest had a methodological purpose, that of simplifying and clearly illuminating key unappreciated attributes of markets. Smith understood that people were driven by a constellation of interacting motivations, so many in fact that he had to focus on a subset of them. He never meant to suggest that other-regarding motivations were nonexistent nor inconsequential. He had covered them at length in The Theory of Moral Sentiments, enabling him to isolate the potential good that can come from even self-interested people.

Concluding Comments
People of Smith’s era fully appreciated how good things can emerge from the work of truly selfless people. The Wealth of Nations made Smith internationally famous because he made the tougher case that much good can come from the work of selfish people, but only when their selfishness is constrained and guided by market competition and by limitations on the exploitation of government powers. Submerged in his market theory developed in The Wealth of Nations is the core premise in The Theory of Moral Sentiments:  a broad swath of humanity is innately driven to have at least some concern for the welfare of others, even when there is nothing in it for them. In The Wealth of Nations, Smith advised that people must give of themselves to get what they want.

Editor's Note: ASW has this lesson plan which focuses on these issues, and uses the infamous Wall Street scene with Gordon Gekko.
___________________
Richard McKenzie is an economics professor emeritus in the Merage School of Business at the University of California, Irvine. His most recent book is A Brain-Focused Foundation for Economic Science.