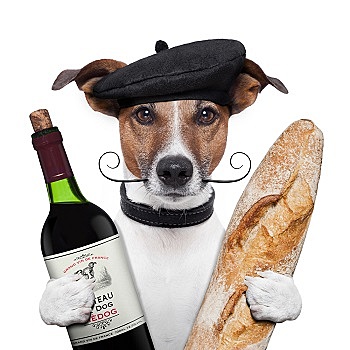 Myth 2: Adam Smith argued that the welfare gains from free trade among nations were limited to countries’ exploitation of their production cost advantages.
The Reality Behind the Myth:
Adam Smith is heralded today for his incisive argument for free international trade, unfettered by tariffs and quotas that curbed imports and “bounties” (subsidies) that promoted exports. For two centuries prior to the publication of The Wealth of Nations (1776), advanced countries had justified their own import restrictions and export subsidies under the intellectual banner of “mercantilism,” a system of economic thought founded on the belief that trade surpluses (exports exceeding imports) increased a country’s wealth because they led to an inflow of gold, the presumed ultimate form of wealth.
Smith argued that a country’s gold horde (beyond, say, the amount needed to finance defensive wars) was an illusory form of wealth. Gold could only be accumulated by using domestic resources to produce exports, which reduced domestic resources available for building plants and equipment and for satisfying domestic wants, which is the true source of welfare gains and the means for growing “the wealth of nations.” The abandonment of mercantilist trade restrictions across countries, Smith argued, would lead to an expansion of international trade via a reduction in production costs, which would translate into greater production, increased real income, and wealth accumulation across trading countries.
Absolute Production-Cost Advantages
Economists have long discussed Smith’s understanding that production costs could be reduced, with a concomitant expansion of trade, by nations specializing their production in goods in which they had “absolute [not comparative] cost advantages,” attributable to, say, relatively greater soil fertility, an advantageous climate, and worker skills. Smith wrote:

Whether the advantages which one country has over another be natural or acquired is in this respect of no consequence. As long as the one country has those advantages, and the other wants them, it will always be more advantageous for the latter rather to buy of the former than to make. It is an acquired advantage only, which one artificer has over his neighbour, who exercises another trade; and yet they both find it more advantageous to buy of one another than to make what does not belong to their particular trades.

Smith’s theory of the potential gains from trade based on cost advantages can be illustrated by supposing that vintners in France can produce an additional barrel of wine with 10 hours of labor, whereas it can take vintners in England 20 hours. On the other hand, perhaps sheep farmers in England can produce a bolt of wool in 10 hours whereas sheep farmers in France require 20 hours.
Obviously, time (and production costs) can be saved in both countries if the French specialize in wine production, producing a barrel of wine in 10 hours in lieu of producing a bolt of wool, and then trading the barrel for a bolt of wool produced by the English in 10 hours at the sacrifice of a barrel of wine. After the trade, each would have a barrel of wine and a bolt of wool, but with a saving of 10 hours of work, which could be used to produce other things (such as even more wine and wool). The wealth of both countries, measured in goods available for consumption, would increase (with the potential increase far greater than Smith realized, with the amplification coming in the form of the theory of “comparative cost advantage” developed by David Ricardo in the 1810s).
For too many economists, this has been the beginning and the end of the Smithian case for free trade, but Smith’s case for relaxing mercantilist trade restrictions was far more expansive and insightful.
Market Size and Division of Labor
Smith started The Wealth of Nations with a description of the production of pins in an English factory for two very good reasons. First, he wanted to highlight the substantial gains in worker productivity that could be achieved by dividing up the several tasks involved in the production of a relatively simple product, pins. Second, he used his discussion of labor specialization to explain how the elimination of trade restrictions could increase a country’s wealth beyond that achievable from trade based solely on absolute cost advantages.
In his discussion of pin production, Smith notes that a pin maker working alone might not be able to produce a single pin (and surely no more than twenty) in a day. However, if the task of producing pins is divided into as many as “eighteen tasks” that can be performed by, say, ten pin-makers, then the ten workers might be able to produce 48,000 pins a day, which means that each pin-maker can be said to produce on average of 4,800 pins a day. This is obviously a dramatic increase in productivity that can be attributed to workers honing their skills on a limited number of tasks and then discovering ways in which their tasks can be done more efficiently. By specializing, workers can also avoid wasting time changing tools and production locations.

The economies that can be achieved from the division of labor, however, are necessarily limited by firm size that, in turn, is limited by “the extent of the market.” Smith observed, “When the market is very small, no person can have any encouragement to dedicate himself entirely to one employment, for want of the power to exchange all that surplus part of the produce of his own labour, which is over and above his own consumption. . .”.
Smith opposed import restrictions because they forced domestic residents to pay higher prices for domestic goods, and prices were hiked up even more by the trade restrictions giving domestic producers monopoly pricing power. Perhaps more importantly, trade restrictions choked off even greater production economies by imposing limits on market and firm size and, thereby, limiting the division of labor.
By gradually reducing trade restrictions over time, not only would domestic firms lose their monopoly pricing power, but markets and firm sizes could be gradually expanded. All all growing firms would increase the extent of labor specialization, which would lead to expanding production, increasing real incomes—and growing the wealth of nations. With greater real national income, governments would have the means to build more and improved roads and canals that connect up local markets, making them more competitive and efficient.
Thus, Smith’s supposed limited-purpose free-trade theory morphs into a theory of economic growth and development over time.