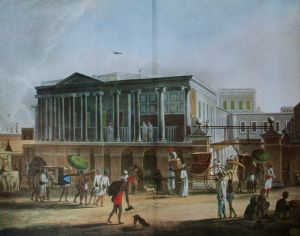 Costa Rican economist Thelmo Vargas-Madrigal explains the relevance of Adam Smith's Wealth of Nations to modern discussions of public policy and the provision of public goods.
In his masterpiece An Inquiry into the Nature and Causes of the Wealth of Nations, Adam Smith supplied important guidelines for public policy which are as pertinent today as they were in 1776, when the book was first published, and are equally applicable to developed as well as to developing countries. I will comment on two recommendations on fiscal policy taken from Book V.
A duty of the state (sovereign or commonwealth) is:

[T]hat of erecting and maintaining those public institutions and those public works, which, though they may be in the highest degree advantageous to a great society, are, however, of such a nature, that the profit could never repay the expense to any individual or small number of individuals, and which it therefore cannot be expected that any individual or small number of individuals should erect of maintain.

The type of works and institutions mentioned are currently known as public goods, which are goods or services for which the properties of nonexcludability (nonpayers cannot be excluded from consumption) and nonrivalry (one person's consumption of the good does not reduce the amount available for others) apply. Examples of public goods are lighthouses and, to a certain extent, city streets.  The private market will not supply goods when the above-mentioned properties apply, so its supply is in general reserved to the state and their financing is via taxes, not prices.
Smith recommends, “The subjects of every state ought to contribute towards the support of the government, as nearly as possible, in proportion to their respective abilities; that is in proportion to the revenue which they respectively enjoy under the protection of the state.” Thus, he recommends a flat tax, under which the rich pay as rich and the poor as poor.
However, there are many goods and services which at first glance look like public goods but upon further analysis are not. Smith mentions many works that in England were financed with tolls, not with taxes. In many developing countries the concession of public works --such as highways, ports and airports, the post office-- to the private initiative is a very recent development and through it, if done in a competitive manner, their burden on the public finances has been reduced significantly and the quality of the service improved.
On this topic Smith made a very important recommendation:

However, not everyone has paid the due attention to this guide and, as a consequence, a significant portion of public sector expenses consists of hidden subsidies to well-off members of the society, not to the really needy, which among other things has contributed to the undue expansion of the public sector, permanent fiscal deficit and increasing public indebtedness.
It is well-known that when the benefit of a given public sector expense can be concentrated in small groups while its cost can be distributed to the large group of tax-payers, public expenditure will grow, because the incentive of a typical member of the former groups to keep the subsidy is greater than that of a typical tax-payer to oppose such expenditure.
A group of citizens that seem to benefit significantly from public expenses are the public servants, which nowadays constitute a powerful pressure group in many countries. In Costa Rica, for example, public sector employees on average receive a remuneration that is more than twice as high as that of the equivalent employee working for the private sector. Because of this, the participation of the state in the economy has contributed to increased income inequality, measured by the Gini Coefficient, among the members of society, contrary to what is to be expected.
“It is unjust that the whole society should contribute towards an expense of which the benefit is confined to a part of the society,” we should remember Smith saying. But in practice a problem of principal-agent interest divergence is present in the operation of many governments.
In sum, it is unfortunate that public policy in many countries has deviated from the wise recommendations made by Adam Smith in The Wealth of Nations. Policy-makers and tax-payers will certainly benefit greatly if they take the time to review the one hundred or so pages of Book V.

Special Note: This post will soon be re-published on this site in the original Spanish.