Reading the Wealth of Nations: Book 2 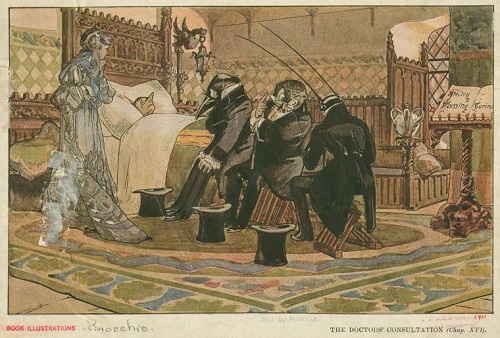 Smith uses the phrase “productive labour” in our readings for this week. But what does he mean by it?  In a modern context, most people think of productive labour as something that produces, well... value. He refers to lawyers, physicians, and even men of letters (like Adam Smith himself) as unproductive.
This fall, the Institute for Liberal Studies is hosting an online reading group for the Smith’s most famous book, An Inquiry into the Natures and Causes of the Wealth of Nations. Once a week, for eight weeks, we meet online to help each other better understand this important book with help from discussion leaders Amy Willis, Andrew Humphries, and Janet Bufton.


Our discussion of Book Two focused on two topics, labour and money.


Smith uses the phrase “productive labour” in our readings for this week. But what does he mean by it?  In a modern context, most people think of productive labour as something that produces, well... value. He refers to lawyers, physicians, and even men of letters (like Adam Smith himself) as unproductive. Setting aside jokes about the quality of medical care during his time (there may have been one joke about leaches at this point in our conversation), it seems unlikely that Smith such men were of no value to society.


One possible interpretation suggested was that Smith was referring to the production of durable capital, such as the building of a road or canal. Yet his definition of production seems to leave room for goods that will last a much shorter time (perhaps some shoes) or perhaps even be consumed immediately (such as food).


We also spent a good deal of time in a discussion of money and banking. Money is one of those things which we all see and use often, but those who haven’t studied finance or economics may not understand how money actually works.


Further complicating matters is the issue that money in Smith’s time worked quite differently in Smith’s time than our own. Fortunately for us, we have one of the Smith Tweeters in our group! Her understanding of the context Smith was writing in proved invaluable.


Money in Smith’s day was backed by gold or silver. In fact, it often WAS gold or silver. Smith spends time expressing concerns about problems with bank notes, a relatively new innovation at the time. There are problems with coins – the precious metal actual wears down gradually over time, and they are susceptible to things like clipping, where a small amount of metal is removed, but the coin is passed on at face value.


Bank notes have their problems, too. Smith expresses concern that if banknotes become too widely used, they will threaten the stability of the whole monetary system. For that reason, he believes government regulation limiting the use of bank notes (which were then issued by private banks, rather than a central bank) is as appropriate as requiring fire barriers between adjoining houses. When the reckless actions of a few could threaten others, Smith says government intervention is warranted.


Smith’s discussion of money illustrated how differently this institution worked in his time than in our own. Writing more than 100 years before the founding of our modern central banks makes his conception of money strangely alien to us.  For those interested in the history of money and banking, Book 2 of the Wealth of Nations is a must-read!

I believe Smith was here referring to the work that does not contribute directly to the creation of specific good or service by manufacturer or trader, like in the case of their home servants. That's why he dubbed it 'unproductive' labor. I don't think that he meant that this type of labor does not contribute to country's GDP, for instance.