Reading the Wealth of Nations: Book 5 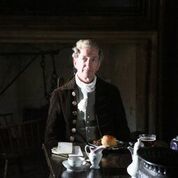 Smith asks questions with timeless appeal. What makes some countries rich? Why are others poor? What is the role of government?
This fall, the Institute for Liberal Studies hosted an online reading group for Smith’s most famous book, An Inquiry into the Natures and Causes of the Wealth of Nations. Once a week, for eight weeks, we meet online to help each other better understand this important book with help from discussion leaders Amy Willis, Andrew Humphries, and Janet Bufton.


In our discussion of Book 5 we discussed defense, justice, and (most especially) education with segues into gender, class, slavery, and religion.


In his discussion of the responsibilities of the sovereign Smith lists defense first. Is this because he views it as the most important role of government? It does seem that defense would be necessary before moving on to justice and education. If a nation is struggling with foreign invaders then building schools will probably not be a priority.


One participant pointed out that a government does not necessarily need to be the provider of defense. In Smith’s day, if not today, a well-armed civilian militia could have been enough to dissuade potential invaders. However, as Smith points out, it is only through government that a professional standing arming becomes possible.


Smith’s comments on education certainly hit a chord with our group, particularly his complaint that universities are built for the needs of the instructors rather than the students, which many felt reflected the contemporary system of higher education. (His claim that some professors have given up even the pretense of teaching is perhaps not quite true today, but certainly contains some truthiness.)


Smith saw it as a problem that professors were supported by endowed appointments rather than by voluntary payments from students as was common in Scotland. This idea seems strange to us today. Our group certainly worried that some students would pay a little more in the hopes of getting a better grade. Of course, if students are studying purely for the joy of learning instead of striving for grades, this problem might be avoided.


There was also some discussion of Smith’s views on the education of women, who were excluded from public institutions of education and were often taught entirely in the home. In describing their education as entirely practical and without anything “useless, absurd, or fantastical,” Smith created some confusion amongst our group. Do these words describe things which are not worth learning, or is he talking about art and literature which are less practical, but certainly important in a liberal education.


In a way, this nicely captured our experience in reading this book. Writing 250 years ago means that Smith’s language is often quite different from our own, as is the context in which he is writing. And yet, the Wealth of Nations continues to attract new readers, and draw some back over and over again.


This is not because Smith provides the blueprint for the perfect society – economic theory has advanced a lot since his day! Rather, Smith asks questions with timeless appeal. What makes some countries rich? Why are others poor? What is the role of government?


Many of the questions Smith asks have no universal answer, but reading a great book like the Wealth of Nations provides a venue for readers to ponder big ideas. Reading the book with friends allows us to better understand both Smith’s point of view and our own. It is through reading, thinking, and talking with others that we can pursue truth, even if we never quite agree on what it is.