Can Sympathy Compete in the Game of Thrones? 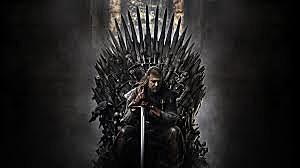 Adam Smith suggests in his Theory of Moral Sentiments that people are naturally disposed to have empathetic resonance with the fortunes of others. This may seem like it’s not a theory that will be of much help thinking about Game of Thrones, which recently concluded its eight-year run on HBO, since so many of the show’s characters seem to be sociopaths with no capacity for sympathy. The titular game requires people to be conniving and ruthless and makes fellow-feeling seem like a luxury. But if we look more closely we see the role Smithian sympathy plays even in this hyper-competitive world


For one thing, it’s really only those jockeying for power who are hyper-competitive. Most people in Westeros, like most people in the real world, are trying to make their way in the world. While the quasi-medieval setting of Game of Thrones seems to be a little deficient in robust commercial activity, there are artisans and farmers, and of course families and friendships. The Brotherhood Without Banners seems motivated entirely by sympathy for the plight of the common folk. But even the main characters are not all sociopaths.


Take Lord Varys, for example. Varys seems like one among many playing secret games for power. But his motivation is eventually revealed as genuine concern for how one regime or another would affect the people, and his machinations are driven by a desire to help the realm be better ruled. Contrast that with Lady Olenna Tyrell. She can seem empathetic, in her interactions with Sansa for example, but her behind-the-scenes moves are designed to advance her own house’s fortunes. If that means harm comes to Sansa, so be it. Another contrast might be found with Jaime and Cersei Lannister. While they are both self-absorbed when the show begins, Cersei gets ever more consumed with power, while Jaime gradually learns to be more sympathetic. But even in childhood, Jaime always looked out for their little brother Tyrion, whereas Cersei always tormented him. Perhaps this difference from their childhoods paved the way for their different paths over the series’ run.


More generally, a lot of what drives characters to make the choices they make is not power but loyalty. Obviously the show featured many episodes of betrayal for the sake of power, and many allegiances were based on self-aggrandizement. But the loyalty displayed by many of the characters can only be explained by their seeing something admirable in the object of their loyalty. Edd, Grenn, Pyp, and Sam all show a loyalty to Jon Snow that cannot be understood merely in terms of strategic benefit. This also explains how Brienne could become loyal to Jaime (and indeed vice versa).


The most notable appeal to a Smithian account of sympathy, perhaps, is in the show’s conclusion. Tyrion asks what it is that really holds a kingdom together – is it fear? Is it greed? And he suggests no, it is narrative. Stories are what hold the kingdom together, because stories use emotion to engage the moral imagination and give people something to admire. The more admirable the story, the more inspirational, the more people will be drawn to it. To be sure, there is a risk of manipulating people through false stories – this is a concern as old as Plato, and one that came up in season six. The argument Tyrion is making here, however, is that exciting the moral imagination in a positive way, giving people something “relatable” to admire, motivates allegiance and fellow-feeling much more strongly than fear or greed.


As the show demonstrated numerous times, fear and greed can easily be redirected. Smith notes, “Society may subsist among different men…from a sense of its utility, without any mutual love or affection; and though no man in it should owe any obligation, or be bound in gratitude to any other, it may still be upheld by a mercenary exchange of good offices according to an agreed valuation. Society, however, cannot subsist among those who are at all times ready to hurt and injure one another. The moment that injury begins, the moment that mutual resentment and animosity take place, all the bands of it are broke asunder, and the different members of which it consisted are, as it were, dissipated and scattered abroad by the violence and opposition of their discordant affections.” A really compelling story that gives people something to admire, Tyrion claims, will work much better in the long run than the threat of dragon fire.