Guns, Foreigners, and a Twist Ending

A Modern Lawyer and Smith’s Lectures on Jurisprudence, Part 5 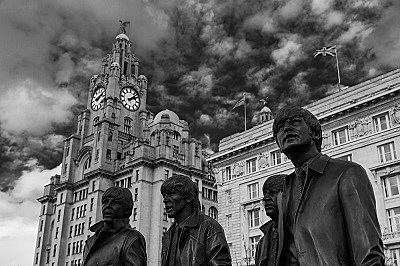 Clark Neily for AdamSmithWorks
After Justice, Police, and Revenue come the final two installments of Adam Smith’s 1762 Lectures on Jurisprudence: Arms and the Law of Nations. His treatment of those topics is notably concise, almost as if Smith had whipped out his pocket watch, saw that he was late for the lecture at Glasgow, and dashed off a few thoughts while waiting for the coachman to finish hitching the horses.
In fact, here is everything interesting Smith has to say on the subject of Arms: He warns that standing armies can prove “dangerous to the liberties of the people” because—try to follow his argument here—“the standing army generally takes the side of the king.” [544]. But, he hastens to add, “[t]his would never be the case if a proper militia were established.” Great minds think alike, and it turns out the cousins across the pond incorporated that precise insight into their new-fangled Constitution, which gave Congress the power to create a standing army while ensuring that the people would have the power to oppose it by recognizing their right to keep and bear arms. Thus, as James Madison assured his fellow Americans in Federalist 46, there is no reason to fear oppression from troops under federal control because

To these would be opposed a militia amounting to near half a million of citizens with arms in their hands, officered by men chosen from among themselves, fighting for their common liberties, and united and conducted by [state] governments possessing their affections and confidence.

Turning from the jurisprudence of Arms to the Law of Nations, Smith acknowledges that there isn’t much to it. Indeed, “we can scarce mention any one regulation which is established with the common consent of all nations, and observed as such at all times. This must necessarily be the case, for where there is no supreme legislative power nor judge to settle differences [among sovereign states], we may always expect to see uncertainty and irregularity.” [545] Or, as one law professor of my acquaintance explained even more succinctly, “The only thing you need to know about international law is that it’s all bullshit.” Quod erat demonstrandum.
A final passage in Smith’s lectures merits attention, both because it contrasts with so much of what surrounds it and because it sounds a cautionary note of particular significance. After extolling the virtues of opulence and economic growth for nearly 100 pages, Smith pulls an abrupt about-face and ends his lecture on Revenue with the recognition that “[t]here are some inconveniences...arising from a commercial spirit.” [539] According to Smith, the “disadvantages of commercial spirit” are these:
1. “The minds of men are contracted and rendered incapable of elevation” as a result of occupational specialization, whereby “a person’s whole attention is bestowed on the 17th part of a pin or the 80th part of a button.”
2. “[E]ducation is despised or at least neglected” to such an extent that people have no familiarity with spiritually redeeming works of art, literature, or philosophy and thus “have no amusement...but riot and debauchery.”
3. “[H]eroic spirit is almost utterly extinguished” among the citizenry and “[b]y having their minds constantly employed on the arts of luxury, they grow effeminate [i.e., soft] and dastardly.” [539-41]
“To remedy these defects,” Smith concludes, “would be an object worthy of serious attention.” Fast forward 200 years and 200 miles south of Glasgow, and four lads from Liverpool were encouraging an entire generation to do just that:

Say you don’t want no diamond rings
And I’ll be satisfied
Tell me that you want the kind of things
That money just can’t buy
I don’t care too much for money
Money can’t buy me love.

Adam Smith might not have recognized the medium, but he surely would have appreciated the message.