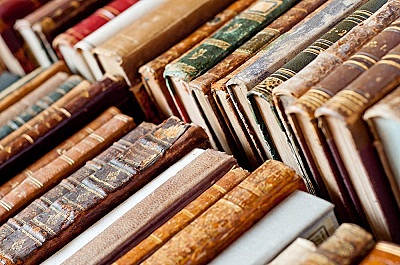 August 14, 2020
Readers of Adam Smith Works might have an unusual perspective when it comes to a book like How the Scots Invented the Modern World. Rather than general interest in how Scots have influenced the world, Smith aficionados have an interest in putting Smith in context. And this is a fine place to start.


Arthur Herman delivers a wide-ranging overview of Scottish influence on the modern world. Part One of the book covers the history from which the Scottish Enlightenment emerged and its most important epiphanies. Part Two covers the “Scottish Diaspora” and the influence of the Scots and their ideas as both spread around an increasingly globalized world.


Those looking to enrich their understanding of Smith will find Part One the most valuable. Herman sets the stage with the trial and execution of Thomas Aikenhead—the last execution for blasphemy in Britain—at the close of the 17th century. From here, Herman turns to the Acts of Union, the Jacobite rebellions, and Scotland’s emergence as a commercial heavyweight. All of these topics weighed heavily on the thought of Scottish Enlightenment thinkers. [1]


Herman’s chapters on ‘The Proper Study of Mankind’, devote a chapter each to the lives, education, and thought of “the never to be forgotten” [2] Francis Hutcheson and to Henry Home, Lord Kames. The competing visions of humanity and society offered by these men set the stage for much of Scottish Enlightenment thought.


In ‘A Select Society: Adam Smith and His Friends’, Herman discusses both Adam Smith and, to a lesser degree, David Hume. Hume is presented as a disciple of Kames’ view that society is grounded in self-interest. Smith is credited with bridging the gap between Hume’s thought and Hutcheson’s belief in an innate moral sense that promotes human happiness. This may be gratifying to readers on Team Smith, but Herman’s claim that “For Hume, self-interest is all there is” [3] will surely rub fans of Hume the wrong way. Plus, it’s hard to imagine that Smith would agree with Herman’s assessment of Hume. The background and context for Adam Smith’s thought are useful, but probably shouldn’t stand alone. [4]


Part Two of the book discusses the influence of the Scots after the Enlightenment. But again, this book should only be the beginning of reading on the topic.


Scots have had a wider influence than anyone could have expected when the Acts of Union were signed. Herman gives the Scots credit for inventing everything from log cabins to socialism to general physicians to the British Empire. There’s truth in every claim. But Herman includes so many examples that it’s impossible for him to put the claims in context. As a result, many feel far-fetched. There’s something to be said for a book that motivates its readers to learn more, but it can be overdone.


Part Two also offers what may be a useful corrective. It can be easy for fans of the Scottish Enlightenment to focus on Scotland’s positive contributions to history and thought. Herman shows how Scottish history, thinking, and culture lay behind American Scots-Irish honour culture and even the character of pro-slavery politicians like Andrew Jackson. Scottish thought also gets blamed for sidelining emphasis on political liberty in order to justify brutal crackdowns by the British under colonial rule.


Even when reading timeless philosophical works, it’s important to understand the world in which they were written. And it’s silly to speculate about where different lines of thought could lead without looking at where they did lead. Those who want to understand the history of the Scottish Enlightenment and speculate about its lasting influence should find the survey of both provided in How the Scots Invented the Modern World useful in deciding about what they’d like to learn more. 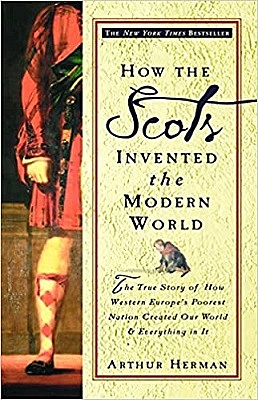 [1] Would you like to know more? A Short History of Scotland Before the Scottish Enlightenment and an overview of The Scottish Intellectual Tradition before the Enlightenment can be found on Adam Smith Works.
[1] Smith, Adam. “To Dr. Archibald Davidson, November 1787”. Correspondence of Adam Smith. Liberty Fund. p. 309.
[1] Herman, Arthur. (2001) How the Scots Invented the Modern World: The True Story of How Western Europe’s Poorest Nation Created Our World and Everything in It. Broadway Books. p. 200.
[1] You can also learn more about Main Figures of the Scottish Enlightenment at Adam Smith Works.

Thanks for this review, Janet! The title definitely suggests someone's interest in advancing a very strong thesis (a publisher, perhaps, if not Mr. Herman), but I appreciate how you highlighted those areas where the book nevertheless shines, as well as where interested readers would be well served to read more widely.